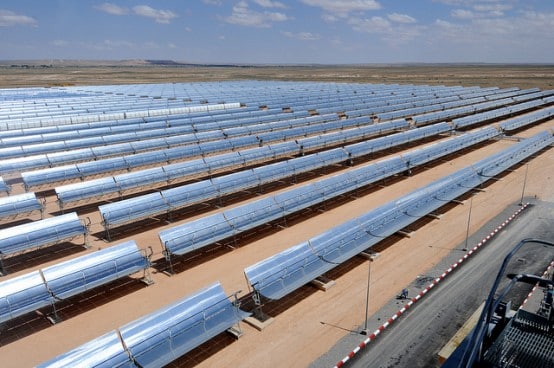 The UK has pledged an additional $187 million to the CTF, raising the total amount of funds pledged to $5.3 billion, however, a gap remains in terms of funds received. The November 2014 CTF trust fund committee meeting welcomed “the acceleration of the development and implementation of [CTF] projects and programmes as well as disbursement rates”, but raised concerns “that the projected shortfall of resources would impact projects in the pipeline … as early as the second quarter of 2015.” The committee called on donor countries to “meet their pledges in a timely manner”, to reduce uncertainty. The April semi-annual operational report reconfirmed the concerns, estimating “a shortfall in resources starting in December 2015”, with a total funding shortfall of $313 million by end of FY 2016.

Following discussions in the June 2014 committee meeting, it was agreed to set up an early warning mechanism for the margin “between the projected CTF net income and the potential losses on outgoing CTF financial products” (see CIFs Monitor 10). The early warning would allow the committee to consider actions to mitigate anticipated losses. An April paper reviewing the “minimum threshold margin between CTF projected net income and projected losses as a key risk indicator” will be discussed at the May committee meeting. The paper noted that since “the strategic objectives of the CTF necessitate a significant exposure to the risk of losses, options to avoid, reduce or transfer risk are extremely limited and many traditional risk responses are simply not applicable to the CTF”. Due to lack of historical data, it suggests that the CIF administrative unit, in collaboration with the trustee, use a “cash flow model to examine different scenarios based on different assumptions impacting the CTF’s net income and projected losses, and determine the CTF margin level under stressed conditions as well as extreme adverse conditions.” This stress testing should be reported on a quarterly basis in CTF’s enterprise risk management dashboard. It recommends that “establishing a target or minimum threshold for the CTF margin is unnecessary at this time”.

Furthermore, during the CTF November 2014 committee meeting the CIF administrative unit was asked to work with the trustee and MDBs on a paper on CTF pricing policies, which was released in April, to be considered at the May committee meeting. The paper examined “whether the CTF’s current lending terms remain appropriate, whether opportunities exist to increase the CTF’s net income by modifying the current lending terms, and the impacts of any further alignment of these terms with the IDA’s lending terms.” It concluded that the CTF “should continue to monitor the CTF’s lending terms and review these terms again in the future if there is a significant replenishment of CTF funds, and rise in interest rates”, but that it should “not change its lending terms at this time”.

The CTF results report was released for the November 2014 committee meeting, reporting back on the 2013 revised results framework (see CIFs Monitor 7). It measured progress on CTF’s five core indicators for 37 projects (19 private sector and 18 public sector projects in 13 countries, representing $2.6 billion of CTF funds) as of June 2014 against targets set for the expected closure of the projects and programmes, however, not all projects reported on all indicators:

All projects and programmes should report on the first two indicators, while the remaining indicators depend on the nature of the project or programme. Furthermore, all projects or programmes approved after December 2012 should include a development co-benefit. Out of these projects five are yet to identify development indicators. Where available, the indicators broadly fell into “general themes of job creation, household benefits, increased access to renewable energy and energy efficiency savings, private enterprise growth, national policy development, and improved environment.” Household benefits, the second largest co-benefits category, included household savings, comfort, and access to energy efficient appliances and water. Two projects/programmes reported that they have received or are in the process of seeking carbon finance.

The report noted that comparing achieved GHG emissions across projects and programmes “remains a challenge given the different methodologies used by the MDBs”, however, efforts are being made to harmonise the methodologies.

India and Indonesia’s investment plans are undergoing revisions with support from the MDBs since October 2014. The revised plans are currently being reviewed by the respective governments before they go to the CTF committee for decision by mail. It is the first revision for India’s investment plan and the second for Indonesia.

The project will “support the access of SMEs [small and medium-sized enterprises] to the market for specialised EE [energy efficiency] financial and technical services, so as to enable them to invest in measures that reduce high energy costs, at the same time lowering exposure to potential increases in energy prices … CTF resources will be combined with IDB/MIF [Multilateral Investment Fund, IDB’s private sector window] investment and grant resources with the following objectives: i) funding a comprehensive set of technical assistance and capacity building activities of crucial need to overcome non-financial barriers; and ii) sharing the first loss position in the facility (either as guarantees or equity) to allow for a significant level of debt leverage … that would allow the facility to increase its scale … and reduce the cost of funding to be able to provide adequate financing terms for borrowers, and iii) allowing sufficient demonstration across a number of technologies, applications and financing models”.

Germany approved the decision provided that when “the CTF allocation of $2 million will be shifted from grant funding to (first-loss) guarantee/equity, it will be classified as a higher risk profile financial product.”

The UK asked the IDB to “explain why the SME sector has been chosen as opposed to other sectors?” It also noted: “There is no mention of the number of jobs, potential health benefits, that could be created through this project. Could the project team please elaborate further on the developmental benefits of the project?”

The IDB responded: “relative to larger corporations with stronger balance sheets, SMEs face significantly higher challenges in terms of access to finance … Secondly, SMEs tend to have fewer energy supply alternatives and therefore fewer opportunities to reduce energy costs”. It noted that the focus will be on medium-sized SMEs, given that “transaction costs are often too high to make very small EE projects economically viable. … Larger corporations may also access financing from this facility in cases aligned with the programme’s rationale and demonstration objectives.”

It outlined development benefits, including energy savings and increased competitiveness of SMEs. On comparisons with other finance mobilised: “we would strongly caution against looking at the related metrics (cost effectiveness, leverage) without a robust comparative analysis of other aspects, such as grid emission and other baseline factors, market segments and technologies targeted, and – most importantly – additionality of CTF resources in each operation, as these elements can result in misleading metrics and understanding of the efficiency and leverage of the interventions.”

Vietnam: call for compliance with safeguards

The programme aims to establish “an integrated and sustainable public transport system”. It consists of two investment operations: “(i) Ha Noi Metro rail system line 3: Nhon – Ha Noi station section (project 1) which will develop a new double track metro rail line in Ha Noi, including stations and depot facilities, and the electrical and mechanical (E&M) systems … and (ii) strengthening sustainable urban transport for Ha Noi metro line 3 (Project 2), which will implement sustainable transport measures for the effective and sustainable use of the metro line 3”.

Japan approved the project, but requested “the ADB, the government of Vietnam and Hanoi to re-ensure the full compliance of the ADB’s safeguard policy statement and the Vietnamese policies throughout the project implementation. In particular, a special attention will be required to the involuntary resettlement and consultation processes in Hanoi.”

CTF is piloted in 15 countries and one region. In Phase I (2008-2010) 13 investment plans were endorsed: Colombia, Egypt, Indonesia, Kazakhstan, Mexico, Morocco, South Africa, Thailand, Turkey, Ukraine, Vietnam, Philippines; and the Middle East and North Africa (MENA), covering Algeria, Egypt, Jordan, Morocco and Tunisia. A further three plans have been endorsed in Phase II (after 2010): Nigeria, India and Chile. Furthermore, expressions of interest to join CTF have been received from Costa Rica, Jordan, Pakistan, Peru and Uruguay.