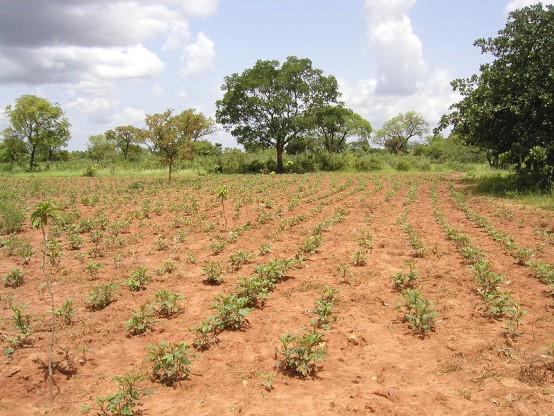 During the November 2014 CIFs meetings the UK announced a further contribution of up to $195 million for the FIP, with final allocation depending on progress in programming the new resources. In addition to this, FIP has $56 million in unallocated resources. Despite the UK pledge, the FIP April semi-annual operational report noted that “there is a clear funding shortfall to advance investments in the eligible and suggested list of new FIP pilot countries.”

Following the June 2014 decision to look into options for the use of potential new funding for FIP, the November meeting discussed the proposed alternatives (see CIFs Monitor 10). The sub-committee agreed that to advance the consideration of new countries eligible for FIP funding the countries should be invited to submit expressions of interest by end February. It further agreed that unallocated and previously pledged resources should be made available “to existing FIP countries on a competitive basis to complement activities supported under their endorsed investment plans.” The sub-committee asked for comments on the criteria and procedures for the selection of the new pilot countries, the allocation of resources to the existing pilot countries, and the working modalities of the expert group.

In its comments the UK proposed the following criteria for the selection process: potential to contribute to climate change mitigation and generate enhanced co-benefits through reducing deforestation; country readiness; capacity to implement and realise transformational impact; and geographic balance.

Brazil proposed that potential new countries should not be evaluated by their participation in other international REDD initiatives “but by the national commitment to mainstreaming FIP investment in ongoing policy framework and the potential to lead to reduced greenhouse gas [GHG] emissions.” They called for the current criteria for FIP pilot country selection to be used, which would “provide an equal and fair opportunity for new countries to be considered.” Furthermore, “In light of the resources that will be provided for new pilot countries, resulting from additional pledges provided in 2014, between four to six additional pilot countries could be selected for the FIP – considering that adequate resources will be reserved for financing the DGM [Dedicated Grant Mechanism, see box] projects in the new countries, and that the allocation of FIP resources for additional countries will be proportional to the allocation provided for current FIP pilot countries.” On the latter, they proposed a phased approach where all countries would receive a set amount, based on the original allocation. In the second phase, any additional pledges to FIP would be distributed through a competitive process.

The November 2014 sub-committee meeting welcomed progress made in advancing FIP, but noted “with concern the delays in the preparation of the remaining projects in the FIP pipeline”, and asked the CIF administrative unit and the MDBs to explore measures to speed up the process. It also noted “the challenges in developing and implementing small-scale private sector projects”, and encouraged the MDGs “to make their best efforts to find solutions for the development of these projects as part of the FIP set-aside mechanism.” Furthermore, it asked that future reports should include “information on the implementation of the FIP at the country-level, including information on how FIP supports the REDD+ agenda in the FIP countries and how FIP and other ongoing REDD+ mechanisms, such as the FCPF [Forest Carbon Partnership Facility] and the UN-REDD programme, collaborate at the country level”.

The concerns about project delays were reiterated in the April FIP semi-annual operational report, which noted that 10 projects worth $141 million had been in the pipeline for over 16 months and that six projects worth $39 million had no estimated approval date. Indonesia and Peru have less than 50 per cent of their allocated resources approved.

According to the FIP April semi-annual operational report the CIF administrative unit is “seeking to better understand ways to strengthen private sector engagement in the FIP”, including co-funding a study with IBRD on “stimulating private sector engagement in REDD+ sustainable forest management and landscape restoration efforts.” The study will aim to “broaden the understanding of how productive use of forests and forest projects could significantly contribute to increased climate change mitigation outcomes … [and] identify options for enhanced private sector REDD+ sustainable forest value chain and landscape restoration investment efforts and engagement strategies.” Furthermore, the May SCF committee meeting will discuss a proposal for a new SCF private sector facility. It is proposed that $15 million ($10.8 million grant, $4.2 million loan) from the Brazil FIP set-aside concept Commercial reforestation of modified lands in Cerrado should be transferred to the new facility.

The FIP results report was released for the November 2014 committee meeting, reporting back on the revised results framework, with a focus on “the agreed core indicator themes relevant for their FIP investment plan”, focusing on baselines and targets for category 1 and 3, as per below (category 2 baselines are expected to be zero):

FIP allows pilot countries to use their own national monitoring and reporting systems and methodologies, however, the report noted differences in “detail and quality”. Highlights from the country reports included:

The report noted several challenges for reporting on “aggregate baselines, estimated targets and actual results at portfolio level”, including that “indicators used for each reporting theme differ from country to country”, also noting the “varying availability and accuracy of data and information across the countries” . Furthermore: “For most countries more information is needed on the methodology used to identify the baselines and targets for used indicators in each country report”. Limited capacity was also mentioned as a constraint as was the “long and complex processes associated with stakeholder participation”. The report concluded that the roles and responsibilities of all parties need to be clarified “in the FIP monitoring and reporting process, in particular those of the country focal points, the MDBs, (including the lead MDB) and the CIF administrative unit.”

As a next step, the CIF administrative unit will work with the pilot countries and the MDBs to identify measures to further improve results monitoring where appropriate, including through a dedicated session during the June meeting with the FIP pilot countries.

The project is designed to address “key sectoral challenges … to: (i) improve the enabling environment and incentives for better stewardship and investment by local institutions, communities, and farmers; (ii) improve and diversify livelihoods for communities as an alternative to forest degrading activities; (iii) coordinate and harmonise incentives across multiple layers of institutions and stakeholders for improved livelihoods; and (iv) capitalise on climate change as a focal initiative and financing opportunity … through upstream policy interventions, practical landscape level pilot demonstrations, capacity building, and communications efforts to improve understanding and practices and to prepare for wider replication and scale up.”

The UK asked for elaboration “on the ownership rights of the emission reductions generated by the programme”. Furthermore, the UK noted that “there are no … mitigation actions provided in the project design, especially on the impact of monoculture plantations on biodiversity.” The US seconded the request for mitigation actions, and asked for a clarification of the safeguards category for the project.

IBRD responded that the emissions reductions programme “is still under development, but the expectation is that emissions reduction payments would apply at the programme or landscape level, and would be subject to benefit sharing approaches developed through community consultations”. On mitigation actions: “There are potentially some limited environmental and social risks and impacts associated with [project] activities. The corresponding mitigation actions are covered in detail in the project safeguards instruments.”

The FIP is a financing instrument aimed at assisting countries to reach their goals under reducing emissions from deforestation and degradation (REDD+). It was set up in 2009 and aspires to provide scaled up financing to developing countries to initiate reforms identified in national REDD+ strategies, which detail the policies, activities and other strategic options for achieving REDD+ objectives. It anticipates additional benefits in areas such as biodiversity conservation and protection of the rights of indigenous people.