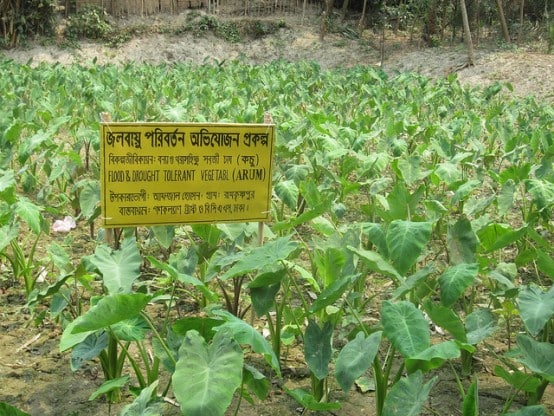 According the PPCR April semi-annual report a projected shortfall of $20.5 million in funding by April (see CIFs Monitor 10) was offset by a further contribution from the UK of at least $78 million for the PPCR, with final allocation depending on progress in programming the new resources, announced during the November 2014 CIFs meetings. The funding is now estimated to last until end 2015, with a projected shortfall of $26.8 million by end of FY 2016.

The November 2014 sub-committee meeting agreed to invite eligible countries to express interest in joining the PPCR. The list provided in the related document listed 121 eligible countries, however, according to the PPCR design document priority should be given to “highly vulnerable least developed countries eligible for MDB concessional funds, including the small island developing states among them”. The CIF administrative unit and the MDBs were asked to make arrangements for the process, including setting up an expert group to review the applications and provide recommendations. The expert group’s recommendations, based on expressions of interest from 33 countries and one region, were presented in an April report. The expert group identified a ranking list of 15 countries with the highest scores, combining the three evaluation criteria “relatively highest vulnerability, best enabling environment, and best potential capacity for implementation”: Philippines, Rwanda, Ethiopia, Bhutan, Uganda, Honduras, Kyrgyz Republic, Madagascar, Malawi, Gambia, Guyana, Guatemala, Benin, Kenya, and Burundi. The recommendations will be discussed in the May sub-committee meeting.

Expansion of the private sector set-aside

The November 2014 sub-committee meeting discussed a proposal on procedures for expanding the private sector set-aside (see CIFs Monitor 10, 9, 8). The meeting agreed to expand invitations to “eligible low and lower middle income countries”, with a minimum funding envelope of $50 million. The sub-committee asked for the document to be revised with agreed changes, which was circulated and approved in January.

The purpose of the expanded set-aside is “to explore market opportunities for the private sector to engage in climate resilience and adaptation activities by including a wider range of countries”. The reason for the new approach is “based on the analysis of the current PPCR portfolio and emerging lessons from the first two rounds of the PPCR private sector set aside process”. Furthermore: “The expansion would enhance the competitive scope of the set-aside, allowing the best opportunities and projects to be funded while good practices are deepened and South-South learning be enhanced. Regional proposals are welcomed if well justified within the scope of the expanded PPCR set-aside.” The paper proposed that all low and lower middle income SCF countries should be invited to participate in the scheme since “there are promising examples available of private sector investments in addressing the impacts of climate variability and change in non-PPCR countries which might stimulate interest and replication opportunities in the PPCR pilot countries.”

In 2015 submitted concepts will be reviewed in two periods, with deadlines in mid-June and mid-December. A minimum of $40 million of the annual funding envelope will be available for the first period, with any unendorsed funds rolling over to the second period. A consultation process will be held with interested SCF pilot countries “to articulate country-specific themes”, including addressing national priorities and enabling environment conditions, that could be included in the call for proposals. Submitted concepts will be reviewed by an expert group, which will also interact with MDBs and project proponents. The expert group’s report will be submitted to the PPCR sub-committee for decision. MDBs can also submit project concepts and programmatic proposals.

Furthermore, the May SCF committee meeting will discuss a proposal for a new SCF private sector facility. It is proposed that the PPCR Cambodia private sector set-aside project Integrated climate-resilient rice value chain community should be removed from the project pipeline and that the $5 million freed-up resources ($3.2 million grant, $1.8 million loan) should be transferred to the new facility.

The PPCR results report was released for the November 2014 sub-committee meeting, reporting back on the 2013 revised results framework (see CIFs Monitor 7), based on reports from 15 out of 18 pilot countries. It measured progress on PPCR’s five core indicators as of March 2014. Pilot countries with at least one MDB approved project/programme were required to report on all of the core indicators, while others only needed to report on the first two. Furthermore, there are six optional indicators.

The report also identified challenges for reporting, including that the PPCR reporting is generally not integrated into the national monitoring system and that there are issues around scoring criteria for qualitative indicators not being set: “scores are currently subjective”. While stakeholder participation is one of the key principles of the PPCR results monitoring system, not all countries have yet involved all relevant stakeholders, in particular civil society and the private sector.

Germany: “the proposal states that ‘no impacts on biodiversity are expected to occur’ [for the river defense system]. However, as an earlier environmental and impact assessment in 2010 concluded that construction works may result in an increased volume of pollution entering the marine environment, we recommend laying out which mitigation measures are planned in order to prevent negative environmental impacts”.

The UK: “We feel that gender aspects of this programme could be improved. The current proposal takes a passive approach to monitoring gender, rather than using opportunities to identify how women and girls can better benefit, and any barriers to this, which could be addressed by the project and measured.”

The project aims to strengthen Haiti’s “institutional capacity to provide hydro-meteorological [hydro-met] and climate information services customised to the needs of the civil protection and agriculture sectors, which contributes to increasing disaster and climate resilience … through: (i) integrating existing hydro-met data collecting networks into a national data platform and strengthening capacity for data archiving, validation, and analysis; and (ii) identifying hydro-meteorological and climate services’ requirements for select end users (including agriculture and civil protection).”

Germany raised no objections to the project, but noted that “the proposal does not state how [the] gender-sensitive approach will be pursued, i.e. how the project intends to tackle the specific challenges to provide women with hydro-meteorological and climate information.” It recommended the inclusion of greater detail of “strategies to ensure a high share of female beneficiaries.”

The UK seconded Germany’s comments, adding: “The gender sensitive approach should be further elaborated in the early stages of the project, and setting stretching tangible targets. For example it is unclear what value the target ‘percentage of users expressing satisfaction’ will provide, without knowing how many are reached by the services.”

The PPCR aspires to demonstrate how climate risk and resilience can be integrated into core development planning and implementation. PPCR funding is disbursed in two phases, to support two types of investment: first, technical assistance to allow developing countries to integrate climate resilience into national and sectoral development plans, resulting in a Strategic Program for Climate Resilience (SPCR); and second, funding for the implementation of this programme.

As of end 2014, $1.2 billion had been pledged to the PPCR. A total of $1.1 billion had been allocated for 75 projects and programmes, including $75.4 million for 10 projects under the PPCR private sector set-aside. Out of this $808.3 million has been approved for 47 projects.