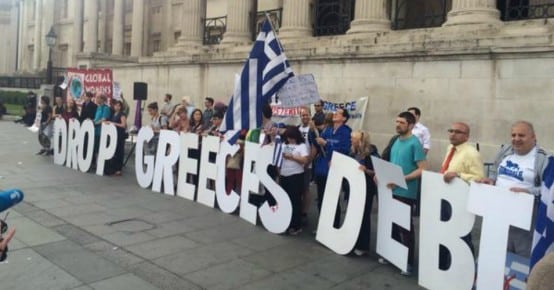 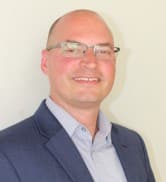 As the Observer went to print, it remained unclear whether Greece would repay the €1.5 billion ($1.7 billion) due to the IMF by end June and risk exit from the eurozone and even the EU. Based on a May blog, Bodo Ellmers of Eurodad argues in this analysis that the IMF loan should not be repaid, not just for Greece’s benefit but for the Fund’s own long-term good.

Whoever loses in a debt crisis the IMF is always off the hook. Greece should not just postpone loan repayments to the IMF but default on them (see Observer Spring 2015). This would help to finally reform the IMF from political puppet into a real and effective crisis response instrument. It is common practice that borrowers grant preferred creditor status to the IMF, and pay off the Fund loans in full and in a timely manner. Whilst the IMF’s preferred creditor status is not written into international law or in the IMF’s own Articles of Agreements, all countries traditionally stick to this practice.

Repaying the IMF often comes at high cost to borrower countries’ development and for their other creditors who often also have to take a haircut. The fact that everyone repays the IMF means that lending is essentially risk-free for the Fund. And as in all other cases when lending is considered risk-free, the lender is encouraged to act irresponsibly.

Political hijacking of the Fund

The IMF’s participation in the lending to Greece through the Troika (with the European Central Bank, ECB, and European Commission) since 2010 has been primarily to the benefit of Greece’s private creditors. It was clear from the start that Greece was insolvent and that the bail-out loans would not put the country back on a debt sustainability track. Ninety per cent of the loans went straight to private creditors. Greece would have to refinance payments to creditors who then left the country. Greece would never be able to repay the bail out loans, as these measures did not even begin to address the insolvency problem, but simply changed the creditor structure from bondholders to the Fund, ECB and European Commission.

Until the Greek crisis, the IMF’s own rules required that a country with an unsustainable debt burden restructure and reduce its private debt burden before it could access IMF loans. However, some of the IMF’s ‘major shareholders’ were interested in saving their own banks and investors who had lent recklessly to Greece. In 2010 the IMF executive board quickly passed the ‘systemic exemption clause’, which legalised the loans to Greece. Among foreign banks, French banks were the primary beneficiary of the lending; German and British banks were second and third.

The coalition of ‘major shareholders’ in favour of a bailout was strong enough to overcome resistance by more prudent voices. Paulo Batista, who represents Brazil and other Latin American countries on the IMF board and was present for the original decision to lend to Greece, confirmed in March that the Fund “gave money to save German and French banks, not Greece … [and] put too much of a burden on Greece and not enough of a burden on Greece’s creditors” (see Observer Spring 2015).

This Greek tragedy is just one of many irresponsible lending cases that the IMF has had to conduct due to political pressure by the ‘major shareholders’, which tend to hijack this international institution with its nearly universal membership of 188 countries for their vested economic and geostrategic interests. A recent example is the generous IMF lending to Ukraine, which is clearly beyond any debt sustainability considerations (see Bulletin Nov 2014).

Often it is the smaller IMF members that try to prevent the IMF from engaging in irresponsible lending operations, but the IMF’s ‘one dollar – one vote’ voting system gives small economies little influence (see Observer Autumn 2014). Moreover, under the current system, the IMF always gets its money back. No matter how irresponsible the lending, it is all too easy to convince the IMF’s board to sign off on politically-motivated loans that make no economic sense.

The most effective way to prevent irresponsible lending is to make it clear to lenders that they won’t get their money back if they lend irresponsibly. This is why Greece should default on the IMF loans and force the IMF to write them off. This would substantially strengthen the more prudent voices in the IMF decision-making processes.

Only by introducing a default-risk can the IMF be turned into a responsible lending institution. Only by including the IMF in sovereign debt restructurings when these are needed can we ensure in future that IMF resources are not used to bail out private creditors. Greece, by defaulting on its IMF loans, could trigger an overdue accountability process that would make the IMF stick to its core business, refrain from political lending on behalf of ‘major shareholders’ and provide emergency liquidity to countries in situations of exceptional shortages of finance according to clear and just rules.