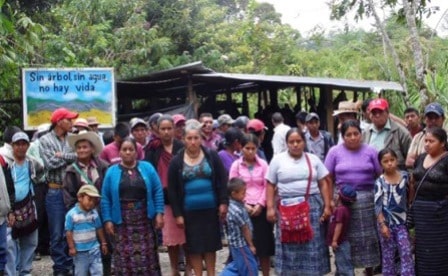 A week ahead of the IMF and World Bank April spring meetings in Washington, a group of ten NGOs led by Oxfam released a report titled The suffering of others, which provided evidence of the negative human rights impact of the International Finance Corporation’s (IFC, the World Bank’s private sector lending arm) investments through financial intermediaries (FIs, see BWP April 2015).

While acknowledging some positive steps taken by the IFC, as reflected in its 2014 technical briefing for the board, the report argued that the IFC remains unable to meet its commitments to “do no harm” and to undertake due diligence in the process of identifying and managing risks and impacts, as required by its 2012 sustainability framework. The report also noted that the lack of disclosure of its investments through FIs in high-risk projects deprives communities of access to the IFC’s grievance mechanism.

A week after the NGO report’s release, the IFC responded with a letter highlighting steps taken to address the report’s concerns. Noting that its work “involves taking risks”, the IFC stated that its “work through FIs provides much-needed access to finance for millions of individuals, homes, and micro, small, and medium-sized enterprises – far more than we would ever be able to reach on our own”.

Reacting to the letter, in an early July response to the IFC, NGOs emphasised that it is imperative to distinguish financial risk, which could be justified in cases where the IFC is providing needed finance to underserved sectors of the economy such as small and medium enterprises, from environmental and social risks such as those detailed in report, which the IFC is obligated to avoid. The NGOs recognised that the IFC’s response and its April presentation to the Bank’s board include a number of positive steps, but requested clarification on a number of issues, including the extent to which the risk assessment to inform client selection will move beyond private equity investments and encompass all FI subprojects. The NGOs also proposed that third party input into the risk appraisal be incorporated into the process. Reacting to the IFC’s commitment to review “the top exposures of the Fl’s portfolio to determine its exposure to high-risk sectors”, the NGOs requested that this information be available to the executive board and made public, thus greatly increasing the accountability of the client selection process.

On the IFC’s commitment to emphasise country context in its decision-making around risk and to become more selective with clients and higher risk transactions, the NGOs have asked how the proposed mechanism will link to the World Bank Group’s Country Diagnostic and Country Partnership Framework and how the process will integrate civil society input.

In its response to the report, the IFC stressed that its ability to be more transparent is constrained by banking regulations that “restrict disclosure of investments within their portfolios” and that it “moved beyond [its] current Access to Information Policy requirements to begin disclosing all private equity fund subprojects.” While recognising that the disclosure of private equity fund subprojects is a positive development, the NGO letter referenced the IFC’s accountability mechanism, the Compliance Advisory Ombudsman’s (CAO) audit of Honduras’ largest bank, Ficohsa, in which the IFC has invested (see Bulletin Sept 2014). The audit found that “it is unclear to CAO why IFC cannot require regular disclosure in relation to FI subprojects.” The NGOs maintained in their letter that “the presumption of banking client confidentiality can be overturned by regulation or agreement with the client” and that there is no prohibition against disclosure by clients of their relationship with the bank. They noted that in most jurisdictions security regulations require publicly listed companies to disclose their debts and that financial database companies, such as Bloomberg and Thompson Reuters, disseminate the type of information demanded by communities and NGOs to those who buy licenses for their products.

The NGOs also observed that the IFC requires its direct clients, as a condition of financing, to agree to the disclosure of the investment and that there is therefore no reason why a similar arrangement could not be made with regards to the sub-investments of FI clients. They noted that the IFC’s performance standards “contain an implicit requirement for disclosure, as FIs are obliged to establish grievance mechanisms that are known and accessible to people affected by their investments.”

The NGOs recommended that the IFC require FI it invests in to obligate their clients of a certain size, risk profile and sector to disclose their investments.  They called on the IFC to collect and help disseminate this information through a dedicated website.

Speaking in April during the Bank spring meeting, Cecilia Mérida, a leader from the Guatemalan community of Santa Cruz impacted by an IFC FI investment  (see Bulletin Feb 2014), asked: “What are the human costs of the loans, given the social and environmental safeguards are not working? The human costs are extremely high and very harmful. They translate into persecution, killings, imprisonment, and criminalisation.”