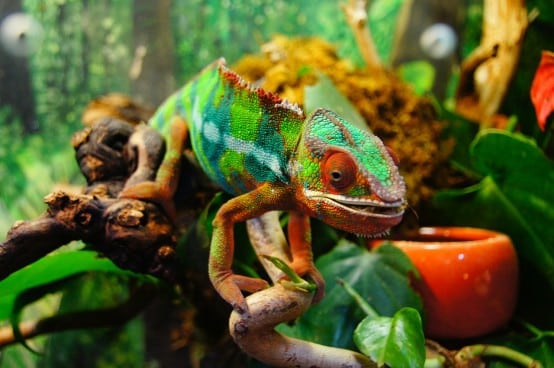 The March issue of the IMF’s Finance and Development magazine showcased a forthcoming research paper on the impact of trade unions and minimum wages on inequality. The findings contravene claims by anti-union ideologues and, yes, the IMF itself in the past that unions adversely affect inequality by creating an insider-outsider division.

The new findings show what academic researchers and trade unions have long known: unions reduce inequality in the distribution of income. The IMF finds that high unionisation reduces the income advantage of top income groups relative to the bottom and middle incomes. According to its research, the decline in unionisation explains a sizable proportion of the increase in inequality due to the increase of the top income share since 1980.

This research adds to other recent work by Fund researchers related to inequality. In 2011 and 2014 IMF researchers Jonathan D. Ostry and Andrew Berg reported that more egalitarian economies are associated with higher and more durable growth. In 2013 the IMF concluded that “Inequality of wealth and income can lead to wasted productive potential and a misallocation of resources, undermining long-run growth.” These findings were reconfirmed in their latest June research paper on inequality which showed that increasing the income share of bottom and middle incomes has had a strong, positive effect on GDP growth. An increase in top incomes was shown to reduce medium-term growth projections “suggesting that the benefits do not trickle down.” The IMF paper also reaffirms that “better access to education and health care and well-targeted social policies … can help raise the income share for the poor and the middle class.”

Confronted with the inconsistency between its research and policies, the Fund likes to emphasize its commitment to “protecting the most vulnerable” in country programmes such as in Greece

Assessing the relation between inequality and fiscal policy in January 2014, the IMF found that “Reductions in the generosity of benefits and less progressive taxation have decreased the redistributive impact of fiscal policy since the mid-1990s.”

Given these findings one might expect the IMF to press countries to adopt policies that encourage unionisation and strengthen collective bargaining, increase the generosity of benefits and make taxes more progressive, with the promise of gains not only for workers but for economic growth overall. Quite the opposite has occured, its own research notwithstanding: IMF policies continue to undermine incomes of working class families and trade unions activities. In almost all programme countries, wages and employment in the public sector have been put on the chopping board of austerity. For European countries in particular this was just the start: in Portugal (2011-2014), Romania (from 2009) and Greece (from 2010) IMF lending agreements after the crisis weakened employment protection, abolished or severely limited the scope of national collective bargaining, restricted the use of extensions, shortened the validity of collective agreements, and extended the scope for bargaining by non-union representatives.

The phenomenon of saying one thing and doing another in this context was described as “Gattopardo economics” by researcher Thomas Palley in 2013; i.e. cynically presenting the same old response as if it were a major change in order that everything can stay the same. In other words, the IMF is driving the discussion on inequality to cover up the policies they pursue which seem more geared to securing future foreign investor’s profits at the expense of workers than to encourage growth by tackling inequality.

Confronted with the inconsistency between its research and policies, the Fund likes to emphasise its commitment to “protecting the most vulnerable” in country programmes, such as in Greece. It claims that pension cuts target highest pension recipients and supplemental pensions, it supports employment programmes for young people, and enhances health care access by handing out vouchers for the uninsured. The reality in Greece is very different. What happened to the retired in Greece? The share of the population aged 65 and over in or at risk of poverty doubled from 16 per cent in 2010 to 33 per cent in 2013, according to Eurostat. Over 200,000 young and highly educated people left the country in hope of a better future elsewhere. The World Health Organization estimates that roughly 2 million Greeks, one fifth of the total population, have lost health care coverage since 2011. Health vouchers that were valid for four months and non-renewable were supposed to cover 230,000 people until the end of 2014, but by March 2014 only about 23,000 vouchers were issued. Charity organisations in Greece report that the humanitarian crisis has reached levels not seen before in a developed country context.

If the IMF had paid attention to evidence rather than ideological preconceptions, it would have had a very different policy stance. If it had a serious interest in avoiding future crises it would have seized the opportunity to re-regulate the financial markets instead. The Fund would have looked at the experience of Northern Europe in achieving high levels of quality employment through centralised collective bargaining and comprehensive social protection. Hopefully the Fund will do a better job in the not-too-distant future when the Great Recession may return to centre-stage and the continuing flaws in the global (and European) financial system re-emerge.