The World Bank and energy 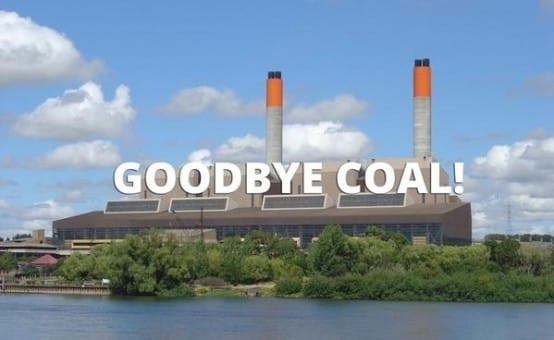 Energy is a crucial economic sector which has a disproportionate influence on a developing country’s ability to increase economic growth and reduce poverty. Energy access is crucial to improving people’s livelihoods. Currently around 1.3 billion people in developing countries lack access to electricity. Critics have complained the World Bank’s energy investments have not increased energy access for the poorest in developing countries and have instead resulted in environmental damage and human rights abuses. The Bank has historically allocated the majority of its funding to fossil fuels and continues to invest in new oil, coal and natural gas projects.

Why is this important?

The Bank is amongst the biggest lenders to the energy sector in the world. It has a direct role in shaping energy policies and sources in developing countries. In terms of energy access, instead of prioritising poor households the Bank has often promoted large-scale and export-orientated projects which provide cheap energy for multi-national energy-intensive industries. For example: the Medupi coal power plant in South Africa has been criticised because it will mainly provide energy for a mining company.

A 2014 study by US NGO’s Oil Change International and Sierra Club found that between 2011 and 2013 just 7 per cent of the Bank’s energy portfolio aimed to increase energy access for the poorest. Instead of support for large-scale centralised energy provision, civil society has called for de-centralised off-grid energy networks as the best way to directly increase energy access for poor rural communities. The Bank also influences developing countries energy mix by investing in fossil fuels indirectly through its support for power transmission networks and/or through financial intermediaries. The Bank has been criticised for promoting privatisation of the energy sector. In Nigeria privatisation of the state electricity company did not increase energy access for the poor, while in Albania the privatisation of hydropower plants led to increased public debt. The proposed large-scale Inga 3 hydropower project in the Democratic Republic of Congo is set to receive both public and private financing.

What are the key milestones in World Bank energy policy?

Mid-1990s: Bank reduced funding for large dams after repeated criticism. It has funded an estimated 600 dams since the 1940s at a cost of $100 billion.

2008: Bank committed to stretch targets to make half of its energy investments ‘low carbon’ by 2011.

2010: Review begins of Bank’s energy strategy but the process stalled in 2011.

2012: Bank joined the United Nations Sustainable Energy for All initiative

However, according to US-based NGO Oil Change International’s figures the World Bank Group invested around $18 billion in fossil fuels between 2008 and 2012, around $8 billion on renewable energy (e.g. energy efficiency, geothermal, small hydro, solar and wind) and $15 billion on “other” energy projects (e.g. large hydro, nuclear, biofuels, charcoal and incineration). The way the Bank defines renewable energy is contested because it also includes large hydropower, biofuels and biomass which are documented to have significant negative environmental and social impacts that undermine their definition as ‘clean’ energy,

Between July 2012 and June 2013 the Bank provided nearly $7 billion in energy lending. Around $2.7 billion was for fossil fuels, $1.7 billion for clean energy, and $2.6 billion in “other” energy projects, including large hydropower.

What is the history of civil society criticism?

Dams have been criticised because they have displaced communities, destroyed biodiversity and been subject to severe corruption. The World Commission on Dams 2000 report found “While dams have delivered many benefits and made a significant contribution to human development, in too many cases the price paid to secure those benefits, especially in social and environmental terms, has been too high and, more importantly, could have been avoided.”

1978: Indigenous communities massacred to clear way for the Chixoy dam in Guatemala

What is happening on this issue now?

In 2013 the World Bank released a new energy directions paper saying it will focus on funding for natural gas, large hydroelectric projects, energy efficiency and renewable energy. It also said it will “provide financial support for greenfield coal power generation projects only in rare circumstances” unless there are no feasible alternatives or financing. A sample of current emblematic cases include the Bank’s funding for controversial coal plants in Kosovo, Indonesia and India, investments in natural gas projects in Nigeria, Egypt and Ivory Coast and is returning to large-scale hydropower projects, most clearly through support for the Inga 3 dam in the Democratic Republic of Congo.

Bank support facilitated $1 billion in private investment in LNG on the island, despite the green credentials of natural gas being widely debunked.

The Bank’s new Africa energy strategy offers it an important chance to mainstream achieving SDG7 into its energy lending on the continent.

CAO audit finds IFC failed to identify gaps in project’s social and environmental assessment, while communities impacted by the project face impacts on water source, livelihoods and levels of violence.

A new civil society report criticises the World Bank for not doing enough to help meet Sustainable Energy for All (SEforAll) objective of achieving universal energy access by 2030.

The World Bank and energy