Women, Business and the Law 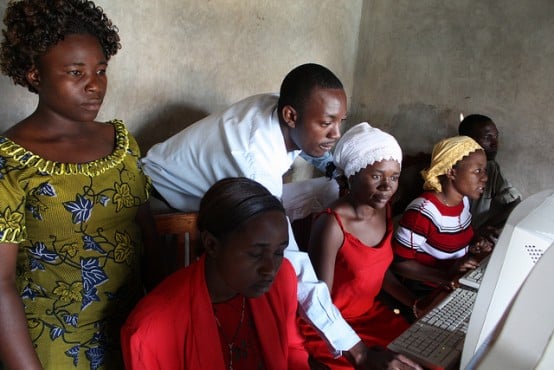 Major problems with the World Bank’s approach to its new gender strategy have been identified by shareholders and NGOs in its public consultation which closed in July (see Observer Summer 2015).

According to the Bank’s concept note, which formed the basis for consultation, the new gender strategy will “place particular emphasis” on “the creation of more and better jobs … and … access to productive assets”. However, the Women’s Economic Justice (WEJ) working group of UK-based Gender and Development Network, raised concerns that the “focus of the … strategy … is limited in its scope and analysis”. In a July joint consultation response WEJ commented that it “neglects core social determinants of gender equality, such as health, education, autonomy and freedom from violence that are not only women’s human rights … but impact on the economic opportunities of women worldwide.” WEJ co-chair, Chiara Capraro of Christian Aid, argued that “it is critical that the strategy recognises the need to tackle the structural barriers of gender injustice that women face such as the disproportionate responsibility they bear for unpaid care work, spending at least two and a half times more than men. The macroeconomic policies that the Bank promotes have a direct impact on women’s time and wellbeing and this needs to be addressed.“

In light of an April NGO report led by Oxfam which highlighted the negative impact of IFC investments via financial intermediaries (see Observer Summer 2015), the WEJ submission criticised “the weight given within the gender strategy to engage the IFC (International Finance Corporation, the Bank’s private sector arm) in advancing gender equality”. On infrastructure, the WEJ submission also pointed out that the Bank’s push for “large scale ‘transformational’ infrastructure” risks negatively impacting “women and children in particular”.

At a July consultation event in Brussels World Bank staffer Ana Maria Munoz Boudet emphasised that the strategy would be implemented across the Bank Group, with gender included “in every possible aspect”. However, the WEJ submission noted that the restructure of the Bank into 14 global practices risks creating “a disconnect between different global practices, and in particular, of the [gender] cross-cutting solutions area, falling into the gap.” In April, the Bank’s Independent Evaluation Group identified this to be the case in respect of gender and early childhood development (see Observer Summer 2015).

The Bank’s approach to its new gender strategy has also been criticised by its shareholders. The Nordic-Baltic Constituency (NBC), which represents eight countries including Sweden and Lithuania commented: “The human rights perspective is weak in the concept note. The NBC would like to emphasise the need of a strong link to the international human rights framework in the strategy, including a reference to the CEDAW [Convention on the Elimination of all Forms of Discrimination Against Women]. The WBG has been very outspoken on the important role of CEDAW and gender equality from a human rights perspective for a long time and on the highest level.” Gender activists have repeatedly called for the Bank’s new environmental and social framework, which will replace its safeguards policies, to incorporate a standalone gender standard (see Observer Spring 2015, Bulletin Sept 2015). The second draft of the framework, published in early August, (see Observer Autumn 2015) does not contain a gender standard.”

The Bank has confirmed that the strategy will be submitted to the board in the final quarter of 2015, and is expected to be published by December.

The Bank published its biennial Women Business and the Law report in September, which assesses women’s economic empowerment based on gender discriminatory laws. The report covered an additional 30 countries and found, as in 2013, that 90% of countries had at least one law that impeded women’s economic opportunities

Women, Business and the Law