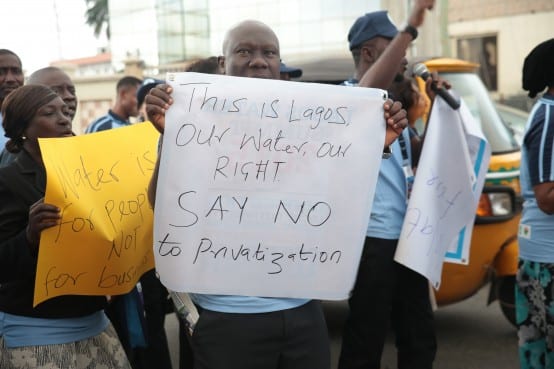 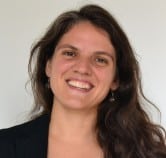 In Lagos and around the world, members of civil society and institutions like the World Bank disagree about whether water infrastructure and distribution should be financed and managed by public entities or for-profit concerns, but what lies at the heart of the water privatisation debate is two sharply contrasting approaches to water governance. In essence, democracy itself is being contested.

Lagos, Nigeria – where 90 per cent of 21 million residents lack daily access to clean, safe water – is at the center of a global struggle over the future of municipal water (see Observer Summer 2015). A broad swathe of civil society, including environmental, labour, women’s, and human rights advocates, points to the World Bank and its four decades of pro-privatisation policies as the source of Lagos’ water problems. In contrast, the World Bank and the corporatised Lagos State Water Corporation (LSWC) have called for increased privatisation in the form of public-private partnerships (PPPs, see Observer Autumn 2015).

The World Bank Group’s 2013 strategy, and its resulting Strategic framework for mainstreaming citizen engagement, recognise that “integrating citizen voice in development programmes” is necessary to fulfil its goals to end poverty and build shared prosperity – but World Bank-backed water privatisation projects have not lived up to this standard. For example, in the Philippines, Manila Water Corporation (MWC) – an International Finance Corporation (the World Bank’s private sector arm) investee – has ignored activists’ calls for lower water rates and better coverage. MWC has allegedly violated the laws of the Philippines, recently bringing a Manila regulator to international arbitration for attempting to rein in illegal rate hikes.

In Lagos, the World Bank has supported LSWC’s creation of a so-called stakeholder engagement policy, but the resulting programme falls far short of fostering true citizen participation, instead its stated aim is to “enlighten” Nigerians to build support for privatisation. The policy states that “water supply is still widely considered more of a social good than as an economic good,” which is characterised as “a challenge that must be faced with a persistent enlightenment campaign [emphasis in original].” For LSWC, the ultimate goal is “raising the price of water or charging for it where it has been historically free,” which it hopes to achieve with the help of billboards, adverts and “customer care” services – tools of a public relations campaign, not of democratic deliberation.

Public water advocates at the August Lagos Water Summit rejected such “citizen engagement processes that … neglect input from independent citizen advocates.” The summit was hosted by Environmental Rights Action/Friends of the Earth Nigeria and Amalgamated Union of Public Corporations, Civil Service Technical and Recreational Services Employees, and convened more than 150 attendees who demanded a collective voice in the city’s water policy. They called water privatisation “a new form of colonialism aggressively marketed by the World Bank and its corporate partners, that defines success in terms of profit rather than universal affordable water access” and called for “strong, democratically controlled water systems across Africa and the world.” With international partners Corporate Accountability International, Public Services International, Transnational Institute, Asian Peoples Movement on Debt and Development, and Freedom from Debt Coalition, the summit connected with a growing global movement for democratic public water governance. Since the beginning of the century, 235 cities worldwide have rejected privatised systems. For example, in Indonesia, the Constitutional Court found that a 2004 World Bank-backed water law violated the human right to water, and a Jakarta court ordered the city to remunicipalise its water system.

The current debates over water and democracy show that the World Bank is still dogged by the tensions of the 2000 ‘water wars’ in Cochabamba, Bolivia, in which an undemocratic privatisation led to months of mass protests until the utility was remunicipalised (see Update 27). Since Cochabamba, the Bank has increasingly promoted PPPs rather than sales or leases of water systems. These new ‘partnerships’ leave costly infrastructure investment responsibilities with the public, while corporations profit from operation and management contracts. Civil society from Lagos, Manila, Jakarta and beyond argue that the World Bank privatisation model continues to prioritise private sector needs over democratic decision-making. While the World Bank’s policies support robust citizen engagement in theory, there is little evidence the Bank has respected these policies in spirit or in practice. “For more than a year, we’ve been shouting that we don’t want a privatisation scheme in Lagos”, said Auwal Ibrahim Musa Rafsanjani of the Civil Society Legislative Advocacy Centre, “What is the point of a citizen engagement process that disregards the voices of the people?”