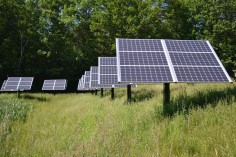 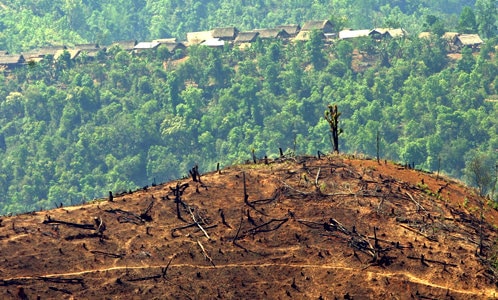 Following the November decision to invite new countries eligible for FIP funding to submit expressions of interest to join the programme (see CIFs Monitor 11), and based on the recommendations by the expert group and funding available, the May sub-committee meeting approved six new countries: Congo Republic, Ecuador, Guatemala, Ivory Coast, Mozambique and Nepal. It further agreed that each country will be provided with a preparation grant of up to $250,000, with an expectation that their investment plans are put forward for endorsement within two years. Furthermore, up to $145 million will be available to fund “a number of the project concepts identified.” Additional grants of up to $30 million will be made available for the Dedicated Grant Mechanism (DGM, see box). However, the sub-committee warned that “FIP resources are insufficient to fully fund the future investment plans of all high ranked countries”, and clarified that the new countries are expected to also “actively seek resources from other bilateral or multilateral sources”.

Despite the funding concerns, the sub-committee also agreed to provide $2.25 million to an additional nine countries (Tunisia, Bangladesh, Zambia, Cambodia, Cameroon, Guyana, Honduras, Rwanda, and Uganda) to develop investment plans, but “with the clear understanding that there are no FIP resources currently available for the implementation of these investment plans”. It urged the countries “to actively seek resources from other bilateral or multilateral sources to fund the investment plans” together with the MDBs. Any country that is unable to complete an investment plan within two years will be replaced by one or more of the countries that remain on the expert group’s list. Furthermore, the sub-committee asked the CIF administrative unit to develop a proposal for an independent expert group tasked to offer support for all new countries.

Contingent on available resources, the sub-committee also expressed an interest in “potentially pursuing” new concept notes from the current pilot countries: one from Laos (IBRD), one from Ghana (IBRD) and two from Brazil (IDB and IBRD). Moreover, it asked sub-committee members to submit comments on two project concept notes: one from Burkina Faso (AfDB) and one from Democratic Republic of Congo (AfDB). On the latter, FIP civil society observer Global Forest Coalition in a May blog questioned how the establishment of large-scale oil palm plantations could be defined as “agroforestry”. The blog asked why “the establishment of oil palm plantations would contribute to reducing deforestation in a country where plantations have been identified (in a UN-REDD report) as one of the drivers of forest loss.”

In an August decision the sub-committee agreed that an indicative funding allocation of up to $24 million should be provided to each of the six new pilot countries, however, it reiterated that the countries are also expected to “actively seek resources from other bilateral or multilateral sources.” It stated that “all allocation amounts are indicative for planning purposes” contingent on “high quality investment strategies and associated project and programme proposals.” On the DGM it proposed that “the global component could receive up to 10 per cent (or $3.0 million) of the newly allocated resources.” Prior to the approval the US questioned the proposed allocation of grant funding to Mozambique and Ivory Coast, noting “that they are receiving less than 50 per cent grants in the proposed allocation, and are not sure that this is consistent with the debt sustainability framework for low income countries.” Furthermore: “we would like additional information on the proposed $3 million allocation to the global component of the DGM. How was this figure arrived at? What specific additional costs will the DGM global component bear as a result of the addition of DGM programmes in these six countries?”

A draft document on linkages between FIP investments and performance-based mechanisms, which compared FIP with the Forest Carbon Partnership Facility and provided options to “improve the coordination of international REDD+ finance” given the limited scale of finance available, was discussed in the May sub-committee meeting. The sub-committee noted that the current funding level is insufficient to address the financial needs of developing countries and that “in many cases a combination of investment and incentives will be required”. Given the “complexity of the issues analysed” and the “divergence among the views of various stakeholders”, the sub-committee called for comments to be submitted to the CIF administrative unit. The sub-committee further requested that where appropriate new FIP countries and the MDBs should include information on the coordination of REDD+ finance when designing FIP investment plans, projects and programmes. It asked the CIF administrative unit, in collaboration with the MDBs, to present status updates for these countries in the FIP semi-annual report.

The project is implemented together with the International Union for the Conservation of Nature, with the objective is to “to strengthen the capacity of targeted local communities (LCs) in five regions of Burkina Faso to participate in the REDD+ programmes at local, national and global levels.” It consists of three components: the development of managerial, technical capacities and skills of local communities; support for the development of economic and sustainable natural resource management activities; and funding for coordination, management, monitoring and evaluation.

Civil society observer Global Forest Coalition raised questions about the definition of forests, which it argued “seems to be vague and very broad [which] could lead, among other things, to confuse tree plantations with real forests. … We believe that the promotion of tree plantations is not necessarily linked to forest conservation and certainly not to conservation and enhancement of biodiversity.” It also cautioned that the lack of clarity on the type of species to be used in mixed forests and woodlands “could lead to the use of alien species that are ecologically harmful for the remaining natural landscape.”

The project aims to support “priority investment in addressing drivers of deforestation and forest degradation.” The higher objective is to reduce greenhouse gas emissions and enhance carbon stocks “while generating livelihood co-benefits”. The development objective is to “build institutions and local capacity to enhance partnerships and improve the decentralised management of forests.” It also aims to improve “local participation and spatial planning … to reduce unplanned deforestation and forest degradation.” It consists of three elements: “improving the national and subnational legal, regulatory, and institutional context; capacity building for all relevant stakeholders; and learning-by-doing in 10 KPHs [forest management units] and disseminating the lessons and insights.”

The UK noted: “There appears to be an inherent risk in the dual role of KPH as both regulator and service provider, as the roles seem to create a conflict of interest.” The US asked: “Will the project in any way support or promote industrial scale logging in primary tropical forest areas in Indonesia?”

The IBRD responded that roles and functions will be clarified through technical assistance, which will also aim to remove the conflict of interest. Furthermore, it added: “The safeguards instruments will also require certification of forest enterprises that are harvesting timber, helping reduce the conflict of interest.” No response to the US question was publically available at the time of writing.

The project objective is to “support indigenous peoples in selected communities in the Peruvian Amazon in their efforts to improve their sustainable forest management practices.” It will finance three components: native community land titling; indigenous community forestry management; and activities focused on improving the governance and sustainability of the DGM: “All components will include activities or methodologies intended to increase capacity for forest governance at the community level.” It will be implemented together with WWF Peru.

The UK raised issues regarding project delivery, governance and capacity issues, including on the complex governance structure: “It is not clear to us how the capacity of local grant recipients will be developed to the point that they will be able to put forward good quality proposals. We would also appreciate further assurances regarding the capacity to implement activities in the field, often in remote areas.”

The US asked for further information about the eligibility criteria for timber harvesting projects mentioned in the project document, and called for the criteria to include “a requirement to demonstrate that the extraction is in fact sustainable and meets World Bank safeguard requirements, and would not include industrial scale logging in primary tropical forests.”

The IBRD responded: “The main justification for what seems like a very complicated implementation arrangement is to address precisely what you identify in your comments as one of the challenges for this sort of project; how to reach the intended beneficiaries who live in very remote areas and are not easily reached (and by consequence are often excluded from many development projects) and who may not have the capacity or prior experience to prepare and implement their own proposals? During preparation, this issue was discussed many times and it was felt that direct implementation by the communities via their representative federations and organisations was the most appropriate and cost effective way to ensure that the DGM actually benefits these communities and not international consultants or NGOs as is often the case.” No response was publically available at the time of writing regarding the US comments.

The objective of the project is to “strengthen the capacity of targeted indigenous peoples and local communities (IPLCs) in 16 territories and at national level to participate in REDD+ oriented land and forest management.” It will be implemented together with the Wildlife Conservation Society. Project activities “will be geared towards strengthening community capacity to: engage on policy; participate in land-use planning, production practices and organisation; and to develop as entrepreneurs and businesses. FDCS will also finance demand-driven local investments held by community organisations. This approach complements, and contributes to government’s ongoing efforts to engage non-state actors, in particular local communities in sustainable natural resource management.”

The UK asked how long-term impact will be sustained through the multiple projects “particularly if scattered across a wide area”. It also questioned how local communities with non indigenous people will be represented. Furthermore: “How will the risk of competing interests between group representatives or self-interest be handled, and how will the influence of group composition on project selection be addressed?”

The IBRD clarified that the project will prioritise “integrated community projects that are part of a local vision for development rather than a collection of small initiatives.” It emphasised that non-indigenous local communities face “similar constraints” to indigenous peoples local communities and have therefore been included in the consultation process. On conflict of interest issues, the IBRD stated that this is part of capacity building and that the organisations “should find their own solutions by themselves (in a culturally appropriate manner)”, but that it will pay particular attention to “elite capture”, which had been identified as a specific risk.

The FIP is a financing instrument aimed at assisting countries to reach their goals under the reducing emissions from deforestation and degradation (REDD+) initiative. It was set up in 2009 and aspires to provide scaled up financing to developing countries to initiate reforms identified in national REDD+ strategies, which detail the policies, activities and other strategic options for achieving REDD+ objectives. It anticipates additional benefits in areas such as biodiversity conservation and protection of the rights of indigenous people.