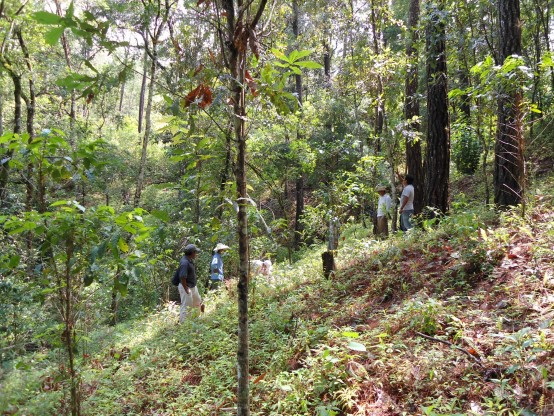 2015 was a landmark year for forests. The importance of forests was formally recognised in the December 2015 Paris Agreement of the UN Framework Convention on Climate Change Conference of the Parties (COP) 21, as nearly all tropical forest countries included forests in their national climate change commitments (Intended Nationally Determined Contributions, or INDCs), and dozens included concrete goals regarding forests. Moreover, new research validated the critical role forests play in climate change through, for example, continued carbon sequestration in existing forests and reforestation being recognised as major actions necessary for the stabilisation of CO2 levels.

As national governments pursue emission reduction targets in a post-COP21 world, the World Bank is well-placed to lead the charge in reducing deforestation and enhancing forest livelihoods. In the face of both external opportunities and internal change at the World Bank, the institution is faced with a watershed moment. Will the Bank step up and take a leadership role in reducing deforestation and enhancing the livelihoods of forest dependent peoples? Or will it continue to primarily promote an agenda of deforestation as a byproduct of development finance in other sectors?

Investing in sustainable forest management by local communities is a powerful tool to reduce poverty and enhance local livelihoods. A strong and growing body of evidence demonstrates that forest management has been a pathway to overcome poverty and an incentive to conserve forests. According to a 2015 report by the UN Food and Agriculture Organization, along with reducing poverty, forests provide goods and services that are not always valued in monetary terms, such as food, fuel, construction materials, and medicines critical to the livelihoods of an estimated 2.4 billion people worldwide. Challenges must still be overcome in order to ensure and maximise the significant social and economic potential of forests, among them: securing land rights; improving local community and government capacity for negotiation and decision making; overcoming excessively complex and restrictive regulatory frameworks; and ensuring sufficient access to forest resources, information, services and markets.

A strong and growing body of evidence demonstrates that forest management has been a pathway to overcome poverty and an incentive to conserve forests.

The World Bank’s engagement in the forest sector has made positive contributions to the promotion of community forest management in some countries, most notably in Mexico. To understand the World Bank’s history of support in the Mexican forestry sector, it is important to take into account that, as a result of the Mexican revolution, over half of the country’s forests are owned and controlled by rural communities. After decades of struggle, communities gained control over their forests and, in the process, gathered significant lessons regarding social organisation and collective action on resource management. Control over the use of forest resources by communities has led to positive experiences in community forest management throughout the country. During the 1990s and 2000s, such experiences were fostered by federal policies supported and financed by the World Bank’s Mexico Community Forestry Project (PROCYMAF) which recognised the importance of the forest sector and the role of communities as partners of such sustainable development. World Bank financing for Mexico’s forestry sector has therefore played a major role in strengthening community forest management and triggering local development based on tailored approaches. Three decades later, the World Bank’s engagement in the forest sector in Mexico continues through the active Forests and Climate Change Project,where the Bank promotes community forest management and the establishment of community-led enterprises in Mexican forested regions.

The World Bank’s investment in Mexico is frequently cited as an exceptional example of success in fostering long-lasting advances in national forest management. The Bank investment in the forest sector has by no means been as positive or successful in other countries, such as the Bank’s highly problematic policy lending in the Democratic Republic of Congo’s forest sector (see Observer Spring 2015). However, the case of Mexico demonstrates the Bank’s potential to be a positive force in national conservation and poverty alleviation through strategic, long-term engagement in the forest sector, focused on community forestry.

To position itself as a global leader on forests, the Bank must make a commitment to forest conservation at the highest level, coupled with a strengthening of its institutional capacity, policies, and forest strategy. Currently, the Bank’s work in the forest sector is highly marginalised. With insufficient staffing and budget, lack of forest expertise on most project teams, and insufficient recognition of the link between forests and poverty, the Bank is ill-prepared to attract and provide much needed national investment in forests. The ongoing World Bank social and environmental safeguard review offers an opportunity to enact strong policies protecting forests peoples and prohibiting deforestation, though the current draft environmental and social framework represents an unprecedented step backwards in terms of forest policy. The draft framework removes the entire existing operational policy on forests, replacing it with a standard focused exclusively on biodiversity, to the exclusion of all other values of natural ecosystems. The proposed biodiversity standard removes key sustainable forest management criteria, includes unclear language on forest certification and logging (including a new loophole on logging), and downgrades restrictions on projects in protected areas. The standard also removes key requirements for engagement with local communities and forest peoples, and no longer includes explicit protection of areas recognised as protected by traditional local communities.

The World Bank’s Forest Action Plan (FAP, see Observer Autumn 2015), currently under internal review, which defines the Bank’s strategy for engagement in the forest sector from 2016 to 2020, could be a timely vehicle for the introduction of a progressive agenda and ambitious goals for the Bank’s forest portfolio. Despite civil society concerns, the text of the FAP will not be publicly available until after it has been finalised and approved. The structure of the FAP as presented by the Bank to civil society organisations during stakeholder dialogue sessions in November, appears to be on the right track as it contains two primary pillars on sustainable investments in forestry and “forest smart investments” outside the forest sector, and includes three crosscutting themes: participation and rights, institutions and governance, and climate change and biodiversity. However, in light of the lack of details of the FAP’s content and the proposed mechanisms to ensure successful cross-sectoral implementation, it remains impossible to assess the document’s merit and potential impact.

To truly play a leading role in addressing the global forest loss crisis the Bank must take strong action in two areas: firstly, by supporting investments which create an enabling environment for forest conservation and management, such as community forestry, land tenure reform, and forest governance; and secondly, by halting deforestation and degradation resulting from operations in sectors that drive deforestation, such as energy & mining, transportation, and agriculture. A June review by the Bank Information Center of the World Bank’s portfolio in 13 key tropical forest countries demonstrated that the International Bank of Reconstruction and Development (IBRD, the Bank’s middle income lending arm) and the International Development Association (IDA, the Bank’s low income lending arm) invested $106 billion in transportation, energy & mining, and agriculture from 2008 to 2014, compared to only $2.9 billion in forests during this same time period. Mexico is the only country included in this analysis in which IBRD/IDA forest sector investment is of the same order of magnitude as investment in these other three sectors.

Such a commitment would be consistent with the World Bank’s goals to promote shared prosperity and eradicate extreme poverty, align with Bank rhetoric on climate change, and position the Bank to support the forest-related commitments included in dozens of INDCs. We call upon the Bank to take advantage of this critical juncture of circumstances by commiting to forest conservation and management and to the enhancement of forest peoples’ rights to their forests, through strong safeguard policy language, a progressive FAP, mobilisation of support to INDCs, and a commitment to phase deforestation out of its portfolio. Through such efforts, the Bank could replicate its positive role in Mexico’s successful experience with community-based forest management globally.