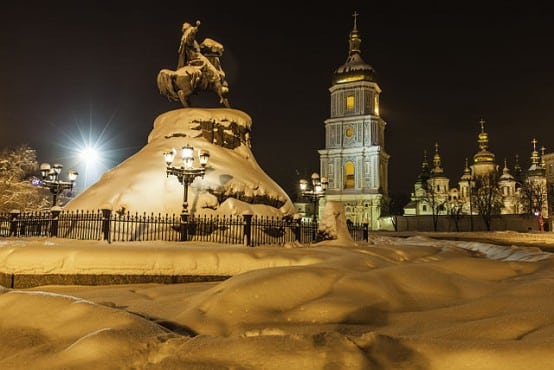 In late 2015, the IMF’s $17.5 billion loan programme with Ukraine came under threat as it appeared the IMF’s “non-toleration of arrears to official creditors” was about to be triggered. The long-standing rule forbade the IMF from lending to countries in default for their debts to official or sovereign creditors, as opposed to private creditors. In mid-December, Ukraine failed to meet its final payment of a $3 billion debt to Russia’s Gazprom, causing Ukraine to be in default. Though Ukraine had contested the debt’s status as official, in December the IMF executive board recognised Russia as an official creditor. As a result, the entire loan package to Ukraine, approved in March 2014 (see Observer Spring 2014), could have been under threat of forced termination.

However, this situation was pre-empted as the IMF executive board revised its policy in early December by allowing lending to countries in default under certain circumstances, including when the IMF loan is considered “essential” and the debtor is making “good faith efforts” to reach agreement with the creditor. Relaxation of this rule permitted the Fund to continue lending to Ukraine despite Ukraine’s non-payment to Russia. Coincidentally, in February, Ukraine’s state monopoly agency imposed a $3.5 billion fine on Gazprom for allegedly abusing its monopoly control of Ukraine’s natural-gas transit system.

Bodo Ellmers of Belgium-based NGO Eurodad called the reform “an overdue change” and said that “countries must have the chance to stop debt service to safeguard scarce public resources – whether to official creditors or not – and still get support from the IMF. It is worrying however that no clear criteria have been defined on the application of this rule. Decisions will be made on a case-by-case basis by the IMF’s executive board. This leaves a lot of room for political manipulation by the IMF’s major shareholders. The fact that the reform was hastily approved because Russia’s holdout strategy threatened the IMF’s Ukraine programme proves how political the game is.”

Making it possible for the IMF to lend into arrears was an overdue changeBodo Ellmers, Eurodad

In response to Ukraine defaulting on its debt to Russia, Russian finance minister Anton Siluanov told reporters that legal proceedings would be filed in London “before the end of January”. Addressing these proceedings, Ukrainian prime minister Arseniy Yatsenyuk said in late December at a government meeting that “we are in full gear, ready for battle in court with the Russian Federation.”

The IMF announced in early December that the allocation of the third tranche of its loan agreement depended on Ukraine’s parliament approving the 2016 national budget and tax reform measures, including higher taxes on alcohol, tobacco and agricultural products. The news agency Agence France-Presse reported that the reforms were finally passed after an “acrimonious all –night debate”, with finance minister Natalie Jaresko posting on Facebook that “the process was long and painful”. The conditionalities of the loan package include redundancies in the public sector, deregulation, taxation of natural resources, freezing and reducing of pensions, privatisation, and education reforms that require closure of 5 per cent of Ukraine’s schools, according to Eurodad.

Vasyl Shilov of the Federation of Trade Union of Ukraine (PFU) wrote in October that the IMF loan has “supported the new government to devalue the hryvnia by 200 per cent, achieve 50 per cent inflation rate, decline GDP by almost 50 per cent in comparison with 2013, increase unemployment, reduce the standard of living by a quarter, impoverish 80 per cent of the population, and bring the minimum wage and pension to a record low – $50-60 per month.” Reforms introduced since the bailout also increased utility tariffs threefold on average, and gas tariffs sevenfold in some areas.