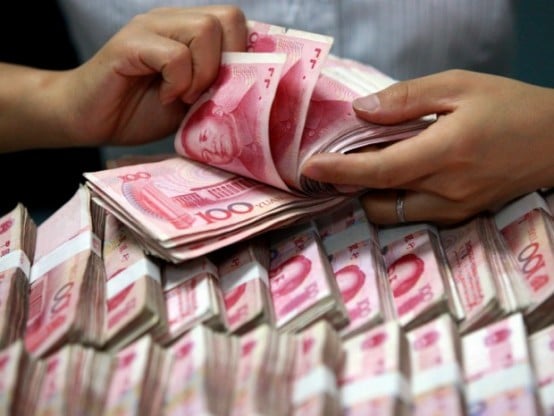 In late November, the IMF confirmed that China’s currency, the remnimbi or yuan, will be included in the IMF’s calculation (the ‘basket’) of the value of its international reserve asset, the Special Drawing Right (SDR), from October 2016. Created in 1969, the SDR is a form of internal asset used by the IMF to allocate countries’ financial obligations within the Fund (see Update 65). The SDR is not a currency in itself, it is used by the IMF as a system of account. Member countries are allocated an amount of SDRs according to the financial quota contributed to the Fund. SDRs can be used to make payments toward quota increases and settle debts owed to the IMF.

The Chinese currency will be treated as a reserve currency alongside the other SDR currencies (the US dollar, euro, pound sterling and yen). It will be easier for any country’s central bank to use the yuan as a reserve or store of value, to exchange with their own currency or pay international debts. The inclusion of the yuan in the SDR basket means that developing countries, which have increasing trade linkages with China, can keep the yuan as part of their reserves and use it to settle trade with China. This is one of the ways in which China’s global economic influence is expected to increase as a result of the inclusion. The yuan will represent a 10.92 per cent share, or weighting, of the SDR’s value. The yuan will have a greater weight than sterling or yen, which will drop to 8.09 and 8.33 per cent respectively, and will reduce the euro’s share to 30.93 per cent from 37.4. The dollar will remain almost unchanged at 41.73 per cent of the SDR’s value. The new formula to calculate the SDR provides greater importance to financial variables and less to exports. China has long advocated that its economic weight and global importance should be reflected by the inclusion of the yuan in the SDR basket. To achieve this, the yuan had to be considered by the IMF to be ‘freely usable’, e.g. easily convertible.

In November, IMF managing director Christine Lagarde called the inclusion a “clear indication of the reforms that have been implemented and will continue to be implemented”. Following the announcement, the People’s Bank of China (the Chinese central bank) confirmed that it will “deepen and accelerate economic reforms and financial opening up”. Despite significant global attention, news agency Reuters interpreted the IMF’s announcement as “largely symbolic, with few immediate implications for financial markets”. Chinese national news agency, Xinhua, disputed this view in a late November article arguing that the IMF’s decision is “more than symbolic”. It pointed out that as London’s financial hub “has been working hard over the past few years to develop [itself] as a center for remnimbi trading”.

Uncertain as to whether the IMF would indeed endorse the yuan’s inclusion, China implemented a “flurry” of reforms designed to ensure successful inclusion, including better access to Chinese currency markets for non-Chinese investors and more frequent issuance of debt and longer yuan trading hours, according to Reuters. The article also reported that financial markets would “remain cautious as long as China did not fully liberalise capital controls or allow the currency to float freely”. August reforms designed to enable markets to have a greater say determining the yuan’s exchange rate led the currency to lose value.

Kevin Gallagher, of Boston University, argued that “critics have held China to a double standard.  Japan, France, and even the United States had capital controls in place when they joined the SDR basket.” Paola Subacchi, of UK research institute Chatham House, wrote in the Nikkei Asian Review in December that the “five years to push the yuan’s transformation into an international currency … has been remarkable”, noting that 25 per cent of China’s trade is now conducted using its own currency as opposed to less than one per cent in 2009. However, she cautioned that due to the controls China continues to maintain on capital flows into and out of China “there is no guarantee that progress will continue … the yuan remains a currency with limited international circulation” . Subacchi concluded that until it is fully liberalised “any suggestion that the yuan may one day rival the dollar … is wishful thinking”. In contrast, Gallagher argued that “China will continue to need to regulate capital flows in order to ensure financial stability and balanced growth. China should be rewarded for this approach, not ridiculed for it.”

In January, at the World Economic Forum in Davos, Switzerland, Lagarde declined to address to the use of capital controls by China to protect the renminbi in face of downward pressure on the currency, commenting that “the massive use of reserves is not a good idea” and “what is needed for markets is clarity and certainty.”