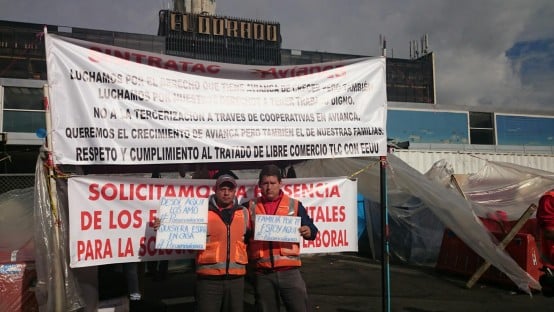 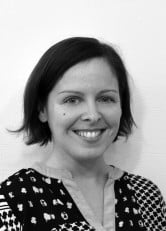 by Kris Genovese, Centre for Research on Multinational Corporations (SOMO)

Over 20 years ago the Inspection Panel (IPN) was established, allowing for the first time those affected by World Bank-financed activities to voice their concerns to the highest reaches of power within the institution. The Bank’s accountability mechanisms, including the later addition of the Compliance Advisor Ombudsman (CAO) of the Bank’s private sector arm, the International Finance Corporation (IFC), and its Multilateral Investment Guarantee Agency (MIGA), are still relevant and necessary today. They are sometimes the only avenues for communities to seek recourse for harms that have or will occur as a result of activities financed by the World Bank Group. They also provide civil society and stakeholders with a powerful window into the shortcomings of the Bank’s development model.

Since the IPN was established, many other development finance institutions (DFIs) have established their own complaints mechanisms, known collectively as independent accountability mechanisms (IAMs). While the structure and procedures of IAMs vary, they can offer to bring together the complainants and the DFI’s client to resolve the conflict, conduct an investigation to determine if the DFI’s environmental and social policies have been violated, or both. In order for the system to work and provide remedy to those who are harmed, both the IAM and its DFI must meet their individual responsibilities.

A January report by 11 NGOs, Glass half full? The state of accountability in development finance, assessed the effectiveness of the accountability systems of 11 DFIs to determine how well they are serving those whom they are intended to benefit. The report used both quantitative and qualitative methods to assess both the DFIs and their IAMs. The authors drew on their own experiences working with these systems, as well as analysis of the procedures and practices of the IAMs and DFIs, and most importantly, the experience of complainants.

There is more the IAMs can do to improve their effectiveness, but those efforts will be in vain without a significant shift in approach by the DFIs themselvesKris Genovese, SOMO

The authors concluded that the ‘glass of accountability’ can be considered ‘half full’ or ‘half empty’, depending on your perspective. Complainants are undoubtedly better off having access to an IAM than they would be in their absence. Complaints can generate welcome international attention, occasionally resulting in changes to the projects and improved conditions for complainants. However, the mechanisms are not effective at consistently providing remedy to those harmed — whether that is adequate compensation for resettlement or restoring access to clean water or natural resources — for two reasons: firstly, because the DFIs do not provide IAMs with the mandate they need to be an effective recourse for complainants; and secondly, they do not assume their own responsibility in ensuring that remedy is provided to complainants who have been harmed.

There is more the IAMs can do to improve their effectiveness, but those efforts will be in vain without a significant shift in approach by the DFIs themselves. The report found that all but one of the 11 assessed DFIs  impede access to the IAMs from the very beginning by failing to require their clients to disclose the IAMs’ existence to project-affected people. DFIs also limit the time window during which an IAM can accept a complaint, fail to contribute to solutions achieved through problem-solving processes, and do not consistently respond to the findings of non-compliance by their IAMs. When DFIs do develop an action plan to address the findings, they rarely consult adequately with complainants on its contents. Instead of viewing complaints as an opportunity to help the very people whom DFIs are meant to benefit, DFIs seek to defend and justify their own actions, deny and refute the concerns of complainants, and marginalise and undermine the mechanisms that handle complaints.

The Avianca case in Colombia (see Update 80) — one of the seven cases analysed in the report — illustrates the failure of a DFI to uphold its responsibility in providing remedy to complainants. A CAO investigation, disclosed in May 2015 following a November 2011 complaint, demonstrated that the IFC failed to address its client’s disregard for freedom of association, however, despite these findings the violations continue. “The company practices that were documented when the complaint was submitted, continue today and workers’ rights are still not being respected,” said Peter Bakvis of the International Trade Union Confederation, one of the complainants in the case.

The report provides two sets of recommendations. The first set seeks to perfect the current system by identifying best practices that should be adopted by all IAMs and DFIs. Recommendations specific to the World Bank Group include that clients/borrowers should be required to disclose the availability of the IPN and the CAO to project-affected people; the IFC should be required to develop an action plan in every case where the CAO has made findings of non-compliance; the selection process of IPN members should involve external stakeholders, including civil society representatives; and the Bank Group should provide sufficient resources to both the IPN and the CAO to ensure they are able to process complaints in a timely and robust manner.

However, simply adopting best practice will not be enough to ensure that complainants receive remedy for the harms that have occurred. The report called for the IAMs to be empowered to make binding decisions to compel action by the DFI and its client and, ultimately, that DFIs pursue a development model based on human rights that results in less harm to communities. Until this is achieved, it is imperative that the IAMs are strengthened to ensure that those harmed by DFI-financed projects are provided the remedy they deserve.