10 reasons why climate initiatives should not include large hydropower projects

Balancing hydropower and biodiversity in the Amazon, Congo, and Mekong 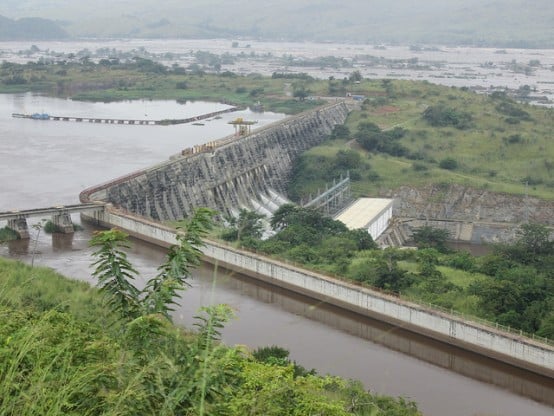 Calls by the World Bank for hydropower to play a major role in efforts to strengthen resilience to climate change have been challenged by civil society organisations (CSOs) and recent research. A November Bank report, released to coincide with the UN climate change negotiations, outlined the Bank’s strategy for contributing to climate change adaptation efforts in Africa. This included promoting hydropower as “a clean, large-scale, and affordable source of renewable energy”. However, the report acknowledged that hydropower indirectly contributes to greenhouse gas emissions during the construction phase and through the flooding of reservoirs. Given the size of investment required to develop the projects, the report argued that the Bank can play a key role, in particular in leveraging private sector investments.

The report raised concerns about revenue losses and increased energy costs for consumers if climate change impacts are not integrated into project planning and design. These concerns were previously explored in an April 2015 Bank report examining how to enhance the climate resilience of Africa’s infrastructure, which cautioned that dams under construction in Africa are being designed based on  historical climate trends, rather than future projections where “the range of uncertainty … has tended to increase over time”. It noted that “climate models often disagree on whether the future in any specific location will be drier or wetter.”

The April report singled out the Congo river basin as being less sensitive to climate change, implicitly endorsing the much-criticised current and planned Inga hydropower plants located in the basin (see Observer Spring 2015, Bulletin May 2014). However, academic research presented in a January article in Science magazine identified hydropower as a major threat to biodiversity and listed the Congo river as one of three river basins in the world that “contain a disproportionate amount of the world’s freshwater biodiversity”. The article noted that hydropower plants can damage fish populations, also threatening food security for local populations, but that economic projections “frequently exclude or underestimate the costs of environmental mitigation”. The article also highlighted that: “A lack of transparency during dam approval processes has raised questions about whether funders and the public are fully informed about risks and long-term impacts on tropical river systems that support livelihoods of millions of people.”

The countries of the global South should leapfrog obsolete dam projectsAstrid Puentes, AIDA

An early December civil society statement, released during the climate negotiations, criticised the Bank and other institutions’ support for large hydropower, calling them “a false solution to climate change”. The statement, signed by 500 civil CSOs from 85 countries, including Togo-based Jeunes Volontaires pour l’Environnement International and US-based International Rivers, listed ten reasons why climate initiatives should not include hydropower projects, including disruptions of river flows. Himanshu Thakkar of the South Asia Network on Dams, Rivers and People cautioned: “Dam building has exacerbated flood disasters in fragile mountain areas. At the same time more extreme droughts increase the economic risks of hydropower, and have greatly affected countries that depend on hydropower dams for most of their electricity.” Astrid Puentes of the Interamerican Association for Environmental Defense (AIDA) said: “The countries of the global South should leapfrog obsolete dam projects and promote energy solutions that are gentle to our climate, our environment and the people that depend on it.”

10 reasons why climate initiatives should not include large hydropower projects

Balancing hydropower and biodiversity in the Amazon, Congo, and Mekong