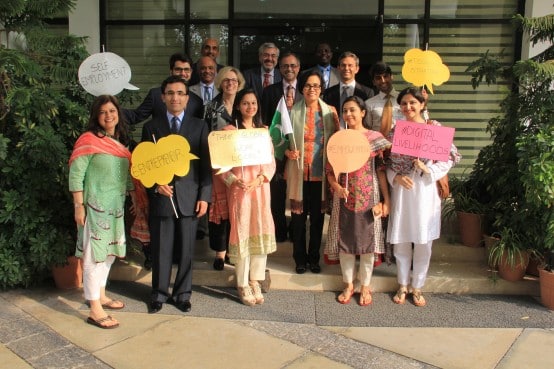 In December, the World Bank published its new gender strategy for 2016 to 2023 entitled Gender equality, poverty reduction and inclusive growth. The strategy was developed after the Bank conducted formal consultations over the course of 2015 (see Observer Summer 2015), led by Caren Grown, the Bank’s senior gender director.

The strategy outlined three objectives: 1) improving human endowments, such as education, health and social protection; 2) increasing economic opportunities by focusing on removing constraints to more and better jobs and ownership of and control over assets; and 3) enhancing women’s voice and agency and engaging men and boys. With these objectives the strategy recognised “structural barriers to women’s economic participation” such as sexual and reproductive health, violence against women, women’s political participation, and especially the burden of unpaid care work. In terms of implementation, it places emphasis on outcomes and results. This includes strengthening the country-driven approach, especially emphasising the value of collecting sex-disaggregated data, disseminating evidence of what works, and adopting a more strategic approach to gender mainstreaming, including developing a more robust monitoring system. The Bank also identified leveraging of the private sector as key to effective gender equality outcomes.

We would have liked the strategy to pay more attention to the quality and conditions of women's work, to balance what can feel like an instrumentalist approach to women's contribution to economic growth and poverty alleviationPreethi Sundaram, International Planned Parenthood Federation

Members of the UK Gender and Development Network’s Women’s Economic Justice (WEJ) working group issued a response to the draft strategy in July 2015 (see Observer Autumn 2015). The submission demanded a more comprehensive approach to achieving substantive gender equality that moves away from a strict economic understanding of women’s economic empowerment. It argued that in addition to tackling wage inequality and providing jobs and access to financial services for women directly, the strategy has to confront the structural causes of these inequalities. The submission highlighted the lack of a coherent human rights framework to serve as a foundation for the entire strategy and the lack of strong systems of accountability to ensure the Bank’s work is transparent and accountable.

Preethi Sundaram of the International Planned Parenthood Federation and lead author of the submission said in response to the report that “it is encouraging that the World Bank Group’s Gender Strategy goes beyond a focus on women’s jobs and assets, and considers sexual and reproductive health and rights and women’s care burden. Despite this, we would have liked the strategy to pay more attention to the quality and conditions of women’s work, to balance what can feel like an instrumentalist approach to women’s contribution to economic growth and poverty alleviation.”