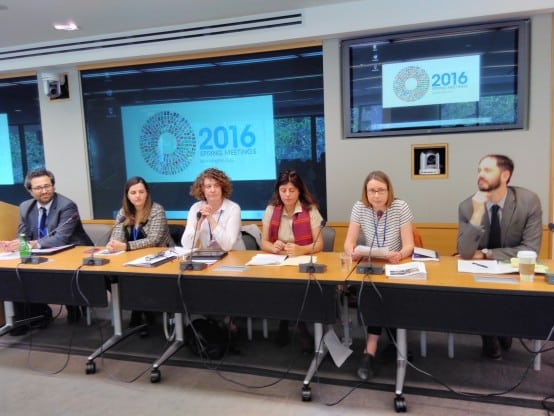 Oxfam International, Center for Economic and Social Right and the Bretton Woods Project hosted a session at the Civil Society Forum at the spring meetings to provide analysis and context from global leaders in human rights, social policy and gender equality, examining the IMF’s pilot surveillance work on inequality and gender and the World Bank’s new gender strategy. The session explored the inter-relationship of certain macro-economic policies and women’s economic inequality and between areas, such as taxation, wage policies, female labour force participation and inequality, and how to achieve women’s economic empowerment. The session included real-world analysis of how human rights are essential to effective design, implementation and monitoring of economic policy.