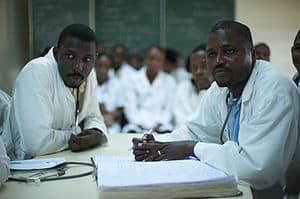 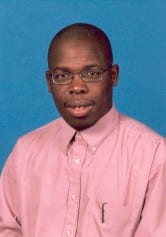 Public-private partnerships (PPPs) are generally defined as a marriage between the public and private sector to deliver specific functions, and end users often pay for the services. For a private company to sign up, a PPP has to be commercially profitable. It is therefore important for governments to fully understand the risks and costs associated with entering into PPP arrangements.

PPPs in Africa can ameliorate the infrastructure financing gap, estimated by the African Development Bank (AfDB) in 2014 at $50 billion annually in energy, transport, telecommunications, water and sanitation. There has been a slowdown in the financial markets, especially investments from China, as PPPs gain prominence. The IMF and World Bank are simultaneously championing PPPs by spearheading PPP projects and providing capacity building for governments however it remains elusive if this approach is best for Africa. According to the World Bank’s Independent Evaluation Group, PPPs are now used in more than 134 developing countries, contributing about 15–20 per cent of total infrastructure investment between 2002 and 2012.

Critics of PPPs among development practitioners quickly point out that the profit motive, the main driver of the private sector, is in conflict with the social contract governments have with its citizenry to provide affordable and universal services. A case in point is Brussels-based NGO Eurodad’s July 2015 report What lies beneath that argues that PPPs are expensive and risky, have mixed development outcomes, are difficult to negotiate, have poor planning and project selection and generally lack transparency and accountability. The report concludes that PPPs should be cautiously implemented as results of their use are mixed.

In deciding on PPPs’ development outcomes, the needs of the marginalised and poor should be put ahead of the private sector’s profit motivesFanwell Bokosi, AFRODAD

In Zimbabwe’s metropolitan town of Chitungwiza, the local hospital established a PPP in 2012 with Baines Imaging Group, a private entity. Through this PPP the hospital now has access to ultrasound, CT scans and MRI services in return for fees paid by patients. In August 2015, a member of parliament complained in parliament about the privatisation of some of the departments within the hospital, such as its x-ray department, consequently making the facility expensive and inaccessible to the poor.

A 2014 Oxfam study of PPPs in growth corridor initiatives in the agriculture sector in Ghana, Tanzania, Mozambique and Malawi noted that “the poorest people are all too often likely to lose out or be bypassed”.  The study also noted that mega-PPPs are inherently risky in sub-Saharan African countries, where governments have low levels of government effectiveness, challenges in regulating markets and difficulties with including the voices of the poor in policy-making.

AfDB noted in a 2016 report that there are inadequate legal and regulatory frameworks for PPPs in Africa and that most countries lack the technical skills to manage PPPs. The report argued that since PPPs rely on the private sector, Africa needs to improve its business environment first, as African countries bear the cost of unfavourable investor perceptions. Limited local financial markets and infrastructure makes PPPs expensive for states which lack well-developed networks and easy sharing of experiences among regulatory agencies, pre-requisites for making PPPs a good way for the state to meet its citizens’ needs.

For PPPs to work in Africa, the risks need to be minimised. Risks often include the degree of skills transfer when the final product is handed over to the government, exchange rate fluctuations if project returns are in local currencies only, and for long term projects, unanticipated costs risking the viability of the project.

African countries should adopt integrated policies that ensure that the debt accrued from PPPs is sustainable and transparent. They should consider the full fiscal implications of public borrowing and ascertain the true costs and benefits of PPPs over the lifetime of the project. Governments need to disclose information on performance and completion of public contracts and risk assessments, including environmental and social impact assessments. Governments should allow informed consultations, broad civil society participation and monitoring by other stakeholders. Moreover, the IMF and World Bank should include the local private sector in the value chain of mega PPPs and not crowd out local businesses. Finally, in deciding on PPPs’ development outcomes, the needs of the marginalised and poor should be put ahead of the private sector’s profit motives.