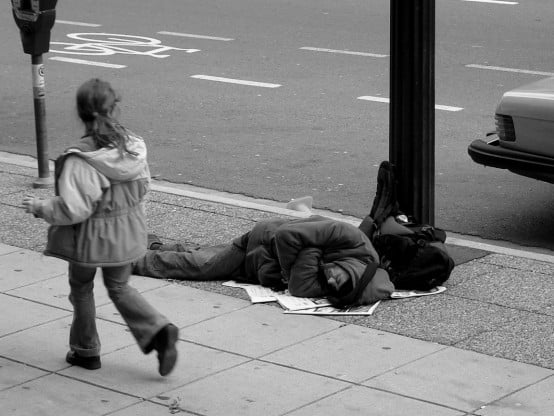 In October 2015, the World Bank announced that it had updated its international poverty line (IPL) and its estimate of the number of people living in extreme poverty globally. The IPL, which came to prominence with the dollar-a-day figure devised by the Bank in 1990, is revised periodically in line with new data from the independent International Comparison Program (ICP), which is hosted by the World Bank. The new figure of $1.90 is based on ICP purchasing power parity (PPP) calculations and represent the international equivalent of what $1.90 could buy in the US in 2011. The new IPL replaces the $1.25 per day figure, which used 2005 data.

The Bank’s reliance on the IPL has, however, been widely challenged by critics who question the methodology used and highlight the shortcomings of an econocentric approach generally (see Update 80). In the 2013 OECD Development Cooperation report, Stephan Klasen, professor of development economics at the University of Gottingen, wrote a chapter titled: Is it time for a new international poverty measurement?, outlining several questions about the appropriateness of the IPL, citing “the multiple dimensions of poverty, the disconnect between national and international poverty lines, comparability over time, [and] the need to measure not only absolute, but also relative poverty.” He also stressed that the methodology excludes the extreme poor living in middle-income countries.

New School for Social Research economists Sanjay Reddy and Rahul Lahoti from the University of Goettingen wrote a detailed critique of the methodology used by the Bank’s latest update in a March article in the magazine New Left Review. The authors stressed, among other things, that the $1.90 per day must be sufficient to meet basic needs in “the base country for which the price indices are defined —that is, the US.” However, this is not the case, as according to the US Department of Agriculture, the minimum cost of achieving ‘recommended dietary allowances’, excluding non-food items, in the US in 2011 was $5.04. The authors stressdc that if a general consumption PPP at the $5.04 threshold is used, “more than 80 per cent of people in South Asia and Sub-Saharan Africa are found to live below the line” and that “even if only half the US level is used, the poverty headcount ratio nearly doubles in East Asia and South Asia” when compared with the numbers resulting from the $1.90 figure used by the Bank.

Anthropologist Jason Hickel writing for UK newspaper The Guardian in November noted that “in India, children living at $1.90 still have a 60 per cent chance of being malnourished. In Niger, infants living at $1.90 have a mortality rate three times higher the global average.”

Reddy remarked that the results of pursuing a coherent approach, that is, a higher US figure, would lead the Bank to conclusions it is unwilling to accept, that “the poverty level and trend are much less favourable globally” or that their method requires revision, or both. Considering issues beyond the IPL’s methodological shortcomings outlined in the New Left Review article, Reddy voiced concerns about “the Bank’s de facto monopoly over such estimates, in light of the deference it receives from international institutions, governments and even academics”.  He stressed that “what is needed is a much more robust process of pluralisation and contestation of ideas … bringing participants expressing more diverse and distinct views into supposedly technical processes that are effectively monopolised by Bank staff protecting or promoting a particular way of thinking.” Reddy emphasised that, given that policy and funding decisions are based on the widely-cited IPL figures, these limitations have real consequences in the way development activities are conceived and implemented.

At an equally fundamental level, economist Jayati Ghosh, writing in 2014 on the Triple Crisis blog, criticised the focus on poverty alleviation generally, contrasting it with previous efforts by development economists to understand the transformational changes required to support developing countries to make the transition to development. She was particularly critical of the simplifications made by proponents of a focus on poverty alleviation, noting that “patterns of trade and economic activity that determine levels of employment and its distribution” are widely ignored. Ghosh also underscored “the neglect of the international dimension in such analyses, and of the way in which global economic processes and rules impinge on the ability of states in less developed countries to even attempt economic diversification and fulfilment of the social and economic rights of their citizens.”