Rise of the global South and descent of the North? 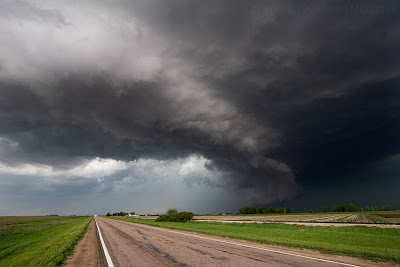 There are some signs indicating permanent advances towards a more multipolar architecture, at least in comparison to the very outdated pre-financial crisis arrangements. First the governance reforms in the Bretton Woods Institutions (BWIs), although limited, are symbolically significant, since the increased prominence of EMEs in the institutions was mostly achieved at the expense of European countries (see Observer Winter 2016). Second, the landscape of global governance has become more multipolar with the establishment of new international financial institutions (IFIs) by EMEs – the New Development Bank (NDB) and the Contingent Reserve Arrangement (CRA) under the BRICS (Brazil, Russia, India, China and South Africa), and the Asian Infrastructure Investment Bank (AIIB), led by China and formed by 57 prospective founding members. Third, the Chinese yuan was included in the IMF’s Special Drawing Rights (SDR) basket in late 2015, joining the US dollar, the euro, the British pound and the Japanese yen in the world’s VIP currency club (see Observer Winter 2016).

Although welcomed, the impact of these developments on the nature of the global financial architecture must be taken with a pinch of salt. To begin with, the new IFIs have so far broken little ground in challenging the existing US-shaped architecture. For example, all start-up funding for the NDB was in dollars; in comparison, only 10 per cent of the World Bank’s paid-in capital was contributed in dollars and big CRA loans are contingent on IMF approval. Therefore, the new IFIs may end up providing a fresh impetus for the prevailing architecture – particularly regarding the central role the US dollar enjoys – to the extent they represent a continuation rather than a rupture with the core structure of the system.

While there have been some incremental advances towards a more multipolar global financial architecture in the post-2008 crisis period, the system has been largely reorganised from a US perspective.

The thesis of continuation rather than rupture is reinforced by the conclusion of the reforms in the BWIs, particularly in the case of the IMF. The five-year delay of US Congress approval of the 2010 Quota and Governance Reform fuelled the debate about the disproportionate power of the US in their governance structures, and the necessity of reforming the whole modern financial architecture designed around the arguably outdated Bretton Woods models. With the US approval of IMF governance reforms in late 2015, one of the central causes for indignation among EMEs was resolved, but problems persist. While it constituted the most important IMF reform since its establishment, its achievements in terms of a rupture with the pre-crisis status quo are limited, given the US retains its veto power. EMEs now also have less firepower to press for further reforms, not least because of their poorer economic performance. As a result, the 2015 reform somewhat re-legitimated the IMF and, consequently, decreased the prospects for substantial changes in the short and medium term in global financial governance.

Finally, the inclusion of the yuan in the SDR basket symbolises the most significant modification in the post-crisis international monetary landscape: the acknowledgment of China’s monetary power. During the height of the financial crisis, Chinese power was often viewed as intertwined with that of the EMEs, however, it has become increasingly evident that most of the new IFIs that seemed to indicate a greater influence of EMEs in the international financial system are actually dependent on China and mostly reflect China’s power alone, rather than the diversified power of EMEs as a bloc.

Such differentiation is now crystal clear with the formal ascension of the Chinese currency into the SDR basket. While the biggest EMEs did not resort to formal multilateral or regional institutions to deal with the 2008 crisis, they leaned on ad hoc bilateral swap agreements with the US Federal Reserve (Fed) to reduce financial volatility; i.e. coverage under the umbrella of the swaps with the Fed signalled that these EMEs were part of the core of the system. Therefore, instead of exerting its influence indirectly through the BWIs, the US acted directly by deciding which countries would have access to the swaps. Additionally, the US dollar has further increased its leverage since the euro crisis, which has harmed the hitherto most likely contender to challenge its position in the international monetary system.

In sum, these developments suggest the core of the global financial architecture remains very much the same. In spite of all the debate about the origin of the 2008 crisis being in the US and the critics regarding the huge size of US deficits, the crisis ended up strengthening the dollar and the US power in monetary matters.[1] Therefore, while there have been some incremental advances towards a more multipolar global financial architecture in the post-2008 crisis period, the system has been largely reorganised from a US perspective. In this reorganisation, the main novelty is the structural rise of China – and not EMEs, as it may have seemed in the immediate aftermath of the crisis. Despite the current economic shortcomings faced by China and other EMEs, the new position of China in the global financial architecture may pull up other big EMEs, particularly the BRICS countries, through the new IFIs. If the new IFIs succeed in becoming strong alternatives to the traditional BWIs – which is largely linked to EMEs’ economic firepower in the long run – then it will be possible to envisage a more multipolar global financial architecture.

Read more on this topic and see a briefing paper Rise of the global South and descent of the North?
30 SEPTEMBER 2015

Rise of the global South and descent of the North?