Did the IMF actually ease up on structural adjustment? Here’s what the data say. 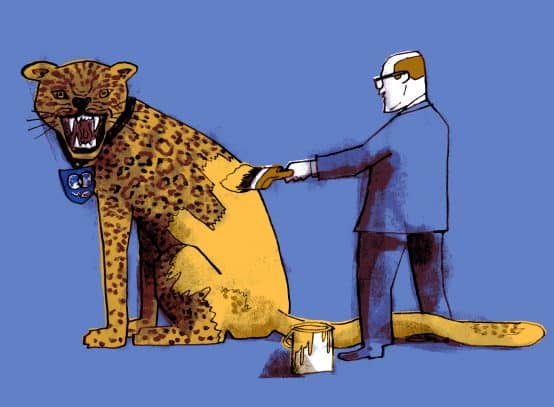 An article, provocatively titled Neoliberalism: Oversold?, written by IMF staff in June’s edition of the IMF’s in-house magazine, Finance & Development’s (F&D) appeared to question orthodox macroeconomic policies long associated with the IMF. Though the authors, including Jonathan Ostry, a deputy director off the research department, argued that “there is much to cheer in the neoliberal agenda”, highlighting the benefits to developing countries in particular of global trade expansion, foreign direct investment and privatisation of state-owned enterprises, they conceded that in “some” aspects neoliberalism “has not delivered”. Policies questioned related to “removing restrictions on the movement of capital” across borders and “fiscal consolidation, sometimes called austerity”. Focusing on these two ‘neoliberal’ policy areas, the authors argued that (i) growth benefits of these policies are not proven, (ii) these policies have “prominent” costs in terms of inequality and (iii) increasing inequality in turn diminishes the “level and sustainability of [economic] growth”.

The article “caused a considerable stir around the world” according to a June blog by Max Lawson of international NGO Oxfam. Lawson greeted the conclusions as “very welcome” noting that activists have “consistently identified” that neoliberalism is a “leading factor behind the growing gap between rich and poor across the world” and that this has “opened the door to corruption and political capture by elites”.

In February the IMF published a policy paper re-opening the discussion of the potential merits of the use of restrictions on the flow of finance, or capital controls (see Observer Spring 2016). This followed from the IMF’s 2012 “institutional view” paper that conceded that in some cases the use of controls was merited (see Update 83). The F&D article went further still, arguing that the expected benefit of removing capital restrictions has not necessarily materialised while “costs in terms of increased economic volatility and crisis frequency seem more evident”, an argument previously made by  civil society (see Update 79). The G20 finance ministers meeting held at the IMF’s spring meetings in April had encouraged the Fund to review further its “policies in dealing with capital flows”, adding specifically that they “welcome plans to … work on capital flow management”.

“There is a mismatch between what the IMF says and what the IMF actually does” Alexander Kentikelenis, Thomas Stubbs and Lawrence King

The authors found that removing capital controls contributes to “raising the odds of a [financial] crash”, concluding that the use of capital controls should be considered both “viable” and sometimes the “only” tool to use. They noted, however, that countries should only use capital controls when faced with “an unsustainable credit boom” driven by direct borrowing from abroad. Kevin Gallagher of Boston University remarked that this means that “on the capital account the IMF has started to put economics over ideology, which is a big step in the right direction.”

The authors also examined the efficacy of encouraging countries to cut spending to reduce debt, often termed austerity, through policies such as privatisation of state-owned enterprises, shrinking the size of the state and reducing public spending. While these reforms are aimed at reducing risks from too much public debt, the authors noted there is little “guidance” from economic theory to determine the “optimal public debt” level. In fact the authors found that “austerity policies … generate substantial welfare costs … [and] hurt demand”, thus undermining overall growth. They questioned the assumption that advocating spending cuts during a crisis could stimulate economic growth and be “expansionary” given the evidence that this leads to “drops rather than … expansions in output” though the authors reserved their criticism of austerity for developed countries only.

No change in Fund’s approach to developing countries?

The authors of an academic study titled IMF conditionality and development policy space, 1985-2014, summarised their findings in a June article in the Washington Post. They found that since 2008 “structural conditions have been a growing component of IMF programs” and concluded that “there is a mismatch between what the IMF says and what the IMF actually does” when it comes to the conditions attached to IMF lending. These are particularly evident in labour and pensions reforms in countries such as the Ivory Coast, Honduras and Moldova, where the IMF required “ceilings on the government wage bill.” A June letter from health experts in the UK and Malawi, published in medical science journal The Lancet, condemned the IMF’s imposition of a salary cap in Malawi. They demanded that the IMF “reverse its public sector wage cap edicts” so that the government can “fund salaries for newly trained doctors and other health workers” and meet the “health-related Sustainable Development Goal targets”.

Clara Osei-Boateng, of NGO Send West Africa in Ghana, said “The IMF targets are often inconsistent with expectations of ordinary citizens.  Currently, government under the IMF programme is looking to tax anything including pension income. There is a freeze on public sector employment as a means to curtail the wage bill. Such conditions are inappropriate for a country with high levels of unemployment and underemployment. What most Ghanaians would have been happy to see is the IMF strictly monitoring government’s expenditure in this election year.  Already, there is evidence of politically motivated government projects (such as bill boards and television programmes advertising government achievements) as happens every election year. Ghanaians would have expected the IMF to warn government against such expenditure rather than going after their pension income or jobs.”

The self-criticism of IMF policy orthodoxy triggered a backlash, including a late May editorial by the Financial Times (FT) that condemned the F&D article’s authors for indulging in “childish rhetoric”. The editorial admitted to agreeing with their conclusions regarding “competition, global free trade, privatisation, foreign direct investment and sound public finances” but nevertheless considered the article to be an “insult … to our intelligence”, deriding the use of the term neoliberalism as a criticism used by “unthinking radicals who lack the skills of empirical argument”.

Professor Robert Wade, of the London School of Economics, challenged the FT’s conclusion in a June letter responding that “we should cheer the evidence that parts of the IMF are doing some rethinking about how best to help real countries in terrible circumstances”, but cautioned that “these papers … may have little effect in the [IMF’s] operational parts.”  Matthew Martin, of non-profit research group Development Finance International, said that the IMF “needs to make sure that this change of policy is implemented at country level – especially by fighting inequality through social sector spending, progressive taxation and increased labour rights.” A June F&D interview with the head of the IMF’s Research Department, Maurice Obstfeld, clarified that the original article’s discussion of policy represented “evolution not revolution”, affirming that the IMF has “not fundamentally changed the core of our approach” and that the article’s criticism of austerity policies had “been widely misinterpreted”.

Did the IMF actually ease up on structural adjustment? Here’s what the data say.