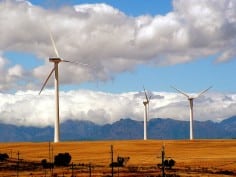 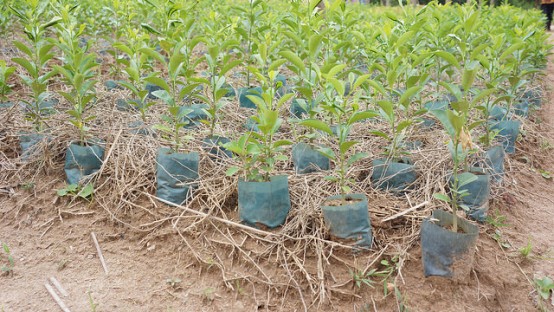 While the November 2015 sub-committee meeting welcomed progress made by the new pilot countries in developing the investment plans, it re-emphasised that the countries should “actively seek resources from other bilateral or multilateral sources beyond what is available in the FIP.” As of end 2015, the FIP had $10.7 million available, with a $32 million surplus in loans, but a $21.3 million shortfall in grants. The May FIP semi-annual operational report noted that the 15 new countries approved as new pilot countries in May 2015 are expected to broaden the scope to incorporate non-FIP funds, with a particular challenge for the nine countries which have not been allocated funding to develop their investment plans. Investment plans for Ivory Coast and Mozambique are due to be discussed in the June sub-committee meeting.

In a late May blog, Coraina de la Plaza of the Global Forest Coalition, a FIP civil society observer, commented: “One wonders whether it makes sense, in a situation of economic constraint, to provide new countries with $250,000 for their IP [investment plan] preparations, and to keep adding new pilot countries to the list, if there is no guarantee that they will get the future funds needed to actually implement those plans.” She raised concerns of “a drift towards a path of turning to the profit-oriented private sector as an alternative source of finance”. Moreover, de la Plaza noted a tendency to providing loans rather than grants, questioning whether “this will be more of a burden than support.” She warned: “Accepting loans also implies that the forestry sector has to be profit-oriented so that the countries can pay the loans back, potentially leading to further deforestation and forest degradation in a bid to earn income from the expansion of tree plantations.”

The future of the FIP

The May joint committee paper, Strategic directions for the Climate Investment Funds, noted that the financing architecture has changed with the initiation of the GCF and the increase of bilateral funding, coupled with expanded involvement in more countries by other multilateral REDD+ players. It further outlined a number of lessons learned from the FIP, including obstacles for MDB engagement, such as the challenge of valuing “the full range of forest benefits”, which “hamper the MDBs’ ability to present robust analyses of the potential costs and benefits of forest sector investments”, as well as “the relatively small scale of forest investments and the potential safeguard issues.” The paper called the Dedicated Grant Mechanism (DGM, see box) “unique within the forestry landscape”, providing “a model for engaging with and empowering forest-dependent indigenous peoples”, but concluded that the private sector set-aside had been “unable to catalyse a significant amount of new private sector investments”, since “the design structure did not align well with the business needs of the MDBs or the private sector.”

Should new funds become available for the FIP, the paper suggested that funding should be extended to the nine additional pilot countries that currently don’t have secured FIP resources for implementation. The DGM would also be expanded to these countries, as an integral part of their investment planning processes. Moreover, the paper recommended the capitalisation of a new private sector window, which would be “sufficiently flexible and swift to respond to private sector demand as it arises”, on an ongoing “first come, first served” basis. The paper also proposed that the FIP provide horizontal support through strategic thematic programmes, such as forest landscape restoration and to address deforestation for agricultural commodity expansion.

Following the May 2015 FIP sub-committee meeting’s agreement to consider four new concept notes from three pilot countries (one from Laos, one from Ghana and two from Brazil), and submit comments on a further two concept notes (Burkina Faso and Democratic Republic of Congo) (see CIFs Monitor 12),  two projects were approved in October 2015:

Out of the remaining four, one was withdrawn (Brazil) and consideration of the remainder was deferred until further funds are available. The selected concepts will be developed into full project proposals, however, approval will only be given “once existing unallocated FIP resources as well as previously pledged resources become available.” The UK, in its comments on the proposed decision, emphasised that “new pledges do not guarantee the funding of these proposals.”

Update on the Dedicated Grant Mechanism

The Global Project under the Dedicated Grant Mechanism for Indigenous Peoples and Local Communities (DGM, see box) became effective in June 2015. The project, which is executed by NGO Conservation International, aims to strengthen indigenous peoples and local communities networks and enhance their representation and voice in international REDD+ dialogues. It convened a first global steering committee meeting in the following month, agreeing on project activities, strategies and procedures.

Progress has also been made on a country level, where Brazil has established and convened a National Steering Committee (NSC); set up a grievance redress mechanism; and finalised procedures for making sub-grants under the project. Democratic Republic of Congo and Indonesia have also established NSCs, and others are in development.

The project provides additional financing to the ADB Greater Mekong Subregion Biodiversity Conservation Corridors (BCC) project initiated in 2011, and FIP funding will be used to strengthen REDD+ readiness under this project. Overall it aims to “address key drivers of deforestation and forest degradation, including forest clearance by local communities for rotational agriculture and agricultural expansion by small and medium entrepreneurs for growing commercial crops (e.g., coffee)”, with outputs linked to the BCC project.

The US and UK asked for clarification on a number of issues, including how local communities have been consulted, “especially given the predominance of ethnic minority people in the area”, and how the project will continue to consult them during implementation. They also asked for an explanation on the rationale for including charcoal production as a livelihood option “considering the potential for it to be a perverse incentive to further increase the pressure on forests.”

The ADB confirmed that the villages comprise primarily of minority groups, but that they were consulted during the project preparatory phase and that cultural norms and dialects were taken into consideration. According to the ADB “the majority of villagers showed support for the project”, and that an updated Ethnic Group Development Framework will be used during project implementation. On charcoal production it clarified that it is “not proposed as the primary alternative livelihood option”, but that some of the biomass from agroforestry plots “can be selectively harvested after some years to sustain the charcoal making”.

The FIP is a financing instrument aimed at assisting countries to reach their goals under the reducing emissions from deforestation and degradation (REDD+) initiative. It was set up in 2009 and aspires to provide scaled up financing to developing countries to initiate reforms identified in national REDD+ strategies, which detail the policies, activities and other strategic options for achieving REDD+ objectives. It anticipates additional benefits in areas, such as biodiversity conservation and protection of the rights of indigenous people.