Senator letter to the US Treasury

The International Consortium for Investigative Journalism 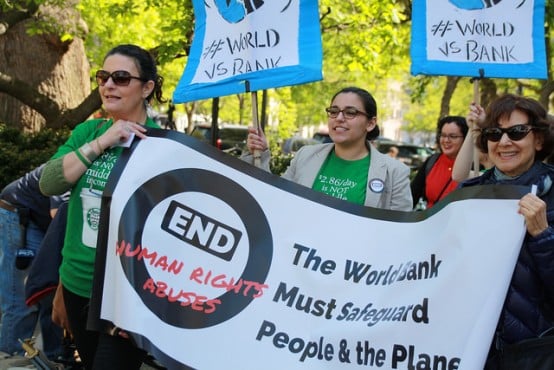 The World Bank’s safeguards review and the proposed new Environmental and Social Framework (ESF) continue to cause concern, after the public consultation period closed in March (see Observer Spring 2016, Winter 2016). In mid-April the Bank’s accountability mechanism, the Inspection Panel (IPN), reiterated calls for “no dilution of the safeguards”, stressing that “Panel cases have shown over and again that the protections afforded by the safeguard policies are not only real but also necessary to avoid or mitigate harm to people and the environment.” Moreover, it emphasised that the root cause of many IPN cases was “not with the policy provisions themselves, but rather with their implementation”. The IPN further sought clarification on how it could meaningfully investigate the Bank under the proposed framework given “the special nature of the risks that will emerge with the more extensive use of borrower frameworks that might lead to keeping the Bank at arm’s length in supervising projects”, noting that the IPN “does not investigate client countries.”

Moreover, a mid-May letter to the US Treasury from four US senators highlighted “several concerning provisions” in the second draft of the ESF, including “the reversal of the current ban on the destruction of critical habitats, protected areas and nature reserves”. The senators linked the “dilutions” of the safeguards to “the elimination of clear and mandatory time-bound requirements, vagueness about what safeguards will be applied to each project and when, and unclear requirements for projects classified at a level of ‘substantial risk’.” Furthermore, while the senators welcomed the mention of human rights in the ESF vision statement, they raised concerns that “the statement is non-binding, unenforceable, and falls short of a commitment to respect human rights.”

A late May letter to the Bank, signed by almost 70 civil society organisations including the Uganda Land Alliance and Birdlife International, emphasised that “the new safeguard policy will have enormous implications for human rights and environmental integrity in Bank-sponsored development.” They requested that the final draft of the ESF be made public at the same time that it goes to the Board for review, stating: “The World Bank would be remiss in making this final process closed when it has repeatedly committed to open engagement during the review.”

Further controversy arose after the World Bank board in March approved a waiver to the indigenous peoples safeguards policy (OP 4.10) for a project in Tanzania, despite the US abstaining from the decision. In its statement to the board, the US argued that it has repeatedly requested that any waiver of the policy “should demonstrate how the World Bank and the borrower would provide affected communities with the same level of protection”, but noted that “the justification for the waiver is limited to a few sentences in the project appraisal document that assert that application of OP 4.10 is inconsistent with the Tanzanian constitution. The United States finds this argument unconvincing”.

The approval raised concerns that the decision represents a de facto reversal of the Bank’s decision to abandon the much disputed ‘opt-out’ clause for the Indigenous People’s Policy, which was introduced in an earlier version of the ESF (see Observer Winter 2015, Autumn 2014). Commenting in June to the International Consortium of Investigative Journalists, Nadia Daar of NGO Oxfam International cautioned: “It seems like a back door opt-out clause. There needs to be much greater clarity on when the waiver policy can be applied.” Edward Porokwa, a human rights advocate in Tanzania, added: “It feels like they are giving a go-ahead for Tanzania to continue violating the rights of the people”.

Senator letter to the US Treasury

The International Consortium for Investigative Journalism