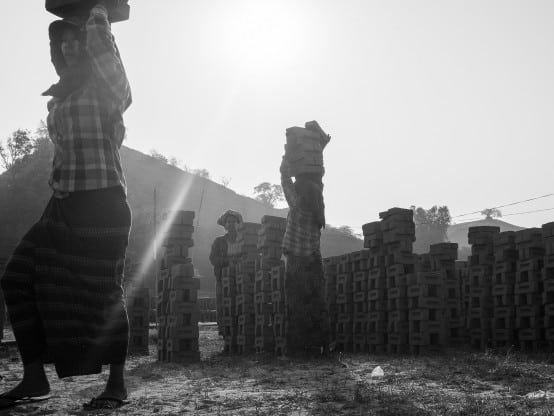 In September 2015, the United Nations General Assembly adopted the Sustainable Development Goals (SDGs). In reaction, the IMF presented itself as uniquely positioned to support countries as they pursue the SDGs and committed to deepening its policy advice on aspects of inclusion, including inequality, gender and environmental sustainability, and bring this to its operational work. It has also committed to conduct related policy-oriented research, including on how to deepen economic, gender and financial inclusion. This briefing offers a critical analysis of the IMF’s activity with the aim of contributing to shaping this potentially ground-breaking work.

So far, the IMF’s new commitment has resulted in a number of research papers. Some of the research findings have been operationalised into a small number of Article IV surveillance reports. Collectively, the Article IV reports do not draw upon the full breadth of the research findings on the barriers to gender equality and the reports vary widely in scope. To date, the operationalisation of the findings through country surveillance represents only 5 per cent of the Fund’s membership and only one of the Fund’s core functions. The concern remains therefore that existing activity does not provide a route from pilots to institutionalisation of this work within the IMF. As such the sustainability of this new approach remains in question.

The IMF should expand its understanding of what it deems macro-critical in recognition of the full macro-economic spectrum of gender equality.

This briefing reveals that the IMF’s analysis relies almost exclusively on examination of female labour force participation (FLFP), which comprises only one element of gender equality. Gaps in FLFP cannot be considered in a vacuum, detached from the shifts in power relations and conditions required to enable women to join the formal labour market, such as safety, health, education, freedom from unpaid care burdens and access to decent work. Without considering complex and interrelated structural, social and economic gender inequalities as underlying causes, and FLFP gaps as a symptom of those causes, the IMF’s analysis and policy advice will remain incomplete. Rather, within its unique and specialised role of promoting global economic growth and financial stability, the IMF should expand its understanding of what it deems macro-critical in recognition of the full macro-economic spectrum of gender equality.

The approach taken by the IMF towards gender equality since 2013 is to add FLFP to the list of issues considered macro-critical. While this recognition is indeed important, the IMF’s approach still requires substantial adjustment as it neglects to analyse how conventional IMF policies may already impact or even undermine gender equality, including upon the capacity of women to engage in decent paid work. The briefing demonstrates how four commonly IMF-endorsed policies (public wage bill cuts or caps, labour market reforms, healthcare reforms, and value-added taxes) can undermine gender equality. Not only do these policies operate in unequal societal contexts, but they are also themselves premised on structural unequal power-relations. Promoting these policies while simultaneously acknowledging the significant macro-economic gains from closing gender gaps therefore seems inconsistent and can certainly be counterproductive.  This briefing demonstrates how the Fund should examine how its conventional macroeconomic policy advice and orthodox approach to assessing policy impacts could be adapted to promote gender equality.

This briefing has been produced as part of the Gender Equality and Macroeconomics project, a joint project of the Bretton Woods Project and the Gender and Development Network.