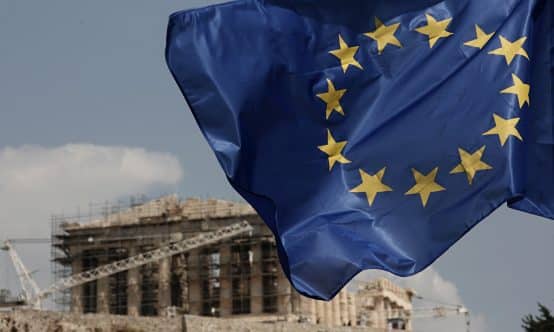 In May Greece reached an agreement with its Eurozone creditors on a new $11.4 billion loan package that will enable it to meet its debt payment obligations in July. While the IMF participated in the meetings that led to the agreement, it has not yet committed its resources to the package and its participation remains contingent on its analysis of the sustainability of Greece’s debt (see Observer, Winter 2016).

The relationship between Eurozone countries, and Germany in particular, with the IMF has been difficult (see Observer, Autumn 2013). Germany, which requires the Fund’s continued involvement in the Greek programme in order to avoid having to return to its parliament for approval of the latest loan, has strongly opposed any debt forgiveness for Greece. The Fund on the other hand has argued that Greek debt levels are unsustainable, and that future Fund involvement would require, in the words of the IMF managing director Christine Lagarde, “significant debt relief from Greece’s European partners to ensure that debt is on a sustainable downward trajectory”.

Ahead of the May eurozone finance ministers meeting, in which the package of loans was agreed, a leaked IMF debt sustainability summary note of Greece’s debt position forecasted that, in the absence of debt relief, the country’s debt to GDP ratio would hit 294 per cent by 2060. Greece’s debt burden would in that case be unsustainable and the IMF would not be in a position to lend.

The IMF have made a major concession ... we had argued that these debt-relief measures should be approved up front and we have agreed that they will be approved at the end of the programmeIMF European Department Director Poul Thomsen

Founder of the Eurointelligence website Wolfgang Münchau, writing for the Financial Times in May, commented that the IMF “wants to come clean now” and that an official told him that the Fund “wants to regain its lost virginity”. However, he also acknowledged that while “IMF staff are steadfast in their opposition to being involved in a bailout without an agreement on debt relief … the policies are not determined by the staff but by the IMF shareholders [member countries].”

The pressure from the Fund’s principal shareholders (see Observer, Summer 2015 and Winter 2016) is not new. According to a February 2015 Project Syndicate blog by Alberto Bagnai, University of Sapienza, Italy, “Initially, the IMF took the official position that Greek debt was sustainable. But IMF staff knew otherwise. In 2013, the Fund admitted that its analysts knew that Greece’s debt was not sustainable, but decided to go ahead with the programme ‘because of the fear that spillovers from Greece would threaten the euro area and the global economy.’”

In May, IMF’s European Department Director Poul Thomsen told news agency Bloomberg: “the IMF have made a major concession — and I might as well be open about that – we had argued that these debt-relief measures should be approved up front and we have agreed that they will be approved at the end of the programme”. In June the Financial Times reported that Lagarde, commenting on the new loan package, stressed that the IMF does “not have a programme with Greece. The IMF is engaged and was very well represented at the May meeting during which lots of discussions took place”. The Fund has yet to commit any of its resources to the programme and will only do so after concluding its own debt sustainability analysis, which is expected by the end of the year.

The details of, and rationale for, the Fund’s participation in the current package will be closely watched, particularly by shareholders from emerging markets, which have been opposed to continued IMF involvement in the Greece in the absence of a credible debt sustainability analysis (see Obsever, Winter 2016).