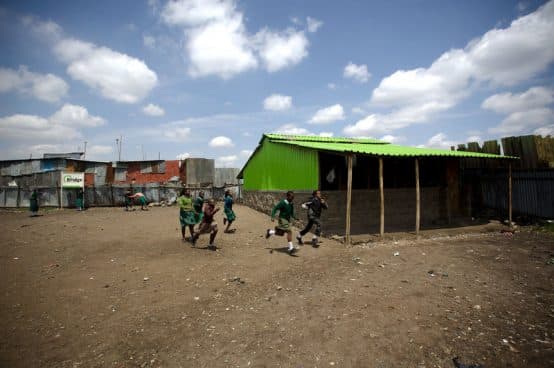 A mid-June UN Committee on Economic, Social and Cultural Rights (CESCR) report criticised the UK’s use of development finance for “the privatisation of education in some developing countries”, and asserted that this has undermined “the equality of education [in those countries] because [private schools] promoted segregation and undermined the power of local governments” as well as having “a negative effect on access to primary education”. The UN criticism has implications for investments made by the International Financial Corporation (IFC, the World Bank’s private sector arm) and the UK’s Department for International Development (DfID), who have invested in the commercial and much criticised chain of low-cost schools, Bridge International Academies (BIA), a US-based for-profit chain of schools which sells standardised education to people in Kenya, Nigeria, and Uganda (see Observer Summer 2015). The IFC has a $10 million equity investment in BIA for activities in Kenya and to support its expansion to more countries in Africa and in India.

In April last year Bank president Jim Yong Kim backed the approach taken by private education providers, such as BIA, provoking considerable civil society criticism (see Observer Summer 2015). According to the IFC’s private education brief, it holds “an active portfolio of education projects worth about $720 million, in over 25 countries, including some of the world’s poorest.” The brief added that the “IFC’s engagement in private education is part of the World Bank Group’s effort to promote effective education systems in emerging markets”. David Archer from UK NGO ActionAid commented on funding for IFC’s private education model “This financing structure helps the World Bank and UK government deny their direct involvement.” He continues “when we challenge the Bank about their involvement in low-fee private schools, they say ‘it’s not us, it’s IFC’ – but how can we meaningfully hold IFC to account? By this mechanism Jim Kim can have his cake and eat it (pretend to agree to the importance of public education whilst financing privatisation) and we should challenge that.”

In an early June report, the UN Committee on the Rights of the Child (CRC) criticised the impact of development finance investments into private education, indirectly critiquing the World Bank’s role in pushing this model of financing, expressing concerns about the UK’s funding of “low-fee, private and informal schools run by for-profit business enterprises in recipient states.” The report stated that a “rapid increase in the number of such schools may contribute to sub-standard education, less investment in free and quality public schools, and deepened inequalities … leaving behind children who cannot afford even low-fee schools”.  The CRC recommended that “international development cooperation [should] support the recipient states in guaranteeing the right to free compulsory primary education for all, by prioritising free and quality primary education in public schools” and “refraining from funding for-profit private schools”.

Rapid increase in the number of such schools may contribute to sub-standard education, less investment in free and quality public schools, and deepened inequalities …, leaving behind children who cannot afford even low-fee schoolsUN Committee on the Rights of the Child

Despite concerns, BIA has been expanding in Africa and is the main contender for an education public-private partnership (PPP) in Liberia. Announced in January, the “Partnership schools for Liberia” programme aims to entirely outsource the pre-primary and primary school system and design of curriculum material to private for-profit commercial companies, with BIA piloting the programme in 50 public schools in 2016 expected to cost between $10-13 million. According to a March article in Mail & Guardian Africa, phase two of the programme could have the company contracted to roll out implementation over five years with the estimated at $65 million.

In March the UN Special Rapporteur on the right to education, Kishore Singh, called the proposal “completely unacceptable” and stressed that the “provision of public education of good quality is a core function of the state. Abandoning this to the commercial benefit of a private company constitutes a gross violation of the right to education.” He further noted that “it is ironic that Liberia does not have resources to meet its core obligations to provide a free primary education to every child, but it can find huge sums of money to subcontract a private company to do so on its behalf” and concluded that “these sums could be much better spent on improving the existing system of public education and supporting the educational needs of the poor and marginalised.”