Missing the forest for the carbon? A critical analysis of the FCPF Carbon Fund and emissions reductions programes in Africa

A critical juncture for forests: Will the World Bank rise to meet the global challenge? 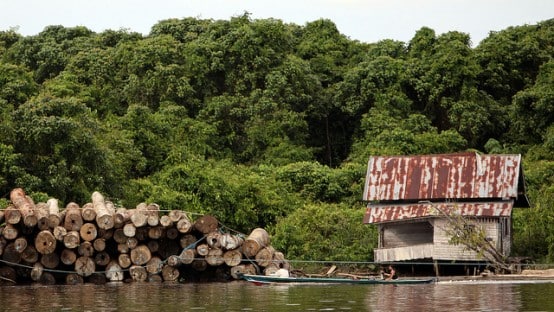 After several years’ delay and with few opportunities for public input, the World Bank released its new Forest Action Plan (FAP) in April (see Observer Winter 2016, Autumn 2015). The five-year plan builds on the Bank’s 2002 forest strategy, and was proposed by the Bank following a highly critical 2013 evaluation by the Bank’s Independent Evaluation Group (see Observer Winter 2014, Update 84). The FAP identifies two focus areas for the Bank: sustainable forest management and forest-smart interventions in other areas. These are supported by three themes to strengthen forest-related outcomes: climate change and resilience; rights and participation; and institutions and governance.

In an April blog, Frances Seymour of US-based think tank Center for Global Development welcomed the plan, but called on the Bank to dedicate adequate funding to it: “Allocating regular budgets toward implementation of the FAP will signal that forests are central to the Bank’s core agenda rather than an optional add-on.” Ane Schjolden, from NGO Rainforest Foundation Norway, questioned the plan’s impact: “It’s hard to see how the Forest Action Plan will actually change how the World Bank relates to both forests and deforestation. Moreover, it is lagging behind commitments countries and business have made to halt deforestation, for example in the Sustainable Development Goals.”

According to Korinna Horta of German NGO Urgewald any possible progress which could result from the FAP could be “largely meaningless” in the context of the Bank’s proposed new Environmental and Social Framework (ESF), intended to replace the current safeguards (see Observer Summer 2016). Under the draft framework the current operational policy on forests is replaced by a standard focused exclusively on biodiversity. This will remove a number of features, such as key sustainable forest management criteria, and introduce ambiguous language around issues, such as forest certification and logging (see Observer Winter 2016). As reported by Horta, the proposed biodiversity standard “will allow activities even in critical natural habitat if certain conditions are met – which they inevitably will. Only a strong mandatory standard would help provide protection to forests and people.”

As stated by the Bank a key objective  of the FAP is “to streamline interventions across the [World Bank Group] and forest-related funds”, such as the Forest Carbon Partnership Facility (FCPF), a World Bank trust fund set up in 2008 which supports developing countries’ national Reduced Emissions from Deforestation and Forest Degradation (REDD+) plans. FCPF has repeatedly been criticised by civil society for issues, such as inadequate consultation with indigenous peoples and for focusing on facilitating the sale of carbon credits instead of addressing the drivers of deforestation (see Observer Summer 2014, Winter 2014).

A June report by international NGO Environmental Investigation Agency analysed FCPF’s Carbon Fund, set up to facilitate carbon payments for emissions reductions through REDD+ programmes. The report found “significant shortcomings in the approach and rules of the FCPF, as well as serious constraints in the ability of the FCPF to influence business as usual lending by the World Bank, or overall development strategies in client countries”, adding that “opportunities to advance forest governance have been missed.” It noted outstanding problems with the FCPF’s approach to REDD+ which increase “the risks its programmes will not protect forests, will hurt indigenous and forest dependent people and create ‘hot air’ credits that do not represent sequestered carbon.”

Also in June, a report by civil society coalition Rights and Resources Initiative reviewed 13 national submissions in the Carbon Fund pipeline and found that all “fell short in terms of developing concrete action plans that protect or enhance the rights of the indigenous peoples and local communities.” The report noted that “the importance of secure tenure rights for effective REDD+ implementation is largely unrecognised.”

Missing the forest for the carbon? A critical analysis of the FCPF Carbon Fund and emissions reductions programes in Africa

A critical juncture for forests: Will the World Bank rise to meet the global challenge?