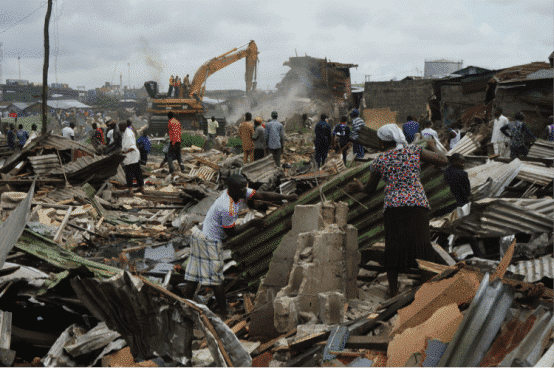 As a public institution with a mission that extends beyond making money, it is critical that the World Bank remain accountable to its twin goals of ending extreme poverty and promoting shared prosperity despite market pressures. When it fails to live up to these promises and causes harm to people and the environment, those who have been harmed need a forum to seek justice. At the very least, the Bank owes this to the people who are supposed to benefit from the projects it supports and the taxpayers who enable its existence.

In 1993, after the public learned of the disastrous impacts of Bank-financed projects, the Bank created the Inspection Panel to ensure accountability for its own human rights and environmental obligations. Through its ability to conduct compliance investigations and publicly report on the Bank’s failures, the Panel has served as a powerful tool for communities that often have no other recourse.

However, despite the impact that these compliance investigations can have, compared to accountability offices created later at other institutions, the Panel operates with one hand tied behind its back. As the first of its kind, it is the only accountability office among the multilateral development banks without an additional dispute resolution role. Dispute resolution offers the ability to address the core concerns of communities through negotiation. It can also result in an opportunity to more promptly remedy abuses, if done right.

As the IDI and SOMO report found, not only were the negotiating positions unfair, the Pilot process lacked impartiality and transparency. Instead of a Panel process that could potentially address persisting community concerns and improve future projects, those affected by the project were left without remedy for violations of their human rights.

As an attempt to untie its other hand in 2013, the Panel introduced its Pilot for Early Solutions programme (see Observer Autumn 2014). The Pilot can be thought of as a kind of second-chance deferral process that involves putting a Panel investigation on hold while allowing Bank management more time to resolve community complaints on the ground. While this may sound good in theory, in practice complaints are removed from the Inspection Panel’s impartial and transparent process. Affected communities are forced to negotiate solutions directly with the same Bank staff and government officials who are often the individuals responsible for the problems in the first place. In addition, the Pilot comes without predictable rules or protections to ensure that those harmed have a fair and equitable process and outcome.

Rather than serving as a tool to enhance remedial action, the Pilot programme perpetuates the power imbalance that already exists between the Bank, its clients, and communities. Instead of bolstering the Bank’s accountability, it undermines the Panel’s authority by allowing Bank management to circumvent compliance investigations. This shields the Bank from unpleasant compliance findings, but also prevents it from learning lessons to prevent future harm. Whilst the Pilot has caused new problems, the Panel still has one hand tied behind its back; the Pilot does not offer dispute resolution and there are still no professional mediators involved. It’s time for the Panel’s experimental Pilot to end.

These flaws were recently captured in the NGO report, An evaluation of the Inspection Panel’s Early Solutions Pilot in Lagos, Nigeria. The report’s authors, Inclusive Development International (IDI) and the Centre for Research on Multinational Corporations (SOMO), show that the Panel used the Pilot to disastrous effect in Badia East, Nigeria. There, in 2013, 9,000 people were forcefully evicted from their homes – bulldozers razing their community without notice or consultation. The evictions were in the context of a Bank-funded project to upgrade slums. The Nigerians, with the assistance of the Social and Economic Rights Action Center (SERAC), a community-based NGO in Lagos, filed a complaint to the Inspection Panel. But instead of starting its normal process, the Panel decided to use the Pilot, leaving the community, which had lost almost everything and was desperate for remedy, to negotiate with government authorities and the World Bank. The organisation Justice & Empower Initiatives has vividly captured the harm on video and is monitoring the fate of those still homeless.

Ultimately, the communities were coerced into accepting a deal that did not adequately compensate all those who were forcibly displaced or who lost their livelihoods. Even though this was in clear violation of Bank policies on involuntary resettlement, using the Pilot left the affected communities without the benefit of a compliance report – the Panel’s key product. As the IDI and SOMO report found, not only were the negotiating positions unfair, the Pilot process lacked impartiality and transparency. Instead of a Panel process that could potentially address persisting community concerns and improve future projects, those affected by the project were left without remedy for violations of their human rights. In fact, field research done for the evaluation found that one year after the Panel closed the case and labeled it “effective” almost one-third of people who received compensation remained homeless.

The Inspection Panel points to the Pilot’s second implementation in Paraguay to validate the Pilot’s effectiveness. But that case, unlike the vastly more complicated complaints that are the normal purview of the Panel, was an easy fix that appears to have had little to do with the Panel’s role. Regardless, the Nigeria case should be enough to show that the risks – and harm that resulted – from using the Pilot far outweigh any uncertain benefits it may provide.

Early solution-seeking and dispute resolution can benefit communities affected by Bank-funded projects. But these tools must be offered within a fair framework. New approaches to strengthen accountability should not come at the expense of a community’s ability to use the Panel’s flagship tool – compliance investigations. Beyond what dispute resolution might offer, that tool is often the only one that can provide the institutional learning the Bank needs to avoid repeating past mistakes. The Panel is right to want to operate with two competent hands that it will need to operate a strong accountability framework. The Pilot, however, is not the way to do it.

The World Bank is experimenting with its accountability framework. Its so-called ‘Pilot’ programme has failed, and must now be put to an end.

By Natalie Bridgeman Fields and Kindra Mohr of Accountability Counsel