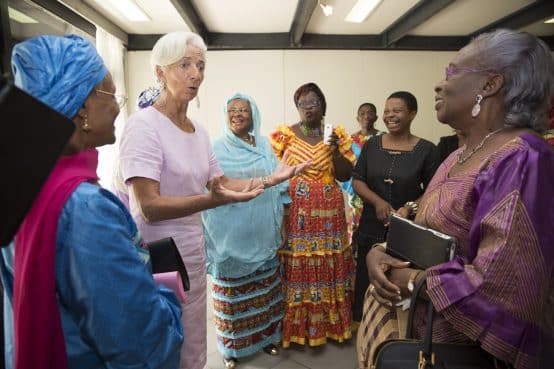 The IMF is increasingly active in sub-Saharan states, with sixteen current loans to countries in the region and more being discussed. Despite endorsing an ‘Africa rising’ narrative just two years ago (see Observer Autumn 2014), the IMF set out grave concerns in its April Regional Economic Outlook for sub-Saharan Africa. It advocated cuts to spending and cautious fiscal policy to “prevent a disorderly adjustment” and countries being “vulnerable to a financial crisis if external conditions worsen further”. Concerns have centred on debt levels in the region, with a particular focus on the use of foreign-currency bonds to plug financial gaps.

Local civil society raised concerns in 2015 over the impact of conditionalities in Ghana (see Observer Summer 2016), one of the ‘Africa Rising’ countries which the IMF is now strongly pressuring to adhere to its policy conditionalities. In August, Ghana’s national media reported that a $300 million tranche from Ghana’s $918 million IMF loan in 2015 might be withheld due to concerns over a parliamentary bill relating to central bank policy. In early September Ghana issued another foreign currency bond, worth €750 million ($840 million) set to repay 9.25 per cent interest over five years. A government statement reported by the Financial Times (FT) reassured the Fund and investors that “it was not ‘considering any spending that will not allow the country to meet the fiscal deficits set for the year’, as demanded by the IMF programme”. Finance minister Seth Terkper – a former IMF staffer – accompanied the bond announcement with a statement saying the bond issuance represented “vindication” of Ghana’s “turnaround story”.

Kenya is also contemplating bond financing, though under its $1.5 billion precautionary agreement with the IMF announced in May it was expected to reduce its “fiscal deficit by 3 per cent over the next two years”. In a September letter to the FT Tim Jones of UK-based NGO Jubilee Debt Campaign argued that the concern of investors and institutions like the IMF about increasing use of bonds, leading to demands for strict adherence to fiscal deficit limits, neglects the risk arising from “direct loans from banks, governments and multilateral institutions” which represent 60 per cent of the growth in debt burdens for developing countries. Jones cautioned that the continued “global failure to create debt restructuring processes” represented a “huge cause for concern” which institutions, such as the IMF, should instead be addressing.

Proposed IMF loan conditions to Zambia would “hurt the poor most”

The IMF’s focus on imposing strict limits on government spending was a major discussion point during Zambia’s recent elections in August. Following the polls, loan discussion with with the IMF were renewed. News agency Bloomberg suggested a $1.2-$1.5 billion loan was being negotiated that would require Zambia, according to re-elected president Edgar Lungu, “to either completely do away with subsidies or progressively reduce them” on energy products including fuel and electricity and in agriculture, in addition to requiring “controlled spending”. Kryticous Nshindano of Zambian NGO network Civil Society for Poverty Reduction commented that “The risk of reduced investment in key social public services is high; it’s imperative that sufficient and broad enough social safeguards are put in place to protect the vulnerable, especially Zambians living in absolute poverty”. Geoffrey Chongo of Zambia’s Jesuit Center for Theological Reflection added that “the proposed conditionalities of the IMF loan will certainly have significant social costs such as increased poverty and inequality, while public workers’ wage freezes and removal of agriculture and energy subsidies will worsen the social conditions of the poor who largely depend on them for survival. The IMF should tread softly on subsidies’ removal as this will hurt the poor most. Hospitals and schools that currently desperately need additional medical and school staff will not be able to provide social services to people especially the poor who cannot afford to access these services from private sources as they will be unable to recruit new staff due to austerity measures.”