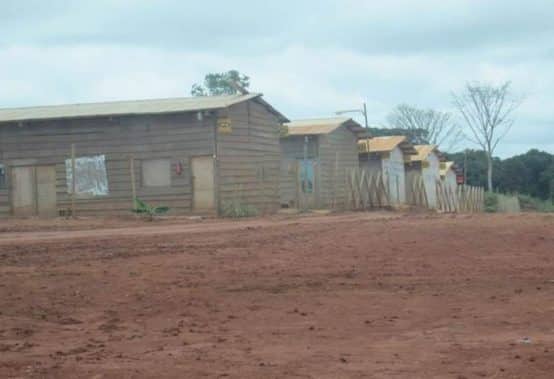 by a Cameroonian human rights defender who prefers to remain anonymous

Cameroon has ratified most International Labour Organisation conventions regulating labour and living conditions of workers. World Bank clients are obliged to enforce Bank directives on occupational health and safety and its safeguard policies. Despite these regulatory frameworks, China International Water and Electric Corporation (CWE) has grossly violated labour rights on the World Bank-financed Lom Pangar Hydro Power Project under the watchful eyes of the Cameroonian government and the project owner Electricity Development Corporation of Cameroon (EDC). The World Bank financed 44.75 per cent of the total $295 million loan made to the project (see Observer Spring 2015).

Despite repeated complaints made to the Bank by workers during Bank missions to evaluate progress in environmental and social management, human rights violations persist. Workers complain of unpaid work; corporal punishment; non-payment of social security contributions; dismissal and absolute neglect. Abandonment of work accident victims and discrimination in favour of Chinese workers were amongst other serious concerns evidenced by frequent industrial actions and more than ten cases filed at the local Bertoua courts and the labour inspector’s office.

Disturbed by inhumane living and working conditions at Lom Pangar, some current and former workers filed a complaint to the World Bank Grievance Redress System (GRS, see Observer Summer 2015) in April, including a request for the complete payment of their unpaid lodging allowances and overtime pay and the reinstatement of all workers dismissed after testing hepatitis B positive. While the GRS is considering all breaches of worker’s rights mentioned above, it seeks to waive the mandatory requirements for compensations regarding inadequate lodging conditions arguing that the contract between the Bank and the Government of Cameroon does not make reference to housing conditions. However, before funding the project, the Bank obliged EDC to conduct an environmental and social impact assessment. This resulted in an environmental and social management plan requiring EDC to ensure the contractor (CWE) respects the plan and environmental and social guidelines based on both national legislation and World Bank safeguard policies.

Workers claim that they have been subjected to unacceptable living and working conditions since 2012. Appropriate rest is recognised as a prerequisite for proper working conditions, but housing conditions at Lom Pangar are deplorable. Though the law obliges employers to pay a compensatory housing allowance to workers in case lodging facilities do not respect minimum legal requirements, CWE has failed to respect the construction specifications, such as the number of occupants per room and has not paid the compensatory allowance. In Lom Pangar, four workers share a room which reduces sleep intensity, affecting performance and concentration at work. Consequently, some workers have suffered serious accidents resulting in incapacitation. Instead of retraining incapacitated workers as required by law, CWE has dismissed some for lack of capacity and are underpaying those maintained by downgrading their posts.

In January 2014, a Cameroon Network of Human Rights Organizations’ report called the human rights situation on the project site deplorable. The report asserts that “discrimination is obvious”, noting that “the first point of discrimination is habitat. Executives and expatriates work and live in high buildings while workers live in poor and substandard housing.” Workers have organised four industrial protests since 2012. Regrettably, the World Bank has not reacted to the concerns.

Since its launch, civil society and concerned parties questioned the viability of the government’s 2010 Growth and Employment Strategy Paper of Cameroon, which was conceived with the support of the World Bank. In particular civil society has cast doubt on the strategy’s assertion that investments in construction, mining and agri-businesses will create jobs for Cameroonians, thereby fulfilling their right to work (see Update 81). The reality on the ground is that approximately 600 mostly unskilled Chinese workers occupy positions reserved for qualified and unqualified Cameroonians in Lom Pangar.

An independent environmental and social panel, set up by the project-implementing agency in agreement with the Bank, undertakes a mission every semester to evaluate the environmental and social progress made at the project. During these visits workers have repeatedly expressed their concern at the treatment they receive from CWE and have also made these complaints public during industrial protests and social dialogue meetings. It is alarming that the Bank has failed to take action against these reported violations.

EDC and the labour inspector, who is responsible for ensuring that labour legislation is respected, have failed to compel CWE to respect legislation. In private discussions, workers argue that the inspector is complicit with CWE in violating labour rights and suspect that CWE and EDC may have paid off both the labour inspector and the courts to avoid enforcing their rights. According to newspaper reports in Cameroon, the World Bank has conducted two investigative missions on the project site.

Six months after filing the complaint with the GRS, victims still await meaningful outcome of the procedure. While the GRS has requested and gotten substantial information from victims such as their identification and exact claims, workers still wait for a resolution.

This article was written by a Cameroonian human rights defender who prefers to remain anonymous for fear of reprisals for his work in protecting workers’ rights at Lom Pangar.