Statement from indigenous peoples’ organisations in East Africa regarding the application of Operational Policy 4.10 on Indigenous Peoples 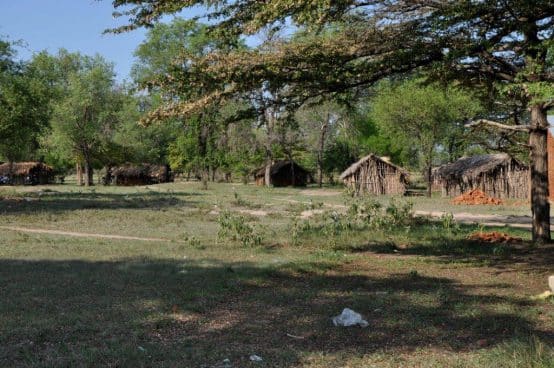 In March the World Bank board granted a full waiver of its current safeguard policy for indigenous peoples (Operational Policy 4.10, OP4.10) in relation to a loan to the government of Tanzania for the Southern Agricultural Corridor of Tanzania (SAGCOT), a multi-million dollar public-private partnership agribusiness development project, championed by the president of Tanzania. The waiver means that the requirements of OP4.10, including to foster respect for the rights of indigenous peoples, are formally set aside for the implementation of this project (see Observer Summer 2016). Indigenous peoples in Tanzania who will be impacted by the project have objected strenuously to this waiver.

The World Bank assessed the Bank-funded SAGCOT Investment Project, an investment of $70 million into the SAGCOT initiative, as a Category A project, meaning that the project has the potential for “significant adverse environmental impacts that are sensitive, diverse, or unprecedented”. In this instance, ‘sensitive’ refers to irreversible impacts, or impacts caused by involuntary evictions or resettlement, or impacts on indigenous peoples.

The policy under which the World Bank board granted this waiver was adopted in April 2014. It is unclear on requirements for when and how operational policies can be waived, stating that the waiver: “may be granted only in response to clearly delineated individual circumstances”. The policy also makes no specific requirements for the waiving of safeguard policies in particular, despite these being among the most important safety net provisions the Bank has to ensure that its development interventions do no harm.

Indigenous peoples in Tanzania who will be impacted by the project have objected strenuously to this waiver.

The US government abstained from the vote to approve the SAGCOT waiver, arguing that “any waiver of an operational policy should be underpinned by a thorough and convincing justification that is well documented and evaluated … and subject to appropriate consultation.” The SAGCOT project did not fulfil this minimum set of criteria.

The Tanzanian government’s justification for requesting the waiver was that OP4.10 “is considered inconsistent with the Tanzanian Constitution”, which “emphasises unity among its citizens and calls for an equal treatment of all ethnic groups by not giving special preference to individual ethnicities”. However, Tanzania has applied OP4.10 in the past, yet no constitutional reform has taken place that would explain the government’s  changed position.

Concerns about land rights and the absence of consultation

In granting the waiver the World Bank board recognised that “the project involves complex land and institutional arrangements”. Given the large-scale investment in agricultural reform foreseen under SAGCOT, this is a critical aspect of the project. As OP4.10 provides a level of protection for customary and traditional land use and ownership, its application is critical for ensuring that traditional, indigenous and tribal communities are not discriminated against in the project area.

OP4.10 requires that where a project involves “activities that are contingent on establishing legally recognised rights to lands and territories that indigenous peoples have traditionally owned or customarily used or occupied” or “the acquisition of such lands” the project must set forth “an action plan for the legal recognition of such ownership, occupation, or usage”. There is no such plan in the SAGCOT project documents, at least in part because Tanzania refuses to apply the safeguard for indigenous peoples. However, Tanzania’s position on the use of the term ‘indigenous peoples’ is irrelevant for triggering and applying Bank protections, as clearly set forth in OP4.10.

The news of the waiver was met with shock and consternation in Tanzania. A group of 21 organisations, along with indigenous peoples’ organisations from Uganda, Kenya and Burundi, wrote in June to the Bank president objecting to the decision. The letter demanded information about how the customary land rights of the pastoralist peoples in Tanzania will be protected in the agricultural corridor. It further highlighted that “the waiver was not granted with the informed consent of indigenous peoples in Tanzania. Those of us who live in Tanzania had heard nothing of this proposed waiver until the approval … was made public.” No response has been received to-date from the World Bank.

The lack of consultation with indigenous peoples in Tanzania was a concern for the US government, along with their assessment that “any request for a waiver of … OP 4.10 should demonstrate how the World Bank and the borrower would provide affected communities with the same level of protection”, which the project appraisal document (PAD) fails to do. Instead the PAD notes that “to mitigate any potential risks resulting from a waiver of OP 4.10, the [government of Tanzania] ensures that the project components are designed and implemented in a manner that does not adversely affect the land rights/use of any of the people in the project area”. It is difficult to see how the land rights and the protections inherent in OP4.10 will be fulfilled when the government of Tanzania refuses to acknowledge the existence of indigenous peoples in the country.

Now that vital safeguard protections have been suspended, how will the Bank and the borrower uphold the rights of pastoralists impacted by SAGCOT investments? Communities and organisations in Tanzania still await an answer.

This article was written in collaboration with Tanzanian pastoralist representatives who prefer to remain anonymous due to their fears of retaliation for speaking out about the SAGCOT initiative.

Statement from indigenous peoples’ organisations in East Africa regarding the application of Operational Policy 4.10 on Indigenous Peoples