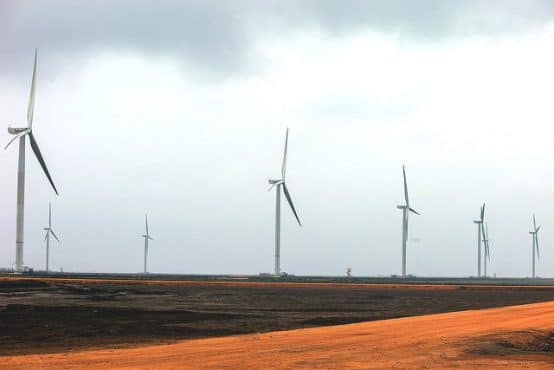 See below for general information about FIP

A revised CTF pipeline management and cancellation policy was approved in mid-September. The revised policy retains readiness as the primary criterion for CTF resources commitment and contains a new timeline for projects approved by the trust fund committee, in terms of reaching MDB board approval. Should the deadline not be met, the resources will be cancelled and released unless exceptional circumstances can be justified. A deadline of end June 2017 was set for submission of all remaining projects and programmes in the current pipeline, with any remaining CTF resources being released for future CTF programming after the deadline.

The CTF has been impacted by the fluctuations in the value of the GBP. The semi-annual operational report noted that the 11 per cent decline in value of the GBP between end of May and end of September resulted in a commensurate decline in the value of CTF’s $706.6 million in unredeemed pledges. According to the November CTF semi-annual operational report, as of end September, there were projects in development amounting to a total value of $801 million, however, the total amount of resources available were limited to $332 million, with another $221 potentially available from the currency risk reserve, unpaid contributions, and projected investment income. The available resources are estimated to cover projects scheduled to be submitted for approval until May 2017, with no funding available for projects scheduled for June 2017 unless earlier projects slip. The remainder of the projects in the pipeline are currently not under active development.

“a) Retaining the strengths of the CTF, namely, the flexibility of the financing instruments, the ability to mobilise private sector financing and its level of risk appetite;

b) Focusing on the use of efficient, targeted and appropriate levels of concessionality;

c) Adopting an enhanced programmatic approach focusing on thematic approaches with transformational impact while maintaining the principle of country ownership;

d) Engaging in priority investment areas and new frontiers; and

e) Exploring new financing modalities, with the potential to increase the CTF’s self-sufficiency.”

Furthermore, the committee welcomed the options presented on future financing modalities, requesting the CIF Administrative Unit to collaborate with the MDBs and the trustee to “explore and propose any modifications required in the current CTF documents” and “develop concrete proposals on any priority investment areas and new frontiers that could be submitted to the committee for approval within 12-18 months.” Moreover, the trust fund committee asked for further reviews and consultations to be conducted, including “with the contributors on making available the reflows … for use in accordance with a decision”. It asked the CIF Administrative Unit “to present coherent and comprehensive documents on the issues … including policy choices and related trade-offs”, which will be discussed in the December meeting, however, the document was not available at the time of writing.

Germany questioned why CTF funding was necessary, arguing that the overarching project is “sufficiently financed” through funding from AfDB, EIB, EU and KfW: “In our opinion, there is thus no need to allocate further CTF funding to this project.” Moreover, they found that “these additional CTF funds would be available under more favourable financing conditions than funding provided by other donors. This may imply that CTF funding would crowd other funding.” In light of Germany’s questions, the UK also questioned the additionality of the funds.

The AfDB provided additional information about the CTF funding, with further clarifications provided by the CIF Administrative Unit, however, while the UK accepted the responses and approved the proposed reallocation, Germany raised further complications: “Particularly important for Germany is the fact that the Moroccan government solicited and got in 2014 approved a highly concessional loan of €70 million from the German government, via KfW, in addition to a previous loan from the German government of €130 million. … In our assessment, the reallocation of CTF funding requested now is more concessional than the loan from Germany and will imply that these €70 million … are not needed any more. In other words, CTF funding will crowd out the highly concessional loan of €70 million from the German government. This is a very serious implication for the German government and contradicts the CTF’s principle to not crowd out other funding. Given the seriousness of this matter, Germany needs more time to assess the political implications of this consequence and to come to a decision.”

The CTF is piloted in 15 countries and one region. In Phase I (2008-2010) 13 investment plans were endorsed: Colombia, Egypt, Indonesia, Kazakhstan, Mexico, Morocco, Philippines, South Africa, Thailand, Turkey, Ukraine, Vietnam; and a single plan for the Middle East and North Africa (MENA) region, covering Algeria, Egypt, Jordan, Morocco and Tunisia. A further three plans have been endorsed in Phase II (after 2010): Chile, India and Nigeria. Furthermore, expressions of interest to join CTF have been received from Costa Rica, Jordan, Pakistan, Peru and Uruguay.