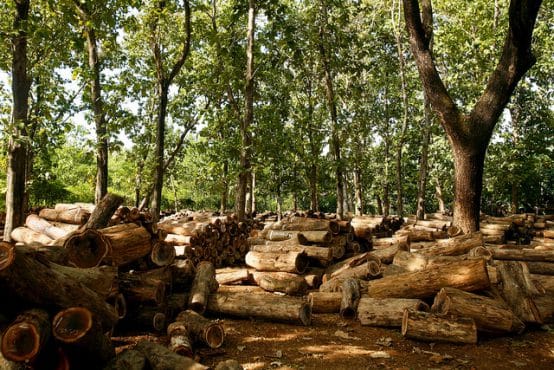 See below for general information about FIP

Following a discussion on the May joint committee paper, Strategic directions for the Climate Investment Funds (see CIFs Monitor 13), the June FIP sub-committee meeting agreed “on the need to enhance cooperation between the FIP and other entities and mechanisms in the climate finance architecture, in particular the Green Climate Fund”, including through “improved coordination at the country level”. The sub-committee expressed concerns “over the delays in implementation of investment plans, projects and related disbursements” and called on the CIF Administrative Unit, working with the MDBs and the trustee, “to prepare a cancellation policy for the FIP” to be considered at the December meetings. Moreover, it invited “contributors in a position to do so to provide financial resources for the implementation of the investment plans for the new FIP pilot countries.” It further requested the CIF Administrative Unit, together with the trustee and the MDBs, “to make an initial assessment on the feasibility of alternative financing models for the FIP”, but also noted the May 2015 decision “that should any of the six new pilot countries not be able to submit their investment plans for endorsement within a two year period, such countries will be replaced by one or more of the additional nine countries” (see CIFs Monitor 12).

According to the November FIP operational and results report, as of June 2016 the FIP faced a $57.2 million shortfall in funding commitments, largely due to the eight per cent decline in value of the GBP between end May and end June. This could be reduced to $13.1 if fund reserves, pledges and projected net income are taken into account. The shortfall stands in contrast to the $10.6 million surplus projected at end of 2015. The report noted that “it will not be possible to service the entire [FIP] portfolio should the shortfall remain under the current circumstances.” It called for “enhanced pipeline management” to ensure new pilot countries are not put at a disadvantage should a first come first serve approach be put in place.

The November FIP operational and results report noted challenges in terms of measuring the progress in FIP results “that may affect the accuracy and usefulness of the data presented.” It noted in particular difficulties in GHG accounting, including attribution, with the additional complication that FIP pilot countries and MDBs use different methodologies for estimating GHG emission reductions.

The UK raised questions regarding the IFC component of the investment plan: “The IFC project will need to make clear the distinction between those activities to be supported by the FIP and those in relation to the community development support activities of the plantation company within their concession area, and how these will interact.” It also called for “strong monitoring and sufficient flexibility for course correction”, in particular on water impacts of eucalyptus plantations; “pressure on remaining natural forest areas from zoning and mosaic planting”; and other issues, such as social and food security impacts. The UK also raised the risk of “still unclear roles and responsibilities and mandates across government institutions, at national and local level – where implementation of the landscape approach requires high levels of coordinated working across ministries.”

The government of Mozambique clarified that “the specific activities to be implemented by the IFC will be determined during the project development phase”, and confirmed that some measures would be in place to monitor hydrology and livelihood impacts, as well as compliance with the IFC’s performance standard on biodiversity conservation and sustainable natural resource management. It admitted that “coordination is a challenge” and responded that the government is working to address these issues at ministerial as well as at the landscape level.

The UK welcomed the investment plan, but raised questions around possible returnees to areas previously abandoned and the impact on those now living there: “Has an analysis of overlapping claims on the degraded lands of the central belt been carried out? How will disputes be resolved?” It also called for “much stronger gender and social analysis and design in projects coming for approval”, and asked that the government also seek funding from the Green Climate Fund.

The Ivory Coast government responded that “few of the abandoned lands had been taken over due to their degraded states”, but admitted that “it is expected that some disputes might arise”, which will be addressed through “1) efforts … to secure and clarify land tenure; 2) support for capacity building on land tenure issue within communities and local governments; and 3) support, including possible adaptation, training, capacity building, etc. to local systems for dispute resolution.”

“The project aims at catalysing private sector involvement in large-scale sustainable and commercial teak plantations in degraded forest reserves in Ghana by expanding an existing – and both Forest Stewardship Council (FSC) and Verified Carbon Standard certified (VCS) – forest plantation from a current size of 5,000 ha (end 2014) to 11,700 ha of sustainable commercial forest plantation composed of 10 per cent indigenous tree species and 90 per cent teak.”

The US questioned the use of concessional finance for “a fairly standard teak plantation without any particularly innovative features.” In particular, it noted “that to the extent that lack of availability of debt financing is a barrier, it is not clear that this project is demonstrating an approach that can reduce barriers for future projects, since the project is not working through the Ghanaian banking system.” It also asked for clarification “on the impacts of extended plantation areas on the natural forest remnants in the area. Have these impacts been analysed? How will displacement of farmers currently working in the area be handled? How will this displacement affect natural forest remnants in the area (will it result in increased degradation)?” Finally, the US asked for confirmation that the project “will not support industrial scale logging in primary forest areas.”

The UK added: “There is no analysis of the potential effect of the extension in scale of the plantation area on natural forest remnants, displacement of encroachers to alternate areas for farming resulting in increased degradation, etc. … What are the knock-on effects outside the plantation areas, how will these be tracked and/or mitigated?”

The AfDB responded that the purpose of the investment is to “place debt finance into a sector which is still highly dependent on public investment flows and in some cases by private investors that fund their projects with equity only. The approach being piloted is to place debt under previously un-matched terms into an asset which is currently funded by 100 per cent equity investment and has a limited scale.” It noted that the plantation impacts were evaluated through the AfDB’s safeguards and confirmed that the project will not take place in primary forest areas.

The UK accepted the response, but “strongly encourage[d] the AfDB to develop a clear engagement plan for work with the financial sector in Ghana to ensure that lessons learnt from this investment are shared with, and seek to influence, the current constraints to forest sector investments in Ghana.”

According to the November report, as of end of June $27.5 million had been approved for the DGM global component and for DGM in Brazil, Burkina Faso, Democratic Republic of Congo and Peru, with a further $52.5 million under different stages of project design and approval.

An indicative allocation of $4.5 million for the Mozambique DGM was approved in October 2015. The DGM will operate on two levels: “(i) the national level focusing on capacity building and institutional strengthening; and (ii) the landscape level focusing on the implementation of activities in the two selected landscapes, Zambezia and Cabo Delgado. Activities on-the-ground will aim to address the drivers of deforestation, while prioritising livelihoods improvements for communities who live in and around the forests.” In addition, it will establish a small grants programme, with specific grantee selection and eligibility criteria under development.

The UK asked for further information on the composition of the National Steering Committee (NSC) given low capacity, nothing that “the interim NSC is very much dominated by NGOs, and it isn’t very clear … how representative these are of local communities.”

The World Bank responded that the composition of the NSC includes representatives from community-based natural resources management committees, civil society organisations, academia, as well as the FIP coordinator. Representatives from the government and a representative from the World Bank will participate as observers. It further clarified that it has been set up “to guarantee wider representation from communities, and to ensure the institution is not dominated by NGOs or other non-community stakeholders, while also contributing to better alignment with Mozambique’s Forest Investment Plan and Project.” Finally, it confirmed that at least five of the 17 representatives will be women.

The DGM aims to “promote the inclusion of communities reliant on forests in policy formulation and initiatives as well as in other REDD+ programmes” through two components: “capacity building in REDD+ and climate change” and “sub-grants to [local communities] for promoting adaptive and coping livelihoods and sustainable management of natural resources”.

The UK expressed its surprise over the lack of connection with the EU’s Forest Law Enforcement, Governance and Trade (FLEGT) process, noting the implications for informal forest dependent enterprises. It further asked how the low level of female participation in the NSC will be addressed. Other questions included the high cost of $1 million for awareness raising, methods and languages of communication, and the rationale for training of chiefs and traditional authorities, rather than alerting them to the grants funding. Moreover, the UK felt that $1 million for management and monitoring and evaluation also seemed high, and asked for a comparison with other DGM projects.

The World Bank responded that a reference to FLEGT had been deleted in the editing process, but could be reinstated. It accepted the concern about female participation in the NSC and took on-board the UK’s suggestions for ways forward. On the high cost for awareness raising, it clarified that it includes activities, such as development of a curriculum. On the high cost for management and monitoring and evaluation, it argued that the estimate is in line with other DGM projects, and that it also includes costs for the grievance mechanism platform, further adding that Ghana “is very expensive in terms of operational costs”.

The FIP is a financing instrument aimed at assisting countries to reach their goals under the Reducing Emissions from Deforestation and Degradation (REDD+) initiative. It was set up in 2009 and aspires to provide scaled up financing to developing countries to initiate reforms identified in national REDD+ strategies, which detail the policies, activities and other strategic options for achieving REDD+ objectives. It anticipates additional benefits in areas, such as biodiversity conservation and protection of the rights of indigenous people.

The FIP is piloted in 14 countries. All investment plans for the original eight countries have been endorsed: Brazil, Democratic Republic of Congo, Laos, Mexico, Burkina Faso, Ghana, Indonesia and Peru. In May 2015, six new countries were approved to join the FIP: Congo Republic, Ecuador, Guatemala, Ivory Coast, Mozambique and Nepal, out of which two investment plans (Mozambique and Ivory Coast) were approved in July 2016. A further nine countries were invited to develop investment plans: Bangladesh, Cambodia, Cameroon, Guyana, Honduras, Rwanda, Tunisia, Uganda and Zambia.