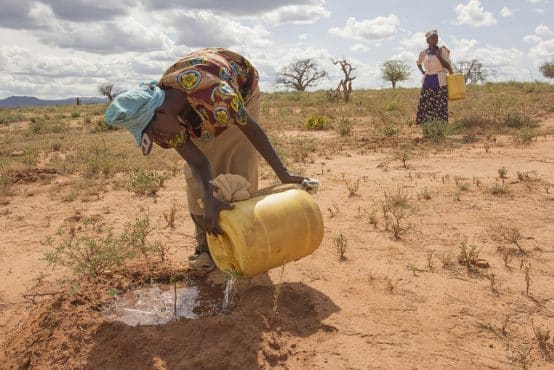 See below for general information about PPCR

Following a discussion on the May joint committee paper, Strategic directions for the Climate Investment Funds (see CIFs Monitor 13), the June PPCR sub-committee meeting agreed on “the need to enhance cooperation between the PPCR and other entities and mechanisms in the climate finance architecture, in particular the Green Climate Fund”. That includes “improved coordination at the country level led by the PPCR focal points and GCF’s national designated authorities, including in cooperation with MDBs when requested, for mobilising funding and implementing investment plans”, with a particular focus on the ten new PPCR countries approved in May 2015 (see CIFs Monitor 12). Recognising that the PPCR is still at an early stage of implementation, the sub-committee encouraged PPCR countries, supported by MDBs, “to take measures to expedite the implementation and share lessons learned.”

The meeting further noted a request from the PPCR observers calling for an expansion of the FIP Dedicated Grant Mechanism for Indigenous Peoples and Local Communities (see page 15) to PPCR and SREP.

In the June PPCR sub-committee meeting concerns were expressed over “the delays in implementation of projects and related disbursements.” The sub-committee requested that the pilot countries and MDBs “take all possible measures to expedite the implementation of projects and the disbursement of funds.” However, it also reiterated concerns that “the PPCR does currently not have sufficient resources to finance the projects in the pipeline and SPCRs for the new pilot countries”, and called on donors “in a position to do so to provide financial resources”. It further called on the MDBs and new pilot countries “to design the SPCRs to attract funding from other sources, including the Green Climate Fund”. It requested the CIF Administrative Unit, working with the MDBs and the trustee, to “prepare a pipeline management policy for the PPCR”, for consideration by the sub-committee. A cancellation policy, as per a May 2015 trust fund committee decision, is also due to be discussed in the December meeting.

According to the November PPCR operational and results report, as a result of the eight per cent decline in the value of GBP value between end of May and end of June, PPCR unredeemed pledges declined in value, with the unrealised currency related losses increasing from $28.8 million to $41.4 million. This could mean that not all projects in the pipeline will be funded. While all new pilot countries, apart from Malawi, have received approval of $1.5 million each in funding for the preparation of their SPCR, there is to date no funding available for the preparation and implementation of projects under the SPCRs. To address the funding shortfall the report states that “country governments are leading close collaboration with the MDBs to ensure their ability to request funding from other adaptation funding sources”, including the GCF.

This project represents a change in the original scope of IFC’s involvement in Mozambique’s SPCR. The project “aims to respond to the government of Mozambique’s adaptation strategy and will finance the first private sector utility-scale solar photovoltaic (PV) plant in the country. The project aims at enhancing the climate resilience of Mozambique’s power sector… The project would be located in the poor, energy deprived Zambezia province, a target province under PPCR Mozambique.”

Germany noted that “the proposal does not always clearly articulate how it differs from a conventional renewable energy project” and asked for clarity on “how it actually contributes to building climate resilience”, in particular for the target groups. It also asked for further detail on “the sources of co-financing, who has committed to them and how exactly funding is being channelled through the private sector.” Lastly, it raised the lack of “detailed gender-differentiated impact in direct relation to this project but rather a general estimation”.

Germany’s comments on the gender element were seconded and further elaborated upon in a submission by PPCR CSO observer Women’s Environment & Development Organization (WEDO), calling it “a very baseline understanding of the differentiated impacts of climate change on women and men and how increasing resilience as a whole will support gender equality”. The UK asked if any vulnerable groups will be supported and how the impact of women and girls will be monitored. The US asked about the risk categorisation of the project.

IFC clarified that “the bulk of the electricity generated by the project will be consumed locally, reducing local communities’ exposure to weather-induced transmission and distribution outages” since communities in the Zambezia region “do not have reliable supply of grid-tied electricity” due to floods and prolonged drought. On co-financing, the IFC confirmed that the funds will be invested in a private sector company set up by Norwegian solar power producer Scatec, the Norwegian Investment fund for Developing Countries, and Mozambique’s state-owned public power utility Electricidade de Moçambique.

In response to Germany, UK and WEDO’s comments and suggestions on gender, the IFC elaborated on how increased availability and reliability of electricity supply can benefit women and girls. Moreover, it stated that “depending on funding availability, IFC will carry out an impact assessment at an appropriate point in time of the project life to specifically assess the impact of the project on women and girls.” The IFC confirmed that the project is classified as A, with potential significant social and environmental risks, due to the economic displacement of 208 households to be compensated for issues, such as loss of fruit trees.

The PPCR aspires to demonstrate how climate risk and resilience can be integrated into core development planning and implementation. PPCR funding is disbursed in two phases to support two types of investment: first, technical assistance to allow developing countries to integrate climate resilience into national and sectoral development plans, resulting in a Strategic Program for Climate Resilience (SPCR); and second, funding for the implementation of this programme.

PPCR is piloted in 19 countries and two regions. In 2009, nine countries (Bangladesh, Bolivia, Cambodia, Mozambique, Nepal, Niger, Tajikistan, Yemen and Zambia) and two regional groupings (six Caribbean island countries and three Pacific island countries) were invited to participate in the PPCR. All SPCRs of the original pilot countries have been endorsed. In addition, of the regional groupings Papua New Guinea’s SPCR was endorsed in November 2012 and Haiti’s in May 2013. In May 2015, ten new pilot countries were invited to join phase II of the PPCR: Bhutan, Ethiopia, Gambia, Honduras, Kyrgyz Republic, Madagascar, Malawi, Philippines, Rwanda and Uganda.

As of end October 2016, PPCR pledges were worth $1.15 billion. As of end June, a total of $1.1 billion had been allocated for 73 projects and programmes, including $62.3 million for 10 private sector set-aside projects. Out of the allocated funds $974 million had been approved for 59 projects.