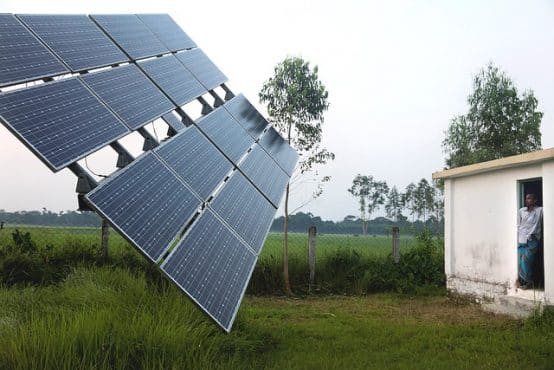 See below for general information about SREP

Following a discussion on the May joint committee paper, Strategic directions for the Climate Investment Funds (see CIFs Monitor 13), the June SREP sub-committee meeting agreed “on the need to enhance cooperation between the SREP and other entities and mechanisms in the climate finance architecture”, in particular the GCF, including through “improved coordination on a country level”. While recognising that SREP “is still in an early stage of implementation of its investment plans and projects”, the sub-committee expressed concerns over “the delays in project approvals and related disbursements” and encouraged pilot countries, supported by MDBs, “to take measures to expedite implementation.” It asked the CIF Administrative Unit to work with the MDBs and the trustee to prepare a pipeline management policy for SREP. Moreover, the meeting called for further financial support from donor countries for the implementation of the new pilot countries’ investment plans, and asked the pilot countries, in cooperation with the MDBs, “to design and/or adapt investment plans and projects in a manner that enables access to other funding channels, in particular the GCF.”

According to the November SREP operational and results report, the eight per cent decline in value of the GBP between end of May and end of June resulted in a $26.1 million loss in value of unredeemed pledges. Expected funding available for programming was approximately $404 million, however, the remaining pipeline amounts to $555 million plus $43 million in projected administrative costs, leaving a gap of $194 million. Should currency reserves not be needed to address the decline in the value of unredeemed pledges, and the outstanding pledges be received, the gap would decline to approximately $120 million. Assuming all projects in the pipeline would be submitted for funding approval, as of end June there were sufficient resources to support funding commitments until February 2017. New investment plans will be approved regardless of funding availability, however, additional resources will be necessary for the projects to enter the pipeline.

The June sub-committee meeting asked the CIF Administrative Unit to “explore modification to the SREP private sector mechanism to increase the mobilisation of private sector investments in SREP pilot countries.” A paper on a new proposed Enhanced Private Sector Program (EPSP), building on the lessons learned from SREP as well as the CTF’s Dedicated Private Sector Program, will be discussed in the December meeting. One of the aims of the new mechanism is to allow more flexibility to capture market opportunities.

UK commented on the investment plan, however, the comments were not publically available at the time of writing.

The project has two components out of which SREP funds the first: “to diversify Nicaragua’s energy matrix by developing additional geothermal capacity through supporting early exploration activities”. The component consists of “feasibility exploration activities at the Cosigüina geothermal field, including drilling of five commercial diameter explorations wells, road infrastructure and a feasibility evaluation report.” The government of Nicaragua and the IDB are also seeking an additional $10 million from the CTF’s Dedicated Private Sector Program for the same component, through a separate submission.

Switzerland asked about the contingent recovery grant part of the funding: “Please explain why a mechanism had to be constructed in this programme to transfer the SREP (and CTF) resources to Nicaragua in ‘non-reimbursable status’. Who will be responsible for its reimbursement if no private investors can be found or if the resource confirmation is not successful?” IDB in its response pointed to the need “to invest substantial resources under a high level of risk during the exploration stage”, leaving geothermal development “virtually always contingent upon public support … This particularity of geothermal power has led the MDBs to propose innovative ways to use concessional reimbursable resources from the Climate Investment Funds. This means in particular the use of targeted risk mitigation financial instruments such as contingent recovery grants that allow CIF resources to mitigate the resource risk.”

Switzerland raised the significant risks associated with the project “including habitat fragmentation as well as effects on forests, soils and water resources in an area classified as a natural reserve” and asked: “did an independent panel of environmental experts assess the programme with regards to risks vs expected benefits relation.” Moreover, the US asked how IDB plans to address breaches identified in the environmental and social impact assessment (ESIA) for stage 1 and why no ESIA is planned for stage 2. SREP CSO observer Centro Humboldt added a number of further questions regarding social and environmental impacts. They also called for more openness about the consultation process.

SREP was launched in 2009 and aims to catalyse scaled up investment in renewable energy markets in low-income countries by enabling government support for market creation and private sector implementation.