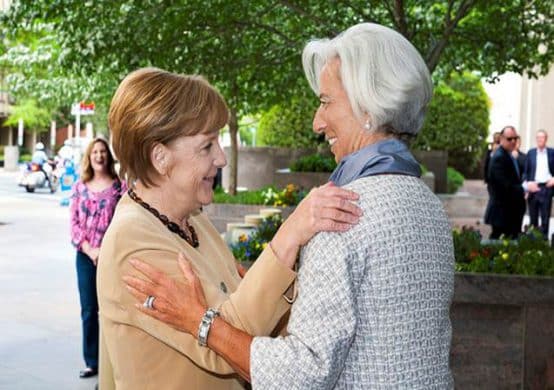 As negotiations proceed between the Troika (the European Commission, the European Central Bank and the IMF) and Greece on a third loan package of $92 million by 2018 (see Observer Summer 2016), the participation and role of the Fund remain uncertain. While Germany has stood firm against debt relief for Greece, the Fund has called for “upfront” and “unconditional” debt relief and stressed that its participation in the third loan package will depend on its evaluation of the sustainability of Greece’s €330 billion ($353 billion) debt. While Greece has recently suggested that it is happy to proceed without the Fund, its participation in the new package is considered politically important to Germany, which has threatened to block a new agreement without the IMF.

In mid-December senior IMF officials published a blog disputing Greek government assertions that it is pushing for additional austerity measures, arguing that “the IMF is not demanding more austerity” and that “Greece’s debt is highly unsustainable and no amount of structural reforms will make it sustainable again without significant debt relief.” The blog concludes “if Greece agrees with its European partners on ambitious fiscal targets, don’t criticise the IMF for being the ones insisting on austerity”.

According to The Guardian newspaper, the Greek finance minister in December stated that “the IMF is economising with the truth when it says it is not asking for more austerity”, stressing that “the IMF was advocating policies that were bound to increase inequality and social exclusion – contradicting its own self-avowed goal of inclusive growth”. Commenting on the continued push for additional pension and labour reforms, the finance minister stressed that “Greek expenditure on both pensions and other subsidies is about 70 per cent of the EU average and 52 per cent of that of Germany.”

the IMF is economising with the truth when it says it is not asking for more austerityEuclid Tsakalotos, Greek finance minister

In mid-December, news service Reuters quoted European Commission spokeswoman Annika Breidthardt “the European institutions consider that the policies of the ESM [European Stability Mechanism] program are sound and if fully implemented can return Greece to sustainable growth and can allow Greece to regain market access”. The IMF and ESM disagree on the size of budget surplus required of Greece, with the IMF arguing that European demands for a surplus of 3.5 per cent of GDP in 2018 is unachievable without additional counterproductive and likely unsustainable measures. The IMF has proposed that Greece aims at a 1.5 per cent surplus.

In October 2016 news agency AP reported that Greece’s largest trade union had brought a case to the Council of Europe alleging that the last six years of austerity resulted in human rights violations, stating that “successive measures … have eroded protection offered by collective wage agreements, cut the minimum wage, and imposed repeated and arbitrary cuts on salaries and pensions.” The arguments used by the trade unions are consistent with the findings of Cephas Lumina, UN special rapporteur on foreign debt and human rights, who after a visit to Greece in 2013 warned that the “Troika bailout conditions are undermining human rights”(see Update 86).