Civil Society Guide to the GFF

How will the Global Financing Facility deliver for sexual and reproductive health and rights? 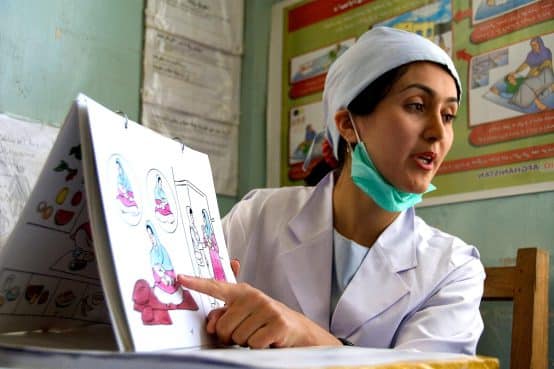 by Taryn Couture of PAI

This briefing finds that investments by the World Bank-hosted Global Financing Facility (GFF) do not reflect the family planning priorities identified by developing countries and local communities. The GFF also continues to suffer from a lack of transparency and meaningful civil society participation, raising doubts about the new mechanism’s effectiveness. In 2014 the GFF was announced as a “pioneering” mechanism to finance efforts for reproductive, maternal, newborn, child and adolescent health (RMNCAH) programmes and policies. The GFF was developed as a multi-stakeholder partnership in support of the UN Secretary-General’s Global Strategy for Women’s, Children’s and Adolescents’ Health (the Global Strategy) with the objective to help fill funding gaps for RMNCAH. To date, the GFF has 15 focus countries: Bangladesh, Cameroon, the Democratic Republic of Congo, Ethiopia, Guatemala, Guinea, Kenya, Liberia, Mozambique, Myanmar, Nigeria, Senegal, Sierra Leone, Tanzania and Uganda.

Funding for the GFF comes from donors, which is pooled through the World Bank. Implementation of the GFF is supported by a secretariat which sits at the World Bank. In addition to the secretariat, the GFF is overseen by an investor group responsible for garnering new money and monitoring progress of investments.

GFF investment cases lay out multiple priorities, but the GFF Trust Fund and complementary funds from the International Development Association (IDA), the Bank’s low-income country arm, will only cover some of these priorities. Priorities that are identified for funding by the GFF Trust Fund are described in Project Appraisal Documents (PADs) developed by the World Bank. Resources for GFF priorities that are not covered by these are supposed to be identified and resourced by other bilateral and multilateral donor funds, and domestic resources; however, it is unclear how funding for the other priorities are identified, and how involved the World Bank or in-country stakeholders and governments are in making those decisions.

GFF investment cases are supposed to be developed and implemented through engagement with a range of stakeholders, including civil society organisations (CSOs) and the private sector, to ensure that GFF funding reflects the priorities of all sectors in the country, and garners local support for the GFF.1 However, this does not reflect the reality on the ground. For example, while the GFF has set minimum standards for inclusiveness and transparency at the country level, there is no requirement that CSOs be included in decision-making processes. Unsurprisingly, CSOs have struggled to engage with the GFF to date. Not only does this undermine transparency and accountability, it increases the chances that GFF priorities will not match the needs of communities.

The recently adopted Sustainable Development Goals (SDGs), which include a specific target for ensuring universal access to sexual and reproductive health, need financial support to be realised. Strong family planning programmes, underpinned by the adequate provision of contraceptives, are essential to achieving the SDG targets and the Global Strategy. Fulfilling contraceptive needs and averting unintended pregnancies improves maternal and child health by reducing the number of  abortions, miscarriages, and stillbirths, as well as maternal and child deaths. Unfortunately, family planning is facing a looming contraceptive funding crisis2, some of which the GFF has the potential to mitigate. To better understand how responsive the GFF is to RMNCAH priorities, PAI, a US-based NGO, conducted a review of family planning and contraceptive procurement language in investment cases and PADs. Our detailed findings are included in the forthcoming report, The GFF and Family Planning.3

PAI analysed GFF investment cases and PADs focusing on objectives/results, components/interventions, and indicators because these three areas most closely translate into activities and projects the GFF will fund. Objectives/results identify the overarching goal to be achieved by the GFF, components/interventions define how the GFF programmes will be implemented, and indicators outline how GFF outcomes are measured in-country.

The five publically available PADs — Kenya, Tanzania, Nigeria, Cameroon, and the Democratic Republic of the Congo — were also analysed to determine which priorities or activities outlined in investment cases will receive GFF Trust Fund support. The research for the PADs focused on the same areas as that of the investment cases.

Lack of transparency is another issue. Following recent complaints about the poor translation of family planning language into projects identified for GFF funding, the GFF secretariat has begun to describe the GFF as a pie, where the GFF Trust Fund and IDA will cover only a “slice,” or part of the priorities laid out in a country’s GFF investment case. The other donor organisations or countries are expected to take the other slices of the pie, but it’s unclear who gets to decide which priorities the GFF will fund. Once an investment case is done, advocates are in the dark about funding agreements that countries make with the GFF and other donors.

It is worrisome that these decisions around prioritisation and funding are made behind closed doors, without broad stakeholder engagement, because it means that some important programmes or constituents, including CSOs, may not have a voice. Individuals and institutions have their own priorities for funding and sometimes neglect areas that are important for the health of a community or country. Furthermore, without knowing which funders have committed to which “slices of the pie,” civil society cannot play its important accountability role ensuring that commitments are fulfilled.

Additionally, for programmes that are not included in the PADs, there remain questions about how to ensure that another donor will cover the remaining components of the investment case. The GFF should provide guidance to governments to ensure that donors are coordinated in taking up all of the components of the investment case. Otherwise, this lack of coordination results in uncertainty, particularly for programmes that are historically neglected but are critical to improving maternal and newborn health, such as family planning.

Sequencing raises further questions about how well investment cases are shaping actual GFF investments. Three countries have not yet completed their investment cases, but priorities have already been identified to receive GFF  investments as described in the PADs. This undercuts gaining broad stakeholder ownership of priorities for GFF funding.

The GFF requires additional work to ensure that important RMNCAH components —particularly family planning — are being funded. PAI’s recent review is limited to the number of countries that have completed and made public their investment cases, as well as those that have had GFF funding already identified for them through a PAD. However, many countries still have investment cases to complete and opportunities to engage with the GFF Trust Fund.

Advocacy for strong language in investment cases, however, won’t matter if other pieces of the “pie” are not being funded. Therefore, it is important that CSOs have the ability to monitor GFF funding and their sources. For those countries that did not see their priorities translate into PADs, such as is the case for Tanzania, there are opportunities for CSOs to use the investment case priorities to petition the Ministry of Health and World Bank contacts in-country to ensure that their priorities are included in future iterations of funding. Part of this work also includes advocacy to the GFF by all stakeholders, including CSOs, to be brought into discussions on how the GFF is being funded and on which donors are taking which slice of the pie.

The GFF has the ability to fill important gaps in RMNCAH but only if local voices are respected and access to family planning is sufficiently prioritised. PAI’s research indicates that country priorities around family planning may not be sufficiently translating into actual investments. Our findings suggest that despite family planning being a proven and cost-effective investment in improving RMNCAH, prioritisation is not a given in GFF Trust Fund investment cases, nor is it translated into PADs. Moreover, this is unlikely to happen without greater GFF transparency and concerted efforts of civil society to demand inclusion in GFF decision making processes.

Civil Society Guide to the GFF

How will the Global Financing Facility deliver for sexual and reproductive health and rights?