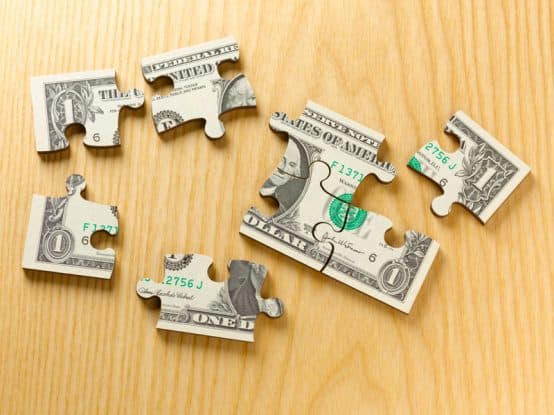 A late February blog by three senior IMF staff set out the IMF’s current perspective on unsustainable debts and debt restructuring (including cancellation of some debts) by countries unable to repay their creditors. The ongoing disagreement between the IMF and eurozone governments as to whether Greece’s debt is sustainable indicates why this blog was published at this time. This debate matters equally for the less-publicised debt problems facing countries in the global South where the IMF is a key actor, especially following the fall in commodity prices since 2014 and the rising value and interest rates of the US dollar.

Mozambique defaulted on debt payments in January, after the IMF rightly suspended its bailout loans in 2016 following revelations that $1.1 billion had been secretly lent to by two London banks without any approval by the Mozambican parliament. Ghana’s debt crisis has intensified with talks taking place about an extension of IMF loans (see Observer Winter 2017). In February Mongolia reached a loan deal with the Fund alongside the World Bank, Asian Development Bank, Japan and South Korea, worth a total of $3 billion, so that it can keep repaying its lenders. Moreover, Zambia is in negotiations for a loan from the IMF.

The blog acknowledges that where countries’ debts are un-payable then prompt and effective debt cancellation is needed, rather than “further belt-tightening”. The blog also warns that growth assumptions can be “heroic” rather than “realistic”, so the blog represents at least a rhetorical change for the IMF.

However, this realism is contradicted by the IMF’s own actions. Its loans invariably help to bailout private lenders as occurred in Greece, rather than helping countries to manage unsustainable debt by partial cancellation, or restructuring, which shares the burden of economic shocks with the original lenders. The IMF blog defines debt sustainability as the ability of a country to keep paying its debt, the same approach as during the debt crisis of the 1980s and 1990s. In contrast, civil society and the UN have long argued that debt payments become unsustainable when repaying them prevents the state from ensuring human rights obligations are being met.

But realism, rather than rhetoric, continues to be sorely lacking in IMF programmes. For example, the IMF can only claim that Ghana’s debt is sustainable by ‘heroically’ projecting that GDP measured in dollars will grow by 8.2 per cent a year for the next 20 years, government revenue will increase at an even faster rate than economic growth, interest rates will fall at a time global rates are increasing, and public spending will be cut by 20 per cent per person. Unsurprisingly, the new Ghanaian president, Nana Akufo-Addo revealed in February that Ghana missed nearly all targets set for the IMF programme in 2016. When the IMF decides to lend without restructuring unsustainable debt, its loan is used to enable debt payments be made to other creditors, whilst the government’s overall debt continues to increase, exacerbating the unsustainability of the overall debt.

The blog acknowledges that the IMF’s financial support to countries can simply bail out existing lenders, arguing that this is a problem because it undermines “political support for reforms from the public, which could see its sacrifices as primarily benefiting creditors”. However, the real problem is the inherent injustice of using public money to increase poverty and inequality in the name of paying high interest to rich international speculators.

In practice the IMF continues to defend speculators even when it accepts a debt restructuring is needed. According to the blog post: “Wherever possible, the IMF encourages a member to restructure unsustainable debt without a default” because it “can be particularly disruptive”. The reality is that in the absence of a legally constituted debt workout or arbitration mechanism, the only tool governments have to force creditors to negotiate on debt restructuring is the threat of default. And for a threat to be credible, it has to be real.

Academic analysis published by the IMF in 2008 has shown that debt default invariably comes after economic disruption has already occurred, rather than causing it. It also tends to be followed by economic recovery, though defaulting can be politically damaging for the government concerned. Defaulting or threatening to do so is never an easy decision to take. However, the evidence suggests it is more economically and socially disruptive to put off the inevitable by paying  unsustainable debts, because you only end up owing more for no benefit in the long run when the debts can no longer be repaid.

The IMF should support threats of default when debt restructurings are genuinely required and help overcome the pariah status which is wrongly attached to governments that choose to default. Enhancing the credibility of the threat of default would make the private sector more willing to negotiate, which would reduce the need for a default and perhaps even encourage more responsible lending in the first place. That the IMF is recognising the importance of debt restructuring is a positive step forward, but there is still a long way to go.