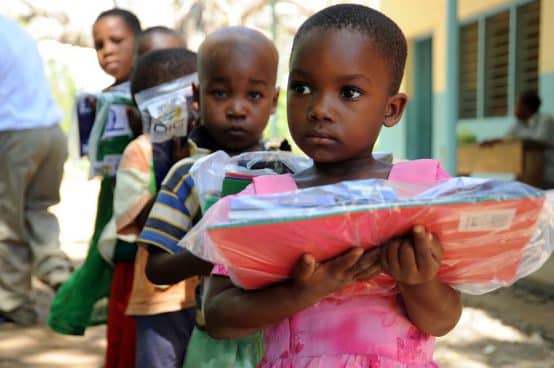 In January the World Bank released a concept note of the 2018 World Development Report (WDR), which will be the first WDR focused on education. The concept note stated that “Getting education right — and fulfilling its promise as a driver of development — is essential; the focus of the WDR 2018 is on how to do this.” According to the concept note, the report will aim to “provide guidance on how to expand the scope and quality of education around the world” and will focus “on learning outcomes and skills for life and work, and to provide guidance on how education systems can be reformed to deliver them.” The report will address four areas: (i) the promise of education, focusing on “better policies and delivery — both within and outside the education system”; (ii) the learning crisis, “promoting universal learning and skills”, (iii) effective interventions to build learning, using past evidence on innovations “as a starting point for countries’ own experimentation”; and (iv) learning at scale, with “careful attention to the technical, political, and social challenges of aligning an education system toward delivering relevant learning and skills.” The 2018 WDR report is expected to be launched in late 2017, most likely after the Bank and Fund’s annual meetings in October.

Whilst international NGOs ActionAid and the Right to Education Project expressed support for the World Bank making the case for education as key for development and the achievement of all the Sustainable Development Goals (SDGs), David Archer of ActionAid expressed concerns over the report’s initial framing: “it appears the report will have a pre-emptive narrow approach, which focuses on learning outcomes to the exclusion of other issues, such as the continuing challenges of access and equity”. He also noted that the report outline focusses “too much on assessment and measuring learning, rather than improving learning”. Another significant concern for Archer is that “the report outline fails to address the need for increased domestic and international financing”, such as recommended in the September 2016 International Commission on Financing Global Education Opportunity report. He also noted that it seems that “teachers and teacher unions seem likely to be presented as an obstacle to reform rather than as a part of the solution.” Anjela Taneja of Global Campaign for Education, commented: “in this concept note the Bank breaks away from the well-negotiated consensus established as part of the SDG negotiation process, in terms of what really matters in education, bringing the focus back on the narrowly defined learning crisis.”

it appears the report will have a pre-emptive narrow approach, which focuses on learning outcomes to the exclusion of other issues, such as the continuing challenges of access and equityDavid Archer, ActionAid

In March the World Bank held a three week E-Forum consultation on the report and the WDR team will accept inputs via email at world_dev_report@worldbank.org, but it is not clear until when submissions are accepted. However, CSOs have raised concerns about the effectiveness of the consultation process, given that “it is not clear what is being taken on board since the outcomes of the consultations are not documented anywhere in the public domain yet, meaning we do not really know what the Bank is taking away from any of the discussions”, according to Taneja. CSOs also worry that the report will draw from a narrow evidence base and are concerned about the lack of transparency around the consultation process.