From free to fee: Are for-profit, fee-charging private schools the solution for the world’s poor?

RESULTS launches new report “From Free to Fee” in Kenya 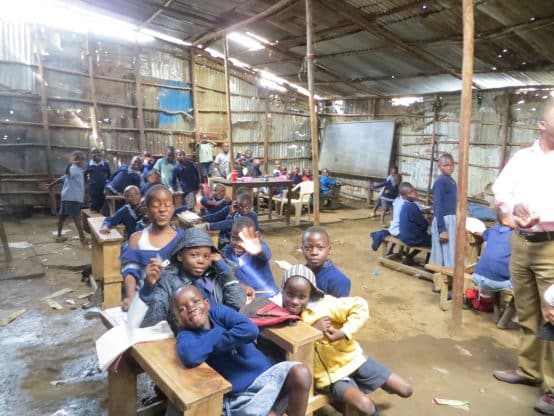 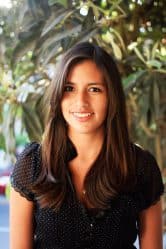 Despite the World Bank’s commitment to promote free primary education, the International Finance Corporation (IFC, the World Bank’s private sector arm) approved $162 million in investments for the expansion of fee-charging, for-profit primary and secondary schools worldwide from 2011 to 2015. The IFC has stated that investment in fee-charging private education is a mechanism for poverty alleviation, and its 2014-2016 strategy paper proclaims that investments in private education complement public education systems. Recent evidence from NGOs, such as the Global Campaign for Education, however, shows the contrary: fee-charging, for-profit private schools exacerbate discriminatory access to education and undermine the World Bank goals of reducing extreme poverty and increasing shared prosperity.

Do IFC investments reach the poorest?

A March report by US-based NGO RESULTS Educational Fund investigated whether IFC investments in basic education target, reach and benefit the poor. Its methodology consisted of a portfolio review of all IFC investments in pre-primary, primary and secondary education (K-12) from 1996 to 2015, and included field visits to IFC-approved projects in South Africa, Uganda and Kenya. The research found that from 2011 to 2015, 53 per cent of IFC investments in education were in K-12, and favoured fee-charging, private, commercial school chains that target lower income groups. IFC investments in school chains have quadrupled, from $37.4 million in 2006-2010 to $153.18 million in 2011-2015. The increased targeting of low-income groups aligns with the IFC’s growing focus since 2001 towards investments that reach the bottom of the pyramid. However, despite targeting the poor, the IFC-funded schools analysed struggle to reach or benefit them.

The research found that the IFC-funded schools investigated were located in close proximity to other public or private schools, suggesting that their location had been determined by market viability and not by the needs of marginalised communities, who tend to live in more isolated areas. Most children in the IFC-funded for-profit schools were not previously out of school and only 3-6 per cent of children received partial or full scholarships. Although fees in both public and private schools were the main barrier for the poor to access and remain enrolled in basic education, for-profit private schools visited during the research deny access to children who fail to pay fees, with parents often making sacrifices, such as foregoing meals and taking out loans to pay. A spokesperson for a local NGO in one of the countries visited commented “[it is] a concern that brings in a human rights issue because you are trading and profiting from the poor”.

The biggest anomaly is that [fee-charging private schools] are charging fees when the government wants free education … how are they complementary?government official

In contrast, fees charged by public schools are not set by the government but by the school’s board to compensate for insufficient government funding. In the public schools studied, children are not turned away due to their inability to pay fees. A government official from one the countries visited during the research, which for safety reasons are grouped by stakeholder category and not by country, commented: “The increasing commercialisation of education is hindering access”.

RESULTS found that not all private for-profit fee-charging school providers are the same in this regard. A local researcher from one the countries visited commented that “low-cost schools can … be categorised in terms of how much they charge, so the ones that are community based or church based, their cost is very low. That is why you find the poorest going there. But the ones that are purely for profit, their cost is slightly higher. You will find the least of the poor … attending there.” Schools leaning towards the commercial end — most IFC-funded schools — seek to make revenue on a large scale to ensure financial sustainability. Some of these schools keep their costs down by avoiding regulations and employing teachers who are not qualified by the government. This evasion of national guidelines has led to court cases against an IFC-funded for-profit low-fee provider and the closing of schools in both Uganda and Kenya (see Observer Autumn 2016, Summer 2016).

How to reach the poor through education financing

If the IFC’s aim is to support the most marginalised children through private initiatives, their K-12 investments should focus on funding education services that enhance free public education and are complementary of national systems rather than in direct provision of private education. RESULTS research found that complementary services, such as the production of learning materials, building of school facilities, and student transport, among others, have a significant impact on the access to and quality of education received by the poorest children. A government official from a country visited commented that “The biggest anomaly is that [fee-charging private schools] are charging fees when the government wants free education … how are they complementary?”  To further ensure the poor are benefiting from IFC investments in education, the IFC should continue to only invest in countries where the International Development Association (IDA, the Bank’s low income country arm) is providing funding to public education. The presence of both IFC and IDA will help guarantee complementarity between the public and private systems for education provision.

From free to fee: Are for-profit, fee-charging private schools the solution for the world’s poor?

RESULTS launches new report “From Free to Fee” in Kenya