The macro economy and gender: the IMF goes some way but not quite far enough 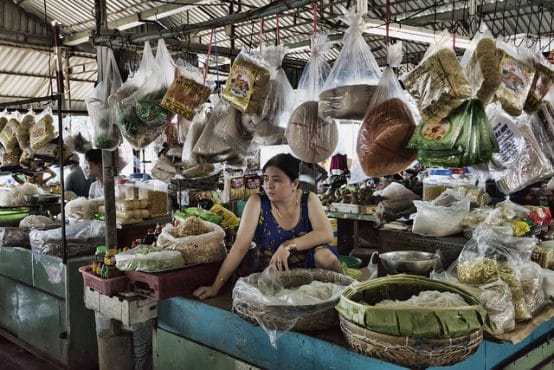 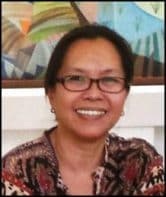 This briefing by Mae Buenaventura of the Asian Peoples’ Movement on Debt and Development explores the gender dimensions of the IMF’s key fiscal policy advice on resource mobilisation in developing countries, in particular on Value-Added Tax (VAT). It seeks to give an overview of the IMF’s policy advice on tax reform, primarily the use of VAT. It reveals VAT’s importance to alleviating poverty, promoting women’s rights and advancing gender equality; and put forward policy and advocacy recommendations for equitable and gender-fair measures in resource mobilisation.

Developing countries face huge resource needs to finance their development, including financing women’s rights and gender equality. In the context of these urgent social needs, VAT is a key mechanism of tax systems worldwide. The IMF, the World Bank and other international financial institutions have consistently championed the adoption and increase of VAT among developing countries. However, VAT has not always produced such clear-cut positive outcomes as the IMF likes to suggest, as manifested in the experiences of developing, low income countries based chiefly on agriculture, and marked by large informal sectors, governments captured by elites, weak administrative capacities and low literacy levels. To varying degrees, VAT policy practice in developing country contexts indicated regressivity, meaning that it exacted proportionally steeper costs from the very vulnerable groups that could have benefited most from the increased revenue, and less from higher income groups. Other important features of developing economies are also largely ignored by VAT proponents, such as the existence of large informal sectors where many economic activities are beyond the reach of the tax. This has implications for gender equality.

If gender differences are not taken into account from design to implementation, VAT can end up not only regressive but gender discriminatory as well.Mae Buenaventura, APMDD

Using gender as a category of analysis brings out biases that would otherwise be missed in the general assumption that institutions and policies are gender neutral and therefore apply equally to men and women alike. Taxation, including the structure or design and implementation of VAT, can affect women and men differently because of four general factors: gender differences in paid employment; women’s work in the unpaid economy; gender differences in consumption expenditures; and gender differences in property rights and asset ownership. Lower productivity and earnings of female farmers and entrepreneurs are also relevant when examining the gender dimensions of VAT design. While exemptions and zero-rating on specific goods have been introduced by many governments in an effort to address VAT’s regressive effects, these do not always translate into gender-equal results and multiple rates are generally not encouraged by the IMF. If gender differences are not taken into account from design to implementation, VAT can end up not only regressive but gender discriminatory as well.

Not only is the IMF’s approach to VAT an imposition and an infringement on national sovereignty; it has also been shown to be a flawed strategy in a number of cases in developing countries. Developing countries’ large informal sectors and narrow tax bases limit VAT’s reach as a broad-based tax, rendering it inefficient. VAT has not ushered in improved tax-to-GDP ratios. While VAT revenues have risen, overall revenue collection has remained low and resources are still inadequate for public expenditure needs. It has shifted the burden of who bears the heaviest revenue-raising effort with typically regressive and gender unequal results that are particularly disadvantageous to women.

Several gender and human rights issues have emerged in the course of implementation, casting even more doubt on claims that the difficulty in implementing VAT will eventually be worth the effort. Even with exemptions and zero-rating measures that generally made the VAT structure more equitable and lessened negative impacts on the poor, some regressivity often remained. Gender analysis has proven to be a valuable tool for women’s rights advocates and activists in assessing these biases. By applying gender equality perspectives, VAT implementation has been shown to contain gender discriminatory elements that disadvantage women.

Further research on the implications and consequences of using VAT as a major instrument for expanding domestic resource mobilisation is clearly needed. A counter-discourse must be mounted more vigorously and comprehensively on strengthening progressive income taxation, especially on corporations and wealthy individuals, and curbing the practices of tax dodging that are causing resource erosion in developing countries, instead of insisting on inequitable and gender-discriminatory measures like VAT.

This briefing is part of a series on the gendered impacts of IMF policy, examining the Fund’s policy advice and conditionalities in the context of resource mobilisation, labour market participation and flexibilisation and government expenditure. These studies are part of a compendium released in October 2017. It has been produced as part of the Gender Equality and Macroeconomics project, a joint project of the Bretton Woods Project and the Gender and Development Network.

The macro economy and gender: the IMF goes some way but not quite far enough