Who pays for the Fund and the Bank? 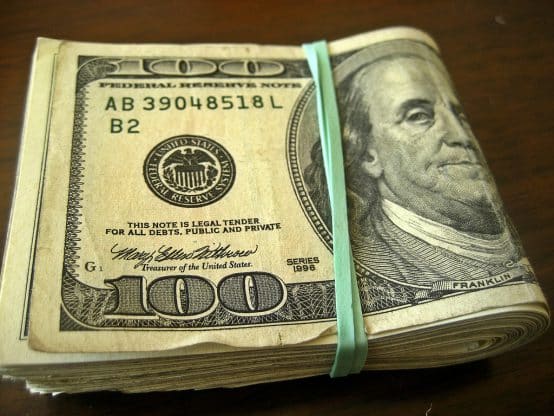 This Inside the Institutions looks at the funds available to the IMF and the World Bank, including the origins of IBRD and IFC resources and an overview of the most recent changes in the IMF and IDA’s funding streams and mechanisms.

The IMF and the World Bank’s financial resource base is mainly made up of member states’ contributions. These resources allow them to make initial loans and draw income through two main streams. The first derives from their lending operations, while the latter comes from the income on investments in financial markets.

As of October 2016, the IMF has approximately $964 billion of of capital, which it can make available to its 189 member countries. The principal purpose of IMF lending is to assist countries with balance of payment problems so that these do not threaten global financial stability. This crisis resolution role is at the heart of IMF lending. The IMF can also support countries to cope with adverse shocks, such as those that resulted from the 2008 financial crisis.

Approximately 46 per cent of IMF resources come from contributions of its member countries, through the payment of quotas. The current quota formula is a weighted average of GDP (weight of 50 per cent); openness (30 per cent); economic variability (15 per cent); and international reserves (5 per cent). The IMF’s resources are denominated in Special Drawing Rights (SDRs), an international reserve asset created under the Bretton Woods fixed exchange system to supplement the member countries’ official reserves (see Observer  Winter 2016, Update 65).

Apart from determining the country’s contribution to the Fund, the quota system also defines the voting power and the maximum amount of resources a country can borrow in normal circumstances. The 2010 reform of the quota system, which was approved in 2016, resulted in a doubling of the Fund’s financial resources from $330 billion to $660 billion and a slight increase of the quota shares of emerging countries (with minor decrease of US shares). China was the major beneficiary of the quota revision, becoming the third largest member country in the Fund. As of October 2016, quota resources added up to $447 billion (see Observer Winter 2016). Two other credit lines exist to augment the financial position of the IMF in case of exceptional situations that pose a threat to the stability of the monetary system.

The New Arrangements to Borrow (NAB), which was proposed after the 1994 Mexican crisis, entered into force in 1998 and was expanded in 2010 in order to supplement the Fund’s quota resources. Following the increase in quotas resulting from the 14th quota review in February 2016, the NAB has been halved from about $500 billion in a move from NAB to quota resources. NAB amounted to $250 billion coming from 38 countries in October 2016. In November 2016 the IMF executive board approved the renewal of NAB for a five-year period beginning November 2017.

Following the 2008 financial crisis, in response to concerns about the IMF’s response capacity arising from a lack of quota increase during the past decade, a line of borrowing was created with bilateral borrowing arrangements established in 2012 to ensure the IMF could meet its lending requirements. These arrangements totalled up to $360 billion in October 2016.

In 2016, the IMF’s forward commitment capacity (FCC), the resources immediately available for new, non-concessional lending, amounted to $283.3 billion. The FCC is determined by the Fund’s usable resources, including NAB and loan repayments over the next twelve months, minus resources already committed and a prudential balance.

Concessional lending to low-income countries is not financed through quota subscriptions, but through contributions from member countries and the IMF itself. The Fund provides low-interest loans under the Poverty Reduction and Growth Trust (PRGT). Debt relief is provided under the Heavily Indebted Poor Countries (HIPC) Initiative, the Catastrophe Containment and Relief (CCR) Trust and the Multilateral Debt Relief Initiative (MDRI).

IBRD is owned by the governments of its 189 shareholder countries and lends to middle income countries. IBRD is the one of the largest Multilateral Development Banks (MDB) in the world and is one of the five institutions of the World Bank Group. IBRD’s main assets are its loans to member countries. As of December 2016, IBRD’s net loans outstanding amounted to $171.1 billion. Approximately 22 per cent of IBRD’s net loans are financed through equity, while the remaining portion is funded by proceeds of borrowings from capital markets. Thanks to its consistent triple-A rating since 1959, IBRD can borrow at low interest rates and offer access to capital to creditworthy middle and low income countries on favourable terms.

Funds raised through capital markets that are not deployed for lending are kept in the investment portfolio to ensure a prudential level of liquidity for its operations. As of December 2016, the liquid asset portfolio amounted to $57.1 billion, while the borrowing portfolio totalled $190.2 billion, made up of debt securities in a variety of currencies.

IBRD’s business model is not based on profit maximisation, but on prudent management in order to generate enough revenue for its operations; for balance sheet consolidation (through accumulation of reserves); and to provide income transfers to the International Development Association (IDA), the World Bank’s low-income country arm.

IDA complements the work of the IBRD by providing loans, called “credits”, and grants to the world’s poorest countries when they are not eligible to borrow from IBRD. Eligibility for IDA support depends on the country’s relative poverty measured and updated annually in terms of Gross National Income per capita, with the threshold for fiscal 2016 set at $1,215, as well as its creditworthiness and ability to borrow on market terms. IDA also supports some countries that are above the threshold but lack the creditworthiness to borrow from the IBRD. Additionally, “blend countries”, such as Vietnam, are eligible for IDA support based on income levels but are also sufficiently creditworthy for some IBRD borrowing.

IDA lends money on highly concessional terms, with interest rates as of 1 January 2017 varying from 3.125 to 6.7 per cent on loans. Countries at high risk of debt distress (“red light” countries) receive 100 per cent of their support in grants. Together with the IMF and the African Development Fund (ADF), IDA also provides debt relief though the HIPC initiative and MDRI. In March 2016 the board of directors approved the establishment of an IDA Scale-up Facility (IDA17 SUF) to provide additional support to IDA countries for the remainder of the IDA 17 period. The SUF finances IDA operations approved before the end of FY17. The SUF credits are offered at non-concessional lending terms to eligible clients – those at low or medium risk of debt distress – to ensure consistency with the Non-Concessional Borrowing Policy (NCBP) and the IMF Debt Limits Policy.

Unlike the IBRD, IDA raises most of its funds through contributions by its 173 shareholder countries. Contributions to IDA are also used to calculate voting shares at both IBRD and IDA. Replenishment rounds take place every three years.

IDA 17 funding featured member state contributions of $31 billion, internal resources/carry-overs of $19 billion, member loans of $4 billion and WBG transfers of $3 billion. The last IDA replenishment round (IDA 18) was finalised in December 2016, and expects IDA to use its triple-A credit rating to raise a third of the committed $75 billion through capital markets. Another third will come from the Bank’s own resources, with transfers from IBRD’s net income and grants from the IFC.

Other forms of income include borrowers’ repayments of earlier IDA credits, service charges and investment income. IDA’s fixed service charge has been set at 0.75 per cent and covers administrative expenses. Additional revenues for administrative expenses derive from a commitment charge that ranges between 0 and 0.5 per cent. IDA 18 also includes a plan to create a new $2.5 billion Private Sector Window (PSW) managed together with the IFC and the Multilateral Investment Guarantee Agency (MIGA, the World Bank’s political risk insurance arm) (see Observer Winter 2017).

The IFC is one of the world’s largest development institutions primarily focused on the private sector and is owned by 184 member countries. Apart from the contributions from member states, the IFC relies for its resources on capital markets and retained earnings from previous operations. As the World Bank’s private sector lending arm, it raises virtually all its funds by issuing debt obligations in international capital markets. For this reason, maintaining a high credit rating is important in order to keep borrowing costs low. During FY 2016, the IFC borrowed in 18 currencies. In 2016, out of a total capital of $22,766 billion the IFC held $20,475 billion in undesignated retained earnings and $2.58 billion in authorised capital (contributions from member states). In addition, the IFC maintains a small borrowing window with IBRD, although it rarely uses this facility.

During the past 60 years, the IFC has used the capital from member states to generate about $245 billion in financing for its activities. In FY 2016, the IFC invested nearly $18.8 billion, including $7.7 billion in funds mobilised from other investors. The highest portion of long-term commitments, 45 per cent ($5 billion), comprised investments in financial markets and funds. Latin America and the Caribbean was the region with the highest level of IFC investment, amounting to $2.7 billion, or 24 per cent of long-term commitments. While in 2016 the IFC had income before grants to IDA of $296 million, it made grants to IDA totalling $330 million, leaving it with a net loss of $33 million.

This article has been adapted since publishing to reflect input by the IFC and the World Bank.

Doing Business scandal, likely conditions attached to SDR rechannelling and lack of Bank and Fund support for an intellectual property waiver for vaccines highlight links between undemocratic governance structures at Bank and Fund and the uneven recovery from the pandemic.

Notes from the Civil Society Policy Forum session on 6 October on the governance and resourcing implications of IMF's surcharges.

Notes from the Civil Society Policy Forum session on 4 October on the ways to maximise the impacts of the recent allocation of $650 billion Special Drawing Rights.

Analysis of the G20 communiqué published on 7 April from the 2021 World Bank and IMF virtual Spring Meetings.

As the Covid-19 pandemic exacerbated and helped reveal pre-existing injustices and structural flaws in the global economy - and the IMF and World Bank proved unable to reverse course on broke policy prescriptions - calls for reforming the international financial and development architecture gained strength.

Analysis of the IMFC communiqué, issues on 15 October, from the 2020 World Bank and IMF virtual Annual Meetings.

As the inability of Bank and Fund to adapt their policies in response to the Covid-19 pandemic becomes more evident, hope turns to the UN system and a radical restructure of the global international financial architecture.

As G20 gears up to take critical decisions on international financial response to Covid-19, the consequences of overly rosy IMF forecasts are potentially more costly than ever.

Who pays for the Fund and the Bank?