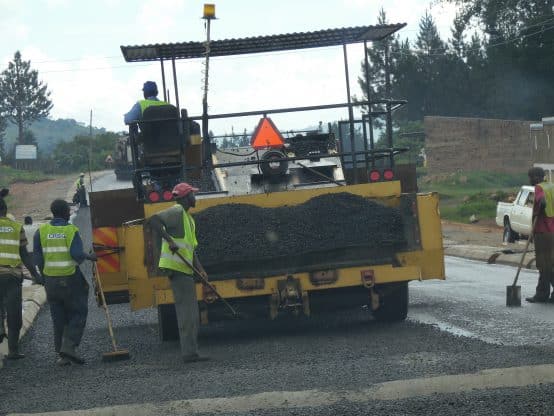 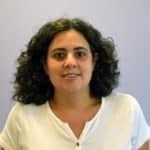 In late 2015, the World Bank announced that they were cancelling the Uganda Transport Sector Development Project (UTSDP), stating that “an early review of the World Bank-financed project found inadequacies in Bank supervision and lack of follow-through after serious issues were identified … Management acknowledges that supervision has been insufficient.” The cancellation followed a preliminary investigation into concerns raised by the community concerning the sexual exploitation of young girls by project construction workers.

The World Bank approved a $190 million loan to the government of Uganda for UTSDP in 2009; an additional $75 million was approved in 2011. The project aimed to boost economic activity through better access to markets, social and health services, and employment by upgrading a 66.2 km gravel road from Kamwenge to Fort Portal in western Uganda. While the project had some positive effects, such as improvement in the communities’ economic well-being through an increase in household incomes, better access to markets, and increased employment opportunities, it was also plagued by a number of problems, related to sexual violence, child labour, community safety, lack of consultations with the affected community, and insufficient compensation for those who lost land to the project. Most concerning was the sexual abuse and exploitation of women and children. This included sexual assault by project workers against school-girls, unintended pregnancies, and an increase in women contracting HIV/AIDS. Most of the crimes were perpetrated by unsupervised and unmonitored project construction workers.

Those affected first reached out to the Bank’s Uganda country office in December 2014 in an attempt to have these problems rectified. Bank management initially dismissed the concerns and suggested that civil society only raised these issues in order to influence the ongoing review of the World Bank’s safeguards (see Observer Autumn 2016). This dismissal implied a reckless disregard for the truth, or worse, a conscious desire to avoid responding to the allegations. The Bank’s eventual attempts to ‘investigate’ consisted of large community meetings in which attendees were reportedly asked publically if “anyone here has been raped”. When no affirmative responses were forthcoming, the Bank continued to deny that sexual exploitation was occurring.

Communities and civil society refused to accept the Bank’s dismissal of their concerns and eventually the Bank organised a joint mission with the Uganda National Roads Authority and Joy for Children Uganda, although even at the beginning of that visit they tried to hold only large group meetings. It was not until Joy for Children Uganda demanded that community members be allowed to voice their concerns in private that more productive conversations began.

Nine months after the community first raised concerns to the World Bank country office, the most serious issues remained unaddressed. Continued inadequacy to resolve community concerns around sexual exploitation and inadequate compensation culminated in a September 2015 request to the Inspection Panel (IPN, the World Bank’s accountability mechanism) to conduct an investigation. Within a month, the Bank suspended financing for the project and ultimately cancelled it in December 2015, stating that “the multiple failures we’ve seen in this project … are unacceptable”  The cancellation was met by community disappointment, as the Bank’s withdrawal could make it more difficult for grievances to be addressed given that the Ugandan government continued with the project using its own funds.

In the aftermath of the cancellation, the Bank instituted remediation measures to address the problems created by UTSDP, including support for affected girls and their families. However, this support was sporadic, with an absence of a comprehensive or systematic method for instituting and monitoring Bank support. In August 2016, the World Bank suspended all new lending to the government of Uganda due to “outstanding performance issues in the portfolio, including delays in project effectiveness, weaknesses in safeguards monitoring and enforcement, and low disbursement.”

Ultimately, the World Bank failed in its responsibility to monitor and supervise the project. The Bank acknowledged their missteps in the press release announcing the project’s cancellation, stating that there had been “inadequacies” in Bank project management. The Bank failed to prevent harms to young girls particularly because of its inappropriate risk classification of the project, with UTSDP classified as a category B project rather than a category A project, which meant there were less stringent requirements for assessment and monitoring. However, the local context implies that there was significant risk of sexual violence in Uganda, which should have required heightened prevention and mitigation measures.

The IPN carried out a full investigation into the project and published a report, approved by the Bank’s board in late November 2016, which substantiated the allegations made by community members in Uganda. Management’s failure to address these issues was also deemed to be in violation of Bank policy. The report chastised the Bank for its initial failure to respond and somberly noted that “social change triggered by the Project is a reminder that building a road is never just about land acquisition, monetary compensation, and construction. It is also about coping with difficult, social, structural changes.”

In response to the IPN report, the World Bank produced an Action Plan, also approved in November 2016, detailing steps to remedy the violations of policy. One measure that was immediately instituted was the creation of a Gender-Based Violence Task Force that has potential to create meaningful change, however, there is still uncertainty as to whether there will be sufficient monitoring mechanisms to ensure implementation and maintenance of its recommendations. Additionally, the Bank produced a document on lessons learned, which details the institutional failures that caused irreparable harm to Ugandan community members in depth, while also including plans on how to avoid these types of failures in the future. Such measures include changes in staffing on projects (such as including social safeguard specialists, social scientists, anthropologists, etc.) and a guidance note on how to address challenges related to an influx of project workers. These are significant positive steps but it remains to be seen whether the Bank’s promise to undertake “systemic institutional changes in how we respond to violations of our safeguard policies” as a result of this case will be implemented effectively.