How the World Bank is ‘nudging’ attitudes to health and hygiene

Health care for the few: the IFC’s Health in Africa initiative 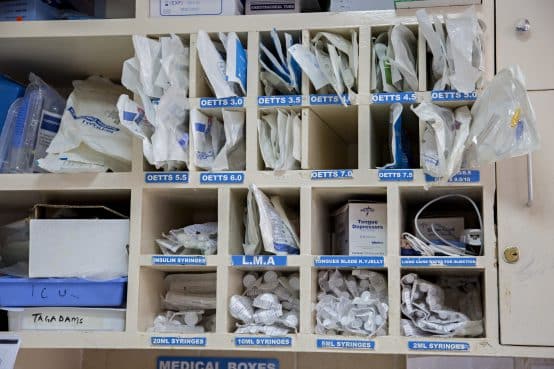 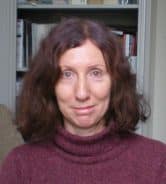 by Jane Lethbridge, University of Greenwich

This briefing analyses the role the World Bank Group, and in particular the International Finance Corporation (IFC), plays in promoting health care privatisation in low income countries. The IFC’s push for the PPP model, as well as its preference for healthcare ‘provision’ and the results-based payment approach, collectively undermine the human right to universal healthcare and the achievement of the SDGs. Despite this, the World Bank Group (WBG), together with other multi-lateral and development agencies, such as the UK’s Department for International Development (DFID), have been promoting health sector privatisation for over two decades. Through lending and the provision of technical support, the WBG has overwhelmingly been pushing decentralisation, public-private partnerships (PPPs) and the legislative and managerial changes required to implement these policies in the healthcare sector.

There was little evidence collected to show that PPPs actually did help poor people.IEG

The role of PPPs in healthcare privatisation

The use of PPPs has been one of the main policies used by the WBG to expand healthcare privatisation. The rationale behind PPPs is that the private sector raises the capital needed for new development projects, such as a hospital or a service, and this supports the government sector in providing healthcare more affordably and efficiently. The International Finance Corporation (IFC, the Bank’s private sector lending arm) has made investments in private sector healthcare companies in amongst others, India, China, Turkey, Kenya and Colombia, which all have expanding corporate healthcare sectors.

PPPs have been widely criticised. For instance, there is extensive evidence that PPPs do not necessarily reduce costs for the government sector and often involve long-term contracts that have damaging effects on public sector funding because of the high costs of repayments. A 2015 report by Belgium-based NGO-network Eurodad found that PPPs can be the most expensive way of financing health infrastructure projects and are often coupled with increased public expenditures. The long-term impact of PPP payments on the public sector is now beginning to be felt, as completed projects are being found to weaken the budgets of public health services. There is also considerable risk involved in PPPs for public institutions (see Observer Summer 2016).

The complexity of PPP contracts and the resulting high transaction costs mean that only large companies are bidding for contracts. This limits the choice of private sector partners for governments, which limits competitiveness and undermines the claim that PPPs drive efficiency. Further, there is little evidence of increased health service efficiency from PPPs and there is a lack of transparency in PPP contract negotiations, which obscures the profits being made and limits public accountability of projects.

One way in which the WBG promotes the privatisation of health care services is by providing advice and co-financing new initiatives through the 2008 ‘Harnessing non-state actors for better health for the poor’ (HANSHEP) initiative, which brings development agencies, governments and charitable foundations together, to improve the performance of the private and not-for-profit sector in delivering healthcare to poor people. One example of a HANSHEP project is a ‘Pilot for PPP Advisory Facility’ where the IFC worked with DFID between 2012 and 2016 to provide advice to governments in developing and implementing PPPs.

The IFC has also recently helped to negotiate PPPs in three poor Indian states. In one deal, two private healthcare providers were awarded a $2 million contract and a $360,000 concession over 10 years. The Telegraph, an Indian newspaper, reported in 2015 that low income groups were facing difficulties in accessing services of these companies which were supposedly free. For example, at the Rajendra Institute of Medical Sciences (RIMS), a health service PPP that the state government was advised to select by the IFC, there was a dispute in 2015 about whether the government would pay for tests which are also available at RIMS.

The IFC has also advised governments on negotiations for two new hospital PPPs in Bhuhaneswar and in Bihar (Patna). The Bhuhaneswar Health Network will have a new hospital built and managed by the KPC Group, a US-Indian hospital group, with a $35 million contract. The new Bihar (Patna) PPP Design, Build, Finance, Operate, Transfer (DBFOT) hospital will be built and managed by the Global Health Patliputra Private Ltd (GHPPL), a unit of Medanta the Medicity, one of largest multi-specialty hospitals in India. Both these new hospitals have concessions or contracts of over 30 years. This is a long time for the public sector to be paying for services from the private sector and neglects any future changes in the way in which healthcare is delivered. The IFC advice supports PPPs which contribute to the expansion of Indian commercial healthcare companies, rather than focussing its advice on assuring health outcomes.

Concerns have been raised by civil society organisations about international financial institutions (IFIs), governments and corporate bodies that promote PPPs and use their public funds to subsidise private profit through the PPP model and the conflicts of interest this creates (see Observer Spring 2016, Summer 2016). For instance, international legal, accounting and consultancy companies, such as Price Waterhouse Coopers (PwC), are firstly commissioned by national governments to provide advice on how to best deliver healthcare and are then commissioned to consult on how to implement PPP health projects, following their own advice.3 Similar concerns apply to the IFC, which provides technical advice to governments encouraging the use of PPP’s whilst subsequently investing in these PPPs itself. This process of international lobbying for PPPs has impacted public policy debates by following the PPP trend rather than focusing on how to reach social and economic objectives through the creation of publicly funded and managed infrastructure.

In 2016, the Independent Evaluation Group (IEG), which evaluates the effectiveness of the WBG, published an evaluation of healthcare PPPs and found that there are several problems with the way in which the Bank has implemented PPPs in the health sector. The IEG questioned whether “WBG advice had been strategic enough with respect to laying out all options for the provision of health services in a given country”.

For example, the IEG found that only one out of the Bank’s twelve strategic option reports had considered public procurement. The IEG recommended that “it should become Bank Group practice to ensure that the public option is at least considered and systematically assessed.” The IEG also found that there was little evidence to show that the fiscal implications of PPPs had been considered, although many of the PPPs depended on the government of payment of services. Moreover, although PPPs partly aimed at increasing access to health services by poor people, there was little evidence collected to show that PPPs actually did help poor people.

Recently, the policy of universal healthcare coverage as opposed to provision has been widely promoted by the World Health Organization (WHO) and the WBG. Universal healthcare coverage involves the creation of health insurance schemes which allow people to access healthcare facilities run by public, private and not-for-profit sectors. Often, these schemes are only available to people working in the formal sector with regular incomes, though the majority of people in low income countries work in the informal sector with small and erratic incomes and are unable to pay into even small scale health insurance schemes. A policy of universal healthcare provision on the other hand dictates that the government guarantees the actual provision of healthcare services to everyone, irrespective of income, status, etc, rather than offering what is in effect hypothetical ‘access’.

In this regard the IFC has funded several projects which cover the creation of health markets and market innovations, health enterprises and the development of PPPs. Oxfam’s 2014 review of the IFC’s Health in Africa scheme, for example, found that the IFC invested $6.1 million in a Nigerian company, Hygeia, to subsidise health insurance for 22,500 low income IT workers in Lagos for five years. This unsuccessful scheme assumed workers to be in the formal sector. The cost for individual consumers was initially calculated at $10 per year, but by the end of the fifth year this had risen to $55 because the IFC subsidy was reduced and the scheme failed to share risk among informal workers. Moreover, the scheme excluded cancer treatment, intensive care, family planning and any major surgery. These are all types of healthcare which could have a financially catastrophic effect on a household if payment out-of-pocket was required. The design of this scheme was flawed. A more effective way of securing the human right to health for the majority of the population is provision of health care directly to citizens, because payment does not act as a barrier to access in that model.

Another relevant development in this area is that many recent World Bank projects show that the ‘results-based payments’ or ‘performance-based financing’ approach has been introduced. The underlying principle is that funding is only provided to health facilities if they provide services which have a direct and demonstrable impact on health outcomes. For example, the Health Strengthening Programme in the Democratic Republic of Congo (DCR) has used ‘results-based payments’, which pays for outcomes and results rather than inputs. An October 2015 evaluation of the programme showed that there were difficulties in collecting data and designing appropriate indicators to assess health care outcomes.

‘Performance-based financing’ in health is an integral part of World Bank projects in Burundi, Nepal and Cameroon. An underlying assumption of this approach is that health workers need financial incentives if they are to deliver services efficiently and effectively. A 2003 government of Uganda pilot contracting scheme designed to improve the quality of and access to health services at private not-for-profit health facilities used a performance incentive scheme to improve the practice of health workers. The World Bank’s evaluation of the project found that health facilities responded positively to the opportunities to use extra resources but, when compared to control groups, facilities which were expected to meet targets in order to receive bonuses performed less well than others. This example demonstrates that the WBG’s orthodox approach to incentive structures does not necessarily apply in the healthcare sector, undermining the rationale for applying a ‘performance-based financing’ approach.

The WBG and the IFC should test their basic model of development, dependent on the privatisation of public services, to see if it is effective in promoting human rights and development outcomes. In the health sector, the WBG and the IFC should re-consider the current model of building a private healthcare sector for middle income users, leaving low income groups to use public facilities.4 Financing healthcare from public funding, with a system of universal services and shared risk, has been found to produce better outcomes for low income groups. This evidence should be used to inform future WBG and IFC health policies.

by Jane Lethbridge, University of Greenwich

How the World Bank is ‘nudging’ attitudes to health and hygiene

Health care for the few: the IFC’s Health in Africa initiative