Report of the Independent Expert on the effects of foreign debt and other related international financial obligations of States on the full enjoyment of human rights, particularly economic, social and cultural rights 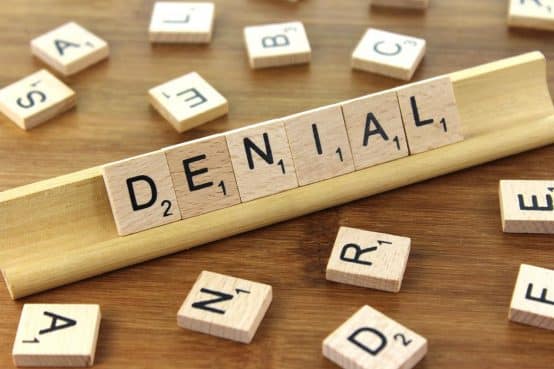 In June, the IMF published its much-touted policy paper, Social Safeguards and Program Design in [Poverty Reduction and Growth Trust] PRGT and [Policy Support Instrument] PSI-Supported Programs, discussing how its loan programmes have affected social protection policies in developing countries over the period of 2010-2016. In a recent IMF blog, Managing director Christine Lagarde summarised the findings succinctly: “health and education spending have typically been protected in low-income country programs.” If true, this would be welcome news for the developing world.

The IMF paper suggested that nearly 90 percent of IMF programmes in low-income countries since 2010 included policy reforms stipulating minimum expenditures for social policy—typically health and education—and other priority areas. At the same time, fiscal deficit reductions were purportedly mandated by only half of all low-income programmes during the same period. The paper also claimed that, over the past two decades, IMF programmes had no effect on public health spending and actually increased public education spending.

Alas, the IMF’s assessment is methodologically flawed, and the organisation remains disconnected from the global political zeitgeist on universal social protection.

The IMF appears to operate within a self-referential dialogue that is cut-off from the international policy consensus. Alexander Kentikelenis and Thomas Stubbs

The IMF’s assertion that low-income country programmes promote social protection is underpinned by analyses showing that nearly all include social spending floors, only half call for fiscal deficit reductions, and that public health and education spending remains unchanged or has increased. However, this analysis is misleading.

Available evidence on priority social spending floors shows that while they are included in most programmes, governments only implement them half the time. At the same time, conditions that aim to balance the budget, i.e. cuts to spending, are met almost all the time in years where priority spending floors go unmet, strongly suggestive of the IMF’s true priorities.

A further indication of the IMF’s priorities is the stringency of these targets. Budget balance ceilings typically appear as binding conditions, which means they directly determine whether or not an IMF programme will continue. Social spending floors are most often non-binding conditions that serve as markers for broader progress assessment, but do not automatically suspend a programme if unmet.

Finally, the IMF’s analysis on public health and education spending does not hold after methodological scrutiny. This new research demonstrates that, contrary to IMF findings, its programmes have no effect on education spending and a negative effect on health spending. Its results show that entering into an IMF programme decreases public health spending, on average, by 1.7 percentage points as a share of GDP.

The recently agreed Sustainable Development Goals (SDGs) provide a vision of a “world with equitable and universal access to quality education at all levels, to health care and social protection”. Remarkably, acknowledgement of the SDGs was entirely absent from the IMF paper, despite being adopted unanimously by the United Nations General Assembly.

To the contrary, in this paper and many others, the IMF explicitly endorsed the development of targeted social assistance. In acknowledging the challenges of limited financial resources to fund social protection, the IMF advocates better targeting of the poor, rather than appealing to options consistent with the SDG agenda, such as financing universal social protection systems through greater international partnership (i.e. Goal 17).

Despite the current objectives of the international community on social protection, the IMF continues to maintain and pursue an opposing policy position. The IMF appears to operate within a self-referential dialogue that is cut-off from the international policy consensus. A look at the paper’s reference list strongly supports this idea: out of the 22 studies cited in the paper, only one is not conducted by its own staff.

Consequently, it is no surprise that the paper’s recommendations require no changes to IMF policies on social protection. The paper’s conclusion would be difficult to sustain on the basis of the ample available evidence that exists outside of the IMF’s self-congratulatory ideational silo. In this universe, the picture painted of the IMF is less rosy: programmes are linked to an array of detrimental social outcomes, ranging from failing health systems to civil wars (see Observer Winter 2015).

Meeting internationally agreed-upon standards for universal social protection will require the collaboration and coordination of a diverse range of global actors, including UN entities like the IMF. The SDGs offer not only a template to structure these policy debates, but an opportunity for the IMF and other international organisations to fundamentally transform their policies and practices.

In doing so, the objective of social protection needs to be put in appropriate context. Rather than a minimalist agenda encompassing primarily health and education interventions for the most vulnerable, it is a comprehensive framework towards the highest attainable standard of economic, social and cultural rights, as codified by the international community. Indeed, a recent report by the UN Human Rights Council draws attention to the devastating impact of structural adjustment programmes on labour rights—a key contributor to human well-being (see Observer Spring 2017, Spring 2016) .

Minimalist policy agendas offering limited services to the most vulnerable did not work in the past, and there is little reason to believe that they will work now. As Richard Titmuss, a key architect of the British welfare state, explained half a century ago: “Services for the poor are poor services.” The international community has an obligation to avoid mistakes of the past, and ensure that universally agreed goals—like the SDGs—are an integral part of all policy efforts.

Report of the Independent Expert on the effects of foreign debt and other related international financial obligations of States on the full enjoyment of human rights, particularly economic, social and cultural rights