Bridging the gap: scaling up investment into Africa's infrastructure 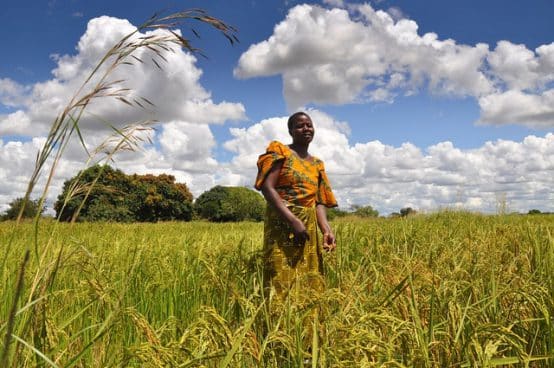 An April report by US human rights NGO Inclusive Development International (IDI) exposed the International Finance Corporation’s (IFC, the World Bank’s private sector lending arm) complicity in land grabbing across Africa through its investments in financial intermediaries (FIs), as well as negative environmental and social impacts. The report covered land grab cases of 11 projects backed by IFC FI clients to the sum of 700,000 hectares, and showed that “the IFC is indirectly funding some of the most harmful investment projects in the world.” The report is part four of a series following the trail of IFC money and its environmental and human rights impacts.

Between 2010 and 2015 the IFC invested or leveraged over $50 billion in the financial sector with no public disclosure of the final destination of the funds, meaning, as IDI claimed, “the World Bank Group can frame the deals in terms of job creation and poverty reduction – when in fact the funds often flow to projects that undermine these goals.” At the same time, the report noted that investments in FIs that support ‘high-risk’ projects have increased 300 per cent between 2013 and 2015, from $450 million to $1.3 billion. As previous CSO reports and findings from the Compliance Advisor Ombudsman (CAO, the IFC’s accountability mechanism) demonstrate, IFC investments in high-risk FI projects have had disastrous consequences for affected communities (see Observer Spring 2017 and Spring 2016).

One case concerns the AngloGold Ashanti gold mine in Kintinian, Guinea which the IFC financed via a $140 million loan in 2007 for a minimum of 10 years to South African bank Nedbank for cross-border lending and capital-intensive projects, including for resource extraction. The IDI report found that in 2015 Nedbank supplied two-thirds of a $105 million general purpose loan to AngloGold Ashanti, the world’s third biggest mining company. The study reported that 380 families were forcibly evicted in 2015-2016 with a further 150,000 people under threat of eviction whilst facing health risks from cyanide pollution of the local water sources. A community member interviewed by IDI said “I signed over my land with a soldier pointing a gun at me. I had no choice”. Others told of being forcibly removed from their home, beaten and shot at by security and defence forces working at the behest of the mining company.

Data from a paper by research initiative Global Land Project (GLP) based on media reports showed that from 2008 to 2010 between 53 million and 61 million hectares of land were assigned in land deals or were under negation in 27 African countries. The GLP paper found that the majority were acquired for biofuel production by private businesses and by Gulf and East Asian countries for food and fuel production, though noting that “consistent information about the purpose of the investment in the different recipient countries is lacking”. CSOs have expressed concern about the role of international financial institutions in promoting an “enabling environment” through national policies for capital investment, including the IFC through its advisory services, and the Bank’s ‘cascade’ principles (see Observer Summer 2017).

The IDI report stated it refuted the IFC’s claim to no longer bear responsibility in some of the cases where loans have been repaid: “in none of these cases does the reported divestment relieve the IFC and its clients of their responsibility for contributing to the alleged harms during the period in which they were exposed to the projects.”

IFC vs CSO and CAO

In an April article published on news site Medium, IFC CEO Philippe Le Houérou conceded that the “IFC cannot have the same level of oversight of the sub-projects supported by our FI clients as with our direct investments”. He argued that critics of IFC investments are “not focused on the financing itself – buts its indirect impact”. He went on to outline changes the institution will make in its lending and policy to “create a more responsible banking system.” The four proposals concern the relationship between the IFC and financial sector regulators. In addition a working group will be established with financial stakeholder to explore a voluntary disclosure framework for sub-clients and projects.

In response, while CSOs welcomed some of the changed emphasis in the article, a letter signed by 20 European and US CSOs demanded full and comprehensive disclosure of project information and corresponding environmental and social assessments. Specifically, it asked for a “clear stipulation of how the funds must be used in the legal agreement”; a “separation of funds in a separate account at the FI”; and for “reporting on the use of funds, subject to external audit”. It demanded that “disclosure should be a mandatory requirement for accessing IFC funds” as, without this, “neither the IFC nor stakeholders have any way to assess whether financial intermediaries are living up to their environmental and social obligations.” The letter ended by demanding that the IFC fully support the mandate of the CAO, “respecting its independence and ensuring it has adequate resources to carry out its task.” It called for a change in the “defensive and unconstructive positions” of the IFC in relation to the CAO which remains a vital recourse mechanism for communities affected by the Banks policy, projects and investments.

Bridging the gap: scaling up investment into Africa's infrastructure