Deregulating labour markets: how robust is the analysis of recent IMF working papers? 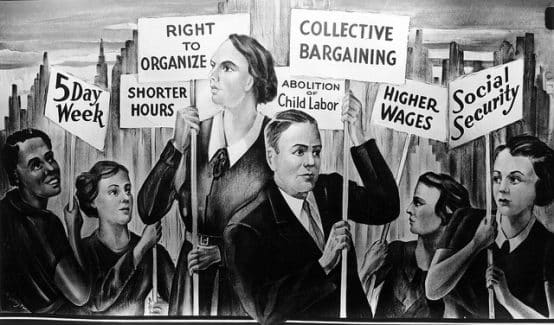 A March IMF policy paper on Labour and product market reforms in advanced economies: fiscal costs, gains, and support postulated that, “persistently sluggish growth has led to growing policy emphasis on the need for structural reforms that improve the functioning of labour and product markets in advanced economies”. Amongst the reforms considered are “lower entry barriers for firms” and “reducing the level or duration of unemployment benefits where particularly high” during weak cyclical conditions.

Its main findings included that such reforms can raise output and thus strengthen public finances, for example, “unemployment benefit reforms improve fiscal outcomes both indirectly and directly through lower spending.” In line with IMF policy, the report makes a case for temporary fiscal stimulus but only where there is “available fiscal space” (see Update 55), although “a strong commitment to reforms is an essential prerequisite.”

Commenting on the paper, Cambridge University political scientist Bernhard Reinsberg found that “it is laudable that the IMF acknowledged that fiscal stimuli may be necessary not only to stimulate the economy after a financial crisis but also to facilitate structural reform.” However, he questioned the study’s assumption that labour market reforms are necessary to unleash growth. He cautioned that “labour regulations are vital to the protection of worker interests in marginalised places of the global economy. The results presented in the IMF staff note thus cannot be applied to the majority of countries around the globe.”

Labour regulations are vital to the protection of worker interests in marginalised places of the global economy. Bernhard Reinsberg, Cambridge University

The consequences of the policies proposed by the Fund are inconsistent with findings of UN independent expert on the effects of foreign debt, Juan Pablo Bohoslavsky. In reviewing the impact of international financial institution-supported austerity measures, he found little evidence that labour deregulation results in increased employment, referencing a 2012 International Labour Organisation study that noted that “from low levels of employment protection regulation to an average level of regulation, employment levels tend to be positively associated with more stringent regulations” (see Observer Spring 2017).

The World Bank Group’s (WBG) approach to labour rights came under recent scrutiny by the International Trade Union Confederation (ITUC). In April’s issue of International Union Rights Magazine, the lead article by Peter Bakvis, Orthodoxy, evidence and action: Labour rights at the World Bank, charted developments in WBG theory and practice in its approach to labour markets, including it’s controversial Doing Business Indicator (see Observer Summer 2014 and Summer 2017), finding that “rhetorical advances have not always been matched by the Bank’s operations and country-level policy advice”. Bakvis wrote that although the Bank places itself at the vanguard amongst development institutions “in the area of ensuring respect for workers’ rights it has actually been a laggard.”

The article also criticised the lengthy phasing-in and implementation processes of a new labour safeguard as well as inherent weaknesses that will limit its efficacy, such as  requiring respect for bargaining rights and freedom of association only “in a manner consistent with national law”. Additionally, the World Bank’s analysis of the links between weakened labour market institutions and growing inequality lags behind the evolution of IMF research on the issue (see Observer Summer 2016 and Summer 2017).

In May, the IMF issued its concluding statement of the 2017 Article IV mission to Germany. The Fund recommended spending on infrastructure, childcare, refugee integration and relieving the tax burden on labour to encourage growth. It further suggested that “pension reforms that make it attractive to work longer would increase old-age income, boost potential output, improve the fiscal outlook, and reduce the need to save for retirement.”

The mission also called on the government to encourage “robust wage growth” so as to contribute to but not reverse earlier labour reforms that helped foster lower wages and to be “prudent” in setting the level of the minimum wage. Bakvis noted that the IMF has only recently, and very cautiously, begun to reverse its anti-wage growth advice for Germany: “From the creation of the euro in 1999 until 2011, the IMF counselled Germany to practice wage moderation, thus contributing to the intra-Eurozone trade imbalance that the Fund is now expressing concern about.” Bakvis highlighted the inconsistency of the IMF’s advice by noting that “in 2006 the Fund told the government that ‘minimum wages would be a serious policy error’, even though Germany was among only a few developed countries not to have one. In 2014 the government finally adopted a minimum wage despite IMF opposition predicting that it would exacerbate unemployment. After the minimum wage entered into effect in 2015, the Fund admitted it found no evidence of that; Germany’s unemployment rate had actually fallen.”

Deregulating labour markets: how robust is the analysis of recent IMF working papers?