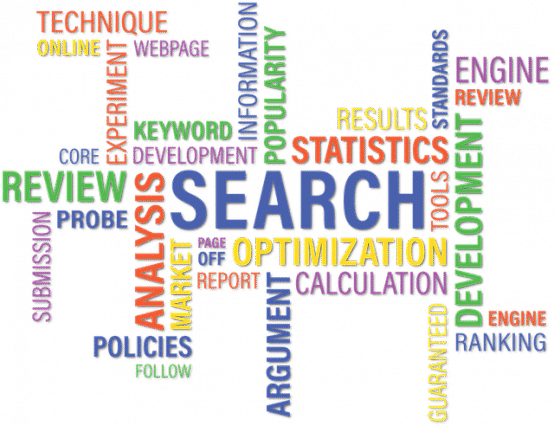 This Inside the Institutions looks at the Doing Business report and retraces key steps in its history and development, explains how ratings are calculated and outlines some of the main criticisms regarding its methodology and ideological background.

The Doing Business report (DBR or Doing Business ranking) compiled by the World Bank is a report that looks at eleven aspects of business regulation (the “topics” or indicators) across 190 economies and ranks them on ten of the aspects measured. At the heart of the Doing Business rankings is “the notion that economic activity, particularly private sector development, benefits from clear and coherent rules” (Doing Business 2017). The eleven areas of business regulation covered by the Doing Business report include the ease of starting a business, dealing with construction permits, getting electricity, registering property, getting credit, protecting minority investors, paying taxes, trading across borders, enforcing contracts, resolving insolvency and employing workers. This year’s Doing Business 2017: Equal Opportunity for All for the first time adds gender components to three indicators, namely starting a business, registering property and enforcing contracts.

History of the DBR

In the 2017 DBR, the Bank asserts that the role of regulation in clarifying property rights, easing the resolution of disputes and enhancing the predictability of economic interactions justify the indicators used in the publication. As the Bank’s current chief economist and senior vice president Paul Romer declared, the report originally draws on the Peruvian economist Hernando De Soto’s 1980s work and his belief that measurements and rankings encourage governments to adopt more efficient and simple regulation. The idea was subsequently developed by the Bank’s then chief economist Joseph Stiglitz in the 2002 World Development Report (WDR) Building Institutions for Markets. The background research conducted for the 2002 WDR resulted in the creation of the first Doing Business report in 2004 by the International Finance Corporation (IFC, the World Bank’s private sector lending arm). The 2004 DBR found that “heavier regulation [i]s generally associated with more inefficiency in public institutions”.

Two measures: how the DBR works and its fundamentals

The distance to frontier score is assigned on a scale from 0 to 100, with 0 representing the perceived worst performance. The latter captures the distance between an economy’s performance and the measure of best practice across the range of Doing Business indicators, which are subsequently weighted equally to calculate the final score. The measure of best practice is calculated every five years by the World Bank’s research department and is equivalent to the value of the country that showed the best performance, and thereby “set the frontier” for each different topic.[1] Hence, the distance to the frontier score shows the absolute distance to the best performance on each Doing Business indicator. This is meant to demonstrate how much a country’s regulatory environment has changed over time in absolute terms. For example, in 2010 Rwanda scored 57.88, that is, the economy was 42.12 percentage points away from the measure of best practice, which is equal to 100. Rwanda’s score of 69.81 in 2017 therefore reflects an overall improvement, according to DB standards.

The ease of doing business ranking ranges from 0 to 190 and is calculated by sorting the aggregate distance of all economies to the frontier scores on ten topics. It shows how much the regulatory environment has changed over time in comparison with that of other economies. For example, Macedonia ranked 10 in the latest ease of doing business ranking 2017, up from 75 in 2008. The country has been among the top improvers in the Balkan region since its government’s move towards deregulation in 2006.

Influence and development of the DBR

Within a few years of the DBR’s launch, these rankings had assumed the status of the “World Bank Group’s flagship initiative” and significantly influenced private sector country policies. For instance, in 2014 alone more than 70 per cent of sub-Saharan African countries implemented at least one reform to enhance business deregulation as promoted by the DBR, and, at the same time, moved up in the rankings. Currently, at least seventeen other data projects or indexes use DBR data as their source, including the World Economic Forum and the Heritage Foundation. However, no review of the DBR was carried out until 2008, when the Independent Evaluation Group (IEG) of the World Bank assessed the methodology and quality of the report. The IEG praised the rankings for drawing attention to the regulatory burden of private businesses, but warned that these parameters were incomplete since they neither include all the aspects of a country’s business climate, nor the benefits of regulation for society, rather than individual firms, as a whole. In sum, according to the IEG, “DB measures the costs but not the benefits of regulation”. It also recommended making the process of collection and calculation of data more reliable and transparent, as well as increasing and diversifying the number of informants from which data are collected. Lastly, it advised the revision of the paying taxes indicator.

In October 2012, another evaluation was conducted by a dedicated independent panel appointed by World Bank president Jim Yong Kim and chaired by former South African minister Trevor Manuel. The panel’s June 2013 report was highly critical of the Doing Business rankings. In particular, it accused the composition of measures used in the DBR of being “misleading” since they ignore the social benefits of regulation and rely on “sources with a relatively narrow perspective on the business environment”. Of special concern for the panel were the paying taxes and employing workers indicators, which also have continually been opposed by civil society and trade unions for lowering standards and their deregulation bias. Other critical remarks pointed to the absence of a regular formal external review of the report, the contentious use of aggregate rankings (of which the panel suggested the removal) and the lack of “scientific evidence to support the report’s current selection of indicators”. The panel’s report raised further doubts over the evolution of the ranking beyond its claimed informative function, thereby acquiring a prescriptive and normative role.

In 2015, perhaps influenced by the DBR’s critical evaluations mentioned above, responsibility for the report was shifted from a joint World Bank – IFC unit and is it now housed in the World Bank’s Research Department within the World Bank Group.

The controversy raised about the employing workers indicator prompted the World Bank to exclude it from the main body of the DBR in 2009 (see Observer Summer 2017). Despite some changes made by the Bank after 2009, civil society organisations, trade unions, national governments, UN agencies and the 2013 panel alike condemned the indicator particularly for assigning higher rankings to countries with less stringent labour regulations, thereby encouraging a “race to the bottom” in the area of worker protection in contravention of International Labour Organisation (ILO) standards (see Update 83). Despite it being excluded from the DBR’s main text, the employing workers indicator is still compiled and included in an annex of the DBR.

From an ideological point of view, national governments, civil society organisations, as well as UN agencies, such as the ILO, have contested the linear relation between fewer labour regulations and a better business environment assumed by the World Bank labour indicator. This is exemplified by the fact that eight of the Doing Business 2017 ‘top 10 improvers’ – Kazakhstan, Kenya, Belarus, Serbia, Georgia, Pakistan, the United Arab Emirates and Bahrain — have shown, according to The International Trade Union Confederation (ITUC) research, poor and, in some cases, worsening workers’ rights. While the labour indicator is not part of the ranking, the fact remains that despite the poor labour rights record of the above-mentioned countries, they have nonetheless been ‘rewarded’ as DBR ‘top improvers’. While the Bank argues that some studies have supported its contention that labour market regulation can have an impact on aggregate employment, civil society and labour rights advocates echo the concern voiced in the 2013 panel’s report that the evidence of the relationship is “mixed and suggestive at best”, reflecting correlation rather than causation and unlikely to be useful for country-level analysis (see Update 84; Observer Autumn 2013, Observer Spring 2017 ).

For the same reasons, the 2013 panel had advised the removal of the employing workers indictor it advised the removal of the paying taxes indicator. The paying taxes indicator has been argued to push countries to lower controls on capital, as well as to penalise countries that have mandatory employers’ contributions to programmes on pensions or health care, making countries more likely to remove those mandatory contributions and thus undermining the provisioning of health care and pensions. For instance, in February 2017 India’s finance minister Arun Jaitley announced, among other measures, a simplification of labour laws and a reduction of tax rates for small firms in its endeavour to improve India’s ease of doing business ranking.

Countries such as India also contested the ranking’s methodology, noting that they are “not robust” (see Update 85). The criticism was part of a formal letter of complaint sent by the Indian Minister of Finance to the World Bank in 2013 in relation to the use of only the largest city in the country, Mumbai in this case, to calculate the land acquisition indicator. Fearful of the consequences of a low ranking, India is noting that this method of calculation may not reflect the wider national picture. Following some changes in 2015, for economies with a population of more than 100 million, data for a second city are now added to the data set and the ranking calculation of the report.

Finally, criticisms focus on the way in which the Doing Business rankings calculate the “regulatory burden”. The DBR is accused of not taking into account the de facto regulatory environment and of considering only the legal framework without attention to its application. This means that Doing Business does not consider whether regulatory laws are implemented, how and whether there are informal barriers to doing business. For example, a country’s corporate tax rate may be very high and hence result in a low Doing Business ranking, but the reality may be different, with high tax avoidance, fiscal evasion and very few companies paying the full amount (Ocampo and Fitzgerald, 2017). Similarly, a country’s labour regulations can seem very “stringent” on paper, but the courts may be more lenient in their interpretation and application of the law, thereby resulting in a de facto labour market flexibility (Berg and Cazes, 2007).

[1] However, for some topics, such as the strength of legal rights index, the frontier is set at the highest possible value.