The World Bank and education: critiques and alternatives

The World Bank’s doublespeak on teachers: An analysis of ten years of lending and advice, Clara Fontdevila and Antoni Verger

What do teachers know and do? does it matter? evidence from primary schools in Africa

The World Bank and education 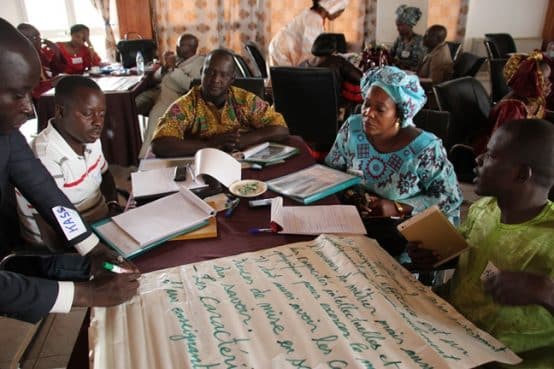 A critique of the World Bank's education Development Report's narrow focus. To get education right, the World Bank must go back to basics and focus on funding established national policy, rather than developing it.

The official launch of the World Bank’s first World Development Report (WDR) dedicated to education, tentatively titled Learning to Realize Education’s Promise, is imminent and there is great expectation among education sector activists and policy makers. NGOs have expressed their concern with the perceived “narrow approach” of the report (see Observer Spring 2017), which focuses on what the Bank calls the “learning crisis”, forgetting that access and equity problems remain unresolved. While I share this view, my main concern is that the WDR 2018 will be a missed opportunity to reshape the education policy debate. The Bank claims its objective is to “get education right”, and to achieve that it will take stock of its 55 years of engagement with the sector. But will the report reflect critically on the effectiveness of its policy advice? Is the Bank really willing to learn from experience and accept that, just as any other actor in the education field, it sometimes gets it wrong?

Regrettably, there are clear signs that this will not be the case. The Bank’s stocktaking exercise seems more concerned with reinforcing ideology-based policy advice than with providing sound, evidence-based guidance. Check out the opinion polls the Bank has been running to inform the report. It is interested in whether you would “choose to attend the best private or public school in your hometown” or whether you agree “that trade unions are a binding constraint to reform”. One can only wonder what kind of policy will be informed by such questions. One only needs to skim through a WDR background paper to find out teachers know next to nothing and are teaching “just over half the scheduled time”. Clearly, for the Bank, teachers and their unions are to blame for the “learning crisis”. For more evidence, see The World Bank’s doublespeak on teachers, by Fontdevila and Verger.

The World Bank is today the world’s largest provider of finance to the education sector. From a shy debut in 1962, with a $5 million credit line to build six schools in Tunisia, it dramatically expanded its operations, disbursing more than 2,300 education loans and grants to date. Surfing the “Education for All” wave since 2000, the Bank disbursed over $45 billion in 134 countries (see Update 49), and that figure does not include International Finance Corporation (IFC, the Bank’s private sector arm) support for the private sector. Granted, taking stock of 55 years of loans, grants, research and policy advice is a herculean task and it is likely that many key documents that could further the Bank’s thinking will be forgotten. There are two documents in particular that I do hope the WDR team will take into account, because there are key lessons to draw from them: the Bank’s first education policy document, from 1963, and the 2005 Economic growth in the 1990s: learning from a decade of reform report.

The Bank’s engagement with the education sector evolved from a simple school-building exercise to a complex and controversial policy advice operation of global reach. However, the 1963 memorandum by the Bank’s fourth president, George David Woods, articulated a rather down-to-earth approach: the Bank should focus on providing the funding necessary for UNESCO to be effective. For Woods, the Bank should regard UNESCO as “our technical arm in the education sector”. The Bank should focus on funding education policy, not developing it. Woods’ advice was ignored: the Bank has become a prolific producer of policy, in clear competition with UNESCO.

The Bank’s education policies have been extensively critiqued (see Update 86, Bulletin May 2014) and it is beyond the scope of this article to summarise years of scholarly efforts. For a thorough analysis, I would recommend Klees, Samoff and Stromquist’s 2012 brilliant World Bank and Education: Alternatives and Critiques. Personally, having followed the Bank’s work on education for nearly 20 years, reviewing projects and evaluating their impact in the field with teachers and their unions in over 50 countries, my fundamental concern is that the Bank’s education team seems to ignore one of the key conclusions of the Bank’s effort to learn from 1990s reform, that “there is no unique set of rules” for economic growth, just as there are no one-size-fits-all recipes for successful education reform. And yet, the Bank’s flagship System Approach to Benchmarking Education Reform (SABER) programme provides ministries of education with standardised advice on, among other things, how to promote private education and make public sector education unions less influential in the process.

For the World Bank to finally get education right, it must accept that education policy is best developed at national level. Going back to basics, that is, focusing on funding policy rather than developing it, and learning from the 1990s that reform should be country-specific, is a good start.

The World Bank and education: critiques and alternatives

The World Bank’s doublespeak on teachers: An analysis of ten years of lending and advice, Clara Fontdevila and Antoni Verger

What do teachers know and do? does it matter? evidence from primary schools in Africa

The World Bank and education