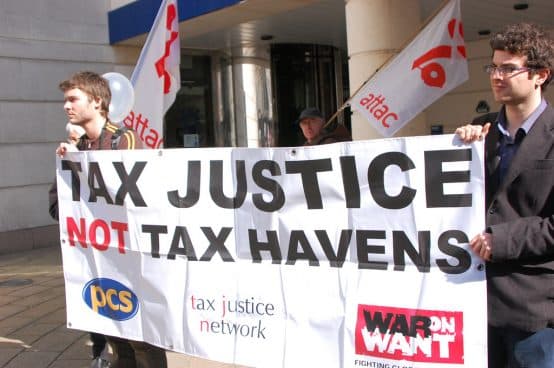 In February the World Bank’s Independent Evaluation Group (IEG) published a report on lessons learned from the Bank’s support for tax reforms. According to the report, one of the objectives of the Bank’s work on tax was to improve the investment climate. The report found that, “with a few exceptions, reviewed DPOs [development policy operations] did not specifically address the efficiency and equity of tax systems.” Covering $28.4 billion worth of projects from 2005 to 2015, the report noted that the large majority of support was provided through DPOs, which are used to support “a program of policy and institutional actions”, with only 11 per cent comprising investment projects.

The report also found that during the period under review, the Bank “did not have a specific strategy for domestic resource mobilisation (DRM)”, adding that DRM was seen as an element of “creating an enabling environment for private sector development”. While this seems well-aligned with the Bank’s explicit focus on leveraging private sector investment (see Observer Summer 2017), it is potentially at odds with the Bank’s goal of ‘increasing shared prosperity’. In contrast to the Bank’s lack of focus on equity identified by report, in February, IMF research concluded that “high inequality imposes a direct economic cost, in addition to … capture of the political process by elites, and a decline in social cohesion”. The Fund’s 2017 Programme of Work noted that it “will examine key choices regarding tax and expenditure policies for addressing rising concerns about inequality” (see Observer Summer 2017).

The Committee on Economic, Social and Cultural Rights, the UN body responsible for ensuring compliance with the Convenant on Economic, Social and Cultural Rights, noted in August that, “Lowering the rates of corporate taxes with a sole view to attracting investors … undermines the ability of all states to mobilise resources domestically to realise … [human] rights”, concluding that, “this practice is inconsistent with the duties of the states”. The IEG’s findings therefore raise questions about whether the Bank’s focus on improving the investment climate may have resulted in tax policies that contribute to tax competition and contradict its obligations, and that of its shareholders and clients, under international human rights law.

with a few exceptions, reviewed DPOs did not specifically address the efficiency and equity of tax systems.Independent Evalution Group (IEG)

As the IEG noted, DRM has become increasingly important in light of its “potential benefits for state-building … the fiscal impact of trade liberalisation [and] the financial and debt crisis in countries that provide development assistance”. Goal 17 of the Sustainable Development Goals includes an indicator on improving DRM in developing countries by improving capacity for tax and revenue collection.

Given the significant impact of the Bank’s DPOs, and echoing concerns raised by a 2015 IEG report, civil society has called for the World Bank to ensure that environmental and social safeguards, currently limited to project lending, are expanded to cover development policy lending, which now accounts for approximately 40 per cent of the Bank’s lending.